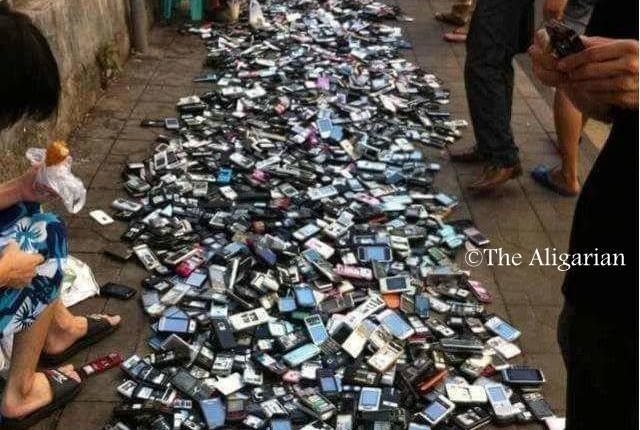 On the advent of Chinese Mobile Industry. Xiaomi, MediaTek etc.

Specifications kya hai?” My friend asked whilst checking out my phone.

Like a well-rehearsed salesman I parroted the specs in one go standing proud of my purchase.

“No, it’s manufactured by UMI” I replied, cautiously looking for a reaction.

Dejected, I took back my phone and walked on clutching the device in my hand.

It was the year 2012 and Chinese tech giants haven’t yet established themselves at the scene.

Such has become the mindset of the Indian shoppers that anything with a tag of Made in China was considered low quality and down market. This was a result of a culmination of a long drawn experience that started with the liberalization of the Indian economy in the ’90s.

Chinese electronic goods flooded the markets giving indigenous industries their first taste of competition. They were cheap, they were fancy and were readily available. First came the lot of good quality stuff imported by established players, and since the “bhartiya’ economy runs on word of mouth It quickly spread. Small scale businesses were not ready to miss out on the party and hence also started importing stuff directly from China.  But here was the catch, in order to maximize profits the good hearted merchants did away with the quality standards. Mediocre quality goods were shipped in bulk from mainland china on to the shores of the Indian subcontinent. China as known is a communist state in all its sense but the guys out rhere understand capitalism better than the fellow Americans. You get what you pay for. Their is a price for every product and there is product for every price.

Let’s shift focus on to the handheld communication area.

Post 2000s Chinese goods have made a name for themselves, all for the wrong reasons, the same was true for mobile handsets an emerging  niche industry that was trying to establish itself as the new propellant of growth in the area of telephony.

Nokia ruled the roost throughout the first decade of 21st century.  Its build quality, craftsmanship and durability was unlike others, the competition was almost nonexistent and the marketing campaign with the catchy slogan, “Connecting People” had already hit a home run with the local populace. Everyone wanted a Nokia.  The company did with Model 3310 what Volkswagen had done with the humble Beetle in United Kingdom. This all waned after Samsung established is foothold post the introduction of smartphones in the Indian market. The Corby series ate into the feature phone segment throwing Nokia off-track during the process. The Nokia N series just didn’t cut it anymore, the outdated Symbian OS added to the misery. The humble iPhone was there but not really many were willing to sell kidneys to get hold of one.

Then came the Google Android OS.

The emergence of Samsung into a leading force in mobile telephony is accredited to the introduction of Android OS. Samsung introduced its Galaxy S series lineup which was later complemented by the Note series taking the Indian market by storm.

While Samsung was basking in its newfound success a new startup in Gurgaon was preparing to step into the smartphone arena. With its Canvas series Micromax was beginning to start the most comprehensive Chinese tech invasion into the country which was yet again going to redefine the segment altogether.

Micromax started off with the Canvas smartphone its first entry into the phablet area, buoyed with the initial success next iterations in the series came out quick.  It was Canvas HD a sub 15 thousand Quad core smartphone which took the market by storm and forced big giants like Samsung to reconsider their strategy.  Within no time other Indian companies sprang up all wanting to mirror the success of Micromax. A year down the lane there were brands flooding the market with names unheard of previously. Amongst all the hype and frantic sales there was one plausible question? How can a company so young into the segment with no experience or expertise, sell a smartphone with almost same or better features than the competition that too at half the price?

Go to Shenzen with a bagload of money. Choose the device you want to sell, decide specifications, take prototypes and make payment. The very next day you will have a sample with the logo of the company stamped at the back, all cleverly done. Buy a few thousand units of the same and bring it back to India. Sell them at twice the price.  Congratulations you are an innovative and revolutionary company with a handsome turnover.  Clever eh?

These Original Device Manufacturers from China or OEMs as they are called formed the supply chain for many new companies that came up past 2010 and continue till date.One of the most imperative reason for the success of Chinese mobile industry is,Mediatek Inc. a fabless semiconductor company based in Taiwan that supplies SoCs (System on Chips) or CPU in layman terms to the OEMs at prices that are dirt cheap. You can gauge its importance by the fact that 90% of all devices in India that are not from the stables of Samsung, HTC et al run on Mediatek processors.

You won’t even realize but MediaTek is now everywhere. In most of the smart devices around you. Be it a smartphone, a smartwatch, Tablet, Smart TV and host of other appliances which make use of SoCs. The only probable challenger to MediaTek in India at present is Qualcomm Inc. It’s also a semiconductor company and vies with MediaTek for market domination. Competition is always health for the end customer and as a result you see the price of smartphones getting lower every year with both the companies cramping up latest technology in order to entice the OEMs. If the SoCs become cheaper it brings down the overall cost of production of a smartphone. A win win situation for both vendors and customers.

Today, a Chinese company, almost unheard of in 2010 is making waves in the market. Thousands of its handsets are sold out within seconds on e-commerce giants Flipkart and Amazon. Perhaps one of you hold one of its devices.. Or want to get one? Yes, I am talking about Xiaomi.

Xiaomi outsells Apple and Samsung in China shipping a record 60 million units in a single year within China itself. The much despised flash sales allow the company to steer clear of advertising as well brick and mortar store expenses. The benefit is then passed on to the customers. Xiaomi has a large number of products under its portfolio. They sell smartphones, a tablet, power banks, smart wearables, WiFi Routers, Air Purifiers. They even have smart plugs, USB lights, USB fans, smart home appliances. The list goes on…

It ranks 3rd in terms of smartphones sales and overall revenue clocking a huge 1 Billion Dollar worth of income in 2016 and is predicted to grow more.  Xiaomi’s business model has been aped by almost all the other smartphone companies. The ‘online only’ tag works well with youngsters and makes it easy for xiaomi to keep a track of its inventories.

While consumers at end are getting the benefits of state of the art technology at a fraction of the price, trade pundits are bewildered at this phenomenon. Other Chinese giants like Gionee (an OEM itself) and Oppo, Vivo, Meizu have already set shore and are giving tough competition to established players while other biggies are scheduled to arrive as time goes on.

Holding a Mi phone today wouldn’t be considered as an embarrassment, might even be seen as an achievement to a few, given how hard it is to get hold of one. Mindsets, stereotypes change with the passage of time and Chinese tech giants are leading the transformation at a rapid pace. The dragon has altered itself according to the needs of the situation. Xiaomi is just a very small example of what’s there in store for us. It’s high time the others buckle up to tackle the incoming competition because Darwins Law of Survival perhaps holds true for all. Mortal or not.

And as far as my choice of handset is concerned.