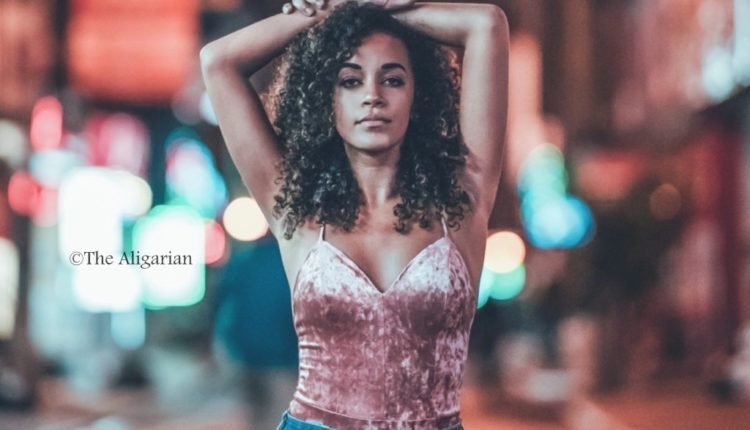 Though, in the present scenario, due to increased awareness regarding the rights of girls as a dignified citizen, their life conditions have improved undoubtedly but still their life journey demands certain struggles which are inevitable. Being born and brought up in an educated family, I was given full opportunities to receive education from proper schools and institutions. One thing which I had passionately aspired for in my life is to become a successful working woman so that I am able to fulfil my needs on my own. Why give men a chance to curb your happiness, to deteriorate your self respect and to ruin your life. I know that every woman needs a man to live a respectable and safe life. Also, society contains both good and bad people. But my firm belief has always been that the most powerful tool to stand strong as a woman is being educated.

Till I was in my high school, I had aspired to become a pilot. But as I grew up and become more mature, I realised that it was a very impractical dream to fulfil in my life. Being a girl, when you are not even allowed to stay outside your home after 6 or 7 p.m., then how can you dream of doing a job in which you have to travel around the world. These circumstances forced me to not even think about such a dream. And that is the reason why I had never sincerely work towards achieving this dream. But I do not blame any parent of a girl child who thinks this way. Because it is not the mistake of parents who, due to safety purposes, stop their daughters from moving out of their houses at night. It is the criminals, the ugly people, being worse than animals who should be blamed for such situations. May be if I had been at my parents place, I would have reacted in the same way because we are left with no other option. Why is it that every time a girl has to compromise on her dreams? Why always a girl has to understand the complexities of society? Why can a girl not dream to achieve something big in life? Why our society cannot become a society in real sense where every girl live happily and die happily? These questions keep poking me and I am unable to find answers to it.

Each time I watch boys of my age spending their time outside their houses independently, I wonder I was also a boy who could travel around the world and live an adventurous life. Many a times my heart screams to live a carefree and unrestricted life, just as the boys live. But a girl becomes vulnerable since the time when she opens her eyes for the first time. Is it such a big crime to be born as a girl?

As it is said life takes its own course, the same happened. As against my expectations, I landed up in social work profession. I got admission in bachelors of social work. During my course tenure, I enjoyed a lot performing field works and exploring different places.

It was a wonderful experience. But I later on came to know that it was a profession in which the jobs involve great travelling and tough visits to backward areas. Social workers cannot perform 9 to 5 office jobs. They need to travel in backward areas and live a challenging life. What can be more satisfying than being in a profession where you can help the needy and also make a living out of it. There were many reasons to justify it and carry it forward, but again the kind of job involved compelled me to take a step backward. Again I realised that being a girl, I would not be able to perform such jobs, atleast with my family’s full consent. I hear about cases of girls who fight with their family members and do such kind of jobs. But I was sure about myself that I do not want to follow that path. Why is it so that a girl has to choose a career according to the environment in which it is performed? Why can’t a girl just follow her passion and do whatever makes her happy and satisfied? Again our so called society cannot even give women a respectable life. In India, a girl has to think thousand times before moving out of their homes at night. Why is it so? Is it because they have to pay a price for being a girl.

When a girl is well dressed, she is harassed…when she is not, she is taunted.…when a girl does not marry, she is stigmatised….when she does, she is tortured….when a girl work with boys, she is called characterless..when a boy work with girls, he is called cool and smart..even for a crime which men do such as rape or sexual assault, a women is blamed.…now what can be more hurtful than that..?????

I had always been interested in jobs which are somewhat different from what women are entitled to take interest. I had intense hatred for cooking, keeping rooms clean, dressing up beautifully with proper make-up, etc. Rather, I always had a soft corner for interests which are inclined towards men. I admire pilots, civil engineers, cricketers and even bike riders. My friends laugh when they see me madly watching cricket match series. But this is who I am. After all your heart does not understand the complexities of society or the gender related issues.

As it is said, destiny plays its role. The same happened and I landed in Master of Business Administration course. M.B.A. in itself is a completely different course demanding lot of hard work and inner strengths to stand out among others. But the same problem still perpetuates as it also involve some challenging jobs especially in marketing field. Throughout my life, I have been hating teaching as a profession but nowadays I had began thinking about it as it is considered one of the most secure and desirable job for a women.

I will never blame any parent who stops their daughters from achieving their dreams or even moving out of their homes. It is the culprits of womanhood who are to be blamed for harming women to such an extent that they are unable to survive. The Nirbhaya’s incident shocked the nation drastically and people still shiver when they recall what actually happened. When something wrong happens with a woman, the dreams of thousands of other women are shattered.

My parents, too, have been very supporting towards educating me. They also are of the opinion that girls need to be educated enough so that they could survive and sustain their lives by earning for themselves, but only when such situation arises. The main issue is that we as girls are not given the freedom to dream something big in life and work towards achieving it. For a matter of fact, I know that all girls marry one day and they have to live according to their husbands. But I regret the fact that why can’t we do something which we like without worrying about the world. I was not able to fulfil my dream of becoming a pilot. But, still, I admire and dream of that. I wish I could have been able to make it possible. But still life teaches many lessons and helps in making a girl stronger and stronger.

So I don’t regret being a girl because while living a girl’s life you are faced with challenges and hurdles at regular intervals, which make you even more stronger. I just wish to have a society in which every woman is given a life full of happiness, respect and dignity. That is when issues like women empowerment will not be considered upon as women will be empowered enough to live. Cheers to all strong women who set examples for others.

No matter how many times the world pulls me back…but still, like dust, I will rise !!