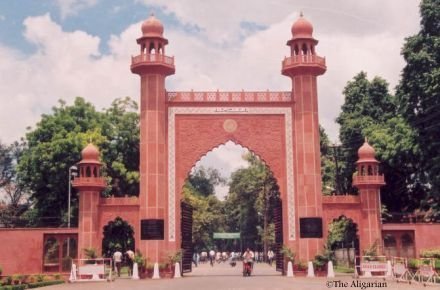 Is A.M.U a Secular University ?The question which need to be Answered.

The question that comes in most of the Non-Muslim Student before taking Admission in Aligarh Muslim University is that, Do we get an equal opportunity, status, recognition  as any Muslim student will get? First of all what does Secularism mean to us ?As it is stated secularism meaning “Equal treatment of all religions by the state”. When we talk about Secularism, we must learn to accept religion diversity rather than imposing dogmatic Conformity.

It is evident that the varsity is purely secular as the students are enrolled based on their “merit and not their religion”, Moreover the varsity has student  from  different religion and community from all corners of  the world. The university is a true example of secularism as it give equal opportunity to every student who’s willing to get education without being partial towards any religion.

We need to Show” multi-regionalism thats the true secularism”. if we ommit the word ” Muslim” from our Minds and see it as a great opportunity without worrying , then the Institution like  Aligarh Muslim University, will surely out rich your career and  will value it even more it is a great platform for any student He/She will ever get.

The Foundation of this prestigious university made possible because of the contribution of people who make donations are from different religions from Viceroy And Governor general of India Lord North Brook (A christian) His Highness Sri Maharao Raja Mahamdar Singh Mahamder Bahadur-late Maharaja of Patiala (A sikh), His Highness Maharaja of vizianagaram K.C.S.I (A Hindu), Nawab of lucknow (A Muslim) to many more who give their part towards uplifting the future of  the social condition of the Muslims.Although the university was established for the betterment of the muslims but AMU’s  first graduate Ishwari Prasad was a Hindu and the university boosts of representation of people from different communities in various faculties, departments and offices. This itself shows that from the very beginning the purity that it had which is only bound to knowledge and education.

It has been rightly said -“The Secular World Looks To The Church And to its Chagrin, Finds No love, No life, No Laughter, No Hope And Happiness.” Rather Getting into polity we must focus on humanity And Most of the time we often get feared of the unknown which is in our minds but the reality has its beauty which need to be cherished not to be questioned .”AMU has always been a secular university”,not by just words but proved it with Actions.

Islam teaches us tolerance, not hatred, universal brotherhood, not enmity. peace, and not violence. Before judging Any institution With its name try to give it a chance and then take your decision.