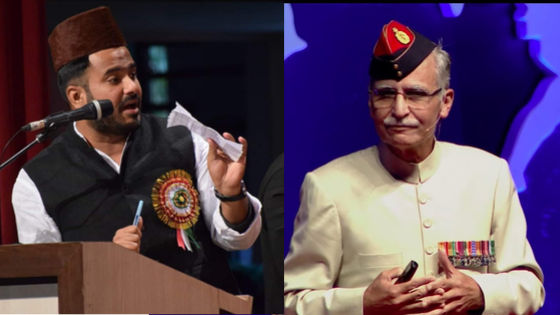 The idea of ‘good gesture’ questioned by former General Secretary of TISS-SU, Fahad Ahmad on the recent comment on Babri Masjid Case by the Former Vice-Chancellor of AMU, Lt. Zameeruddin Shah

Dear Sir,
Hope this letter finds you in good health.

As an ex-student of my Alma mater, I am presenting my views in this letter with reference to your initiative under the banner of “Indian Muslims for Peace‟ in which you have proposed that Muslims must hand over the disputed land in Ayodhya to Hindus as a “goodwill gesture‟ for construction of Ram temple to ensure communal harmony.

I appreciate the fact you came forward and reflected on the current conditions of Muslims which you were not able to do while serving the army because of various restrictions.

I must submit that the demolition of Babri Masjid will always remain a clot on Indian democracy, in the manner that black day was deliberately planned by the right-wing fundamentalist is not less than 9/11 incident of USA.

Through this letter, I would like to ask a few simple questions to you which I hope you will be able to answer. When this idea of showing “good gesture‟ will end, we choose India as our country wasn’t that enough to show the good gesture? Only those states were divided during partition where we Muslims were in majority (Bengal, Punjab) and we accepted it because of geographical stability of the country wasn’t that enough to show the “good gesture‟?, Muslims are being killed earlier in communal riots and now in mob lynchings but we always used the constitutional ways to address our issues wasn’t that good gesture? Those who demolished Babri Masjid later became the prime minister and home minister

Lastly, I would like to suggest if you are in any negotiation with the government on behalf of Muslims on Babri Masjid Case than make sure that the morale of Muslims should not be compromised, and any deal which so-called Muslims intellectuals are plaining to make should get something for Muslim masses as well.

Looking forward to listening from you.