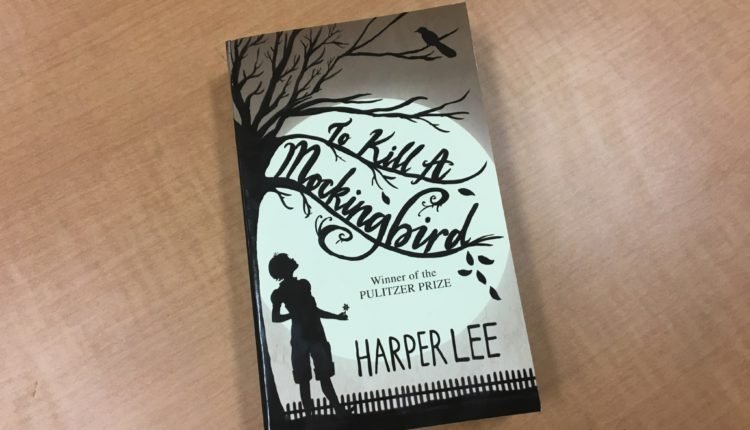 “If you are a human being with emotions, this book will impact you, regardless of age, gender or any background.”

The very first title of Harper Lees`s book, To Kill a Mockingbird sets the tone for entire text. Throughout the book the author keeps assuring how mockingbirds don`t do one think but make music for us to enjoy. They don’t eat up people`s gardens, don`t nest in corncribs, they don`t do one thing but sings their hearts out for us. It is a narrative of Scout and Jem`s childhood in Alabama and how a series of events in Maycomb shook their innocence, shaped their character and taught them about human nature.

Being a student of sociology, while I was reading the first six chapters, I felt pain after knowing how foot-washing Baptist`s are misinterpreting the religious texts confidence in Pulpit Gospel. They think women are sin by definition and stay at their homes to keep away from women. Boo Radley`s custodial story is a tragic one. He was not a bad kid. He simply was bored and because of rejection with society he was locked up by his father. The two important outcomes can be captured from the above description is how discrimination was carried out in Aalabama on the basis of religious interpretation and how an unsocialised being is judged as a horrible and scary human being and compared to a ghost. It was by this fear of prejudices and discrimination that failed Boo Radley game played by Scout, Dill and Jem to get him out of the home.

Jean Louise Finch, known to everyone as Scout may be a seven year old daughter of Atticus but it is she alone who is telling the story with a prose style of well-educated adult. Scout is the only source of knowledge of Maycomb. In fact, she is a tomboy who prefers the company of boys and generally solves her differences with her fists. Scout chronicles the trail of Tom Robinson. She sees him, and ultimately helps him, faces down a lynch mob outside the Tom`s jail cell. Scout`s narrative has been characterized by none other than Harper Lee herself, as “a love story pure and simple.”

While, I was turning the pages the only thing that felt me ashamed was why this book hadn`t come in our primary or secondary schools general English courses so that we could be able to shape our character, to perceive our society and behave strongly with a style of well-educated child. The author has beautifully addressed the society to think how racism provides an open image of examination that even children`s can understand the prejudices and discrimination of blacks from whites.

“Shoot all the blue jays you want. If you can hit them, but remember it`s a sin to kill a mockingbird” (P.no=97)

The beauty of the book which I found is that the reader can follow the story with the characters. Out of them, one of my favorite character of all time Atticus Finch of his legal profession is the hero, of Harper Lee`s novel. Atticus raises his children by himself, with the help of kindly neighbor and a black housekeeper named Calpurnia. Atticus is a lawyer, a moral, a good, an inspirational person. He was willing to risk his social standing, professional reputation and even his physical safety in order to defend a poor black laborer who has falsely accused of raping white women named Mayalla Ewell. Atticus made it apparent to everyone that Tom Robinson was being blamed for a crime that had not even occurred. With his cross examination he even mad Tom`s innocence apparent to all white-jury, which deliberately for an unprecedented several hours even though the judgment of conviction was a foregone conclusion. It is his wisdom that gave me a sense of continuity throughout the novel. His way of viewing the world that didn`t people judge is translated perfectly through the pages of the book.

Looking towards the justification of the claim one can find the reflections of Harper Lee`s novel in all societies. Race, class and gender are three major categories of differences that shape opportunities in al societies. Racial inequality in the United States is very pronounces. Black Americans face higher unemployment rates then white Americans.

The theme of the book is completely clear as the author explores the irrational attitude of race and class in the Deep South of the 1930s. The “code” of his time and place required that a white women’s word always be accepted and that a black man was never to be trusted. Perhaps the social structure of Maycomb actually depended upon the humiliation of Mayalla Ewell, even while the society required the conviction of Tom Robinson. The conscience of a town steeped in prejudice, violence and hypocrisy that is pointed by a single man`s struggle for justice.

To Kill a Mockingbird focuses on the moral ethics and distinguishes it from just following the law. Being in itself a generic message, it should be open to debate and schoolchildren should be forced to read the novel and go through it page by page. Being a true piece of literature and meaningful in every period even today. Atticus message should be heard in the midst of all the global conflicts that we often hear on news every night.