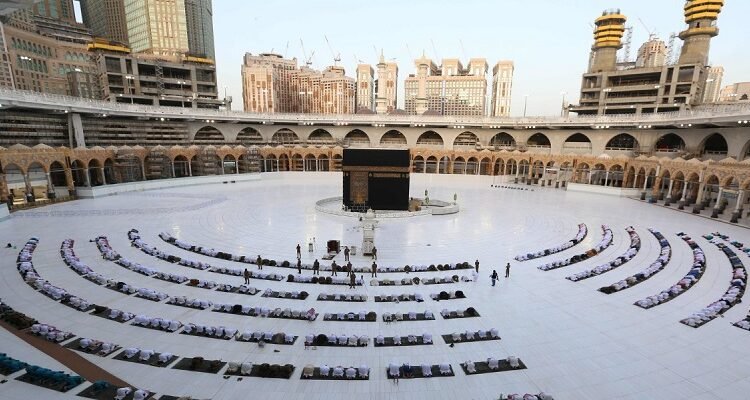 Saudi Arabia resumes umrah in 4 phases. All you need to know

Saudi Arabia has allowed its citizens and other pilgrims to perform the annual umrah pilgrimage from Sunday, after a seven-month break due to the outbreak of the coronavirus disease (Covid-19).

In March, the Saudi government decided to suspend the umrah pilgrimage over the fear of growing coronavirus infections. In July, it only allowed 1,000 pilgrims residing in the country for the pilgrimage due to the pandemic.

Saudi Arabia hosts around 2.5 million pilgrims annually across the globe for Haj. So far, Saudi Arabia has recorded around 336,000 Covid-19 cases while 321,000 coronavirus disease patients have been recovered. There have been 4,850 deaths in the country.

Here is all about the umrah pilgrimage:

* Umrah is a year-round pilgrimage to the holy city of Mecca. It is a voluntary pilgrimage, unlike haj which is compulsory for every Muslim who is physically capable and can afford it.

* Umrah is a shorter version of the annual haj pilgrimage which allows Muslims to seek refuge in Allah, ask for mercy and pray for their needs.

* The Saudi Arabia government has decided to allow the pilgrimage in four phases considering the ongoing coronavirus pandemic.

* Only 6,000 citizens and residents already within the kingdom will be allowed to take part each day, which is only 30% of the total capacity, in the first phase starting Sunday. They will be able to perform the ritual of circling the sacred Kaaba, a cubic structure inside the Grand Mosque towards which Muslims around the world pray.

* The second phase will start from October 18 and will allow 15,000 pilgrims from the country.

* In the third phase from November 1, pilgrims from inside and outside the kingdom will be allowed to perform umrah at 100% capacity with necessary precautionary measures. Saudi Arabia will only allow pilgrims from countries which are free from Covid-19 danger by the time.

* During the fourth phase, the government will allow 100% of the total capacity of the pilgrimage from inside and outside Saudi Arabia to perform umrah. The decision on this phase will be taken when the competent authority decides that the risks of the pandemic are over.

* Saudi Arabia’s ministry of hajj and umrah will launch an application with the aim to regulate the entry of pilgrims and implement health standards and controls approved by the ministry of health and competent authorities.