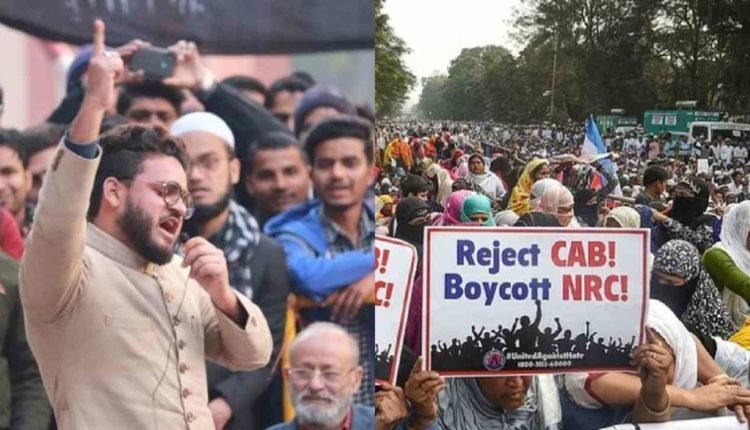 Two Aligarh Muslim University (AMU) students, Farhan Zuberi and Ravish Ali Khan were arrested on Thursday, 28 May over the protests against the Citizenship Amendment Act (CAA). While Ravish, who was arrested around 12 pm, has been released by the local police, Farhan has been sent to jail in Aligarh.

The arrests come in the wake of several other students and activists being arrested while India faces the fourth phase of the lockdown due to the coronavirus pandemic.

Farhan is a final year student of Masters in Social Work, while Ravish is currently doing his Bachelors in the same course.

Farhan, however, has around 10-11 charges against him for taking part in anti-CAA protests in December. An ex-cabinet member of AMU, he along with Ravish were driving near Madrak for some personal work, where the police, who were in civilian clothes stopped their car.

Charges of Attempt to Murder, Sedition Against Farhan

An active face in the anti-CAA protest, Farhan was also a part of the coordination committee of the university. Some of the IPC sections of the charges against him are:

Confirming his arrest, SHO Madrak police station said, “Out of all the charges against him, Farhan has been sent to jail over seven of the charges.”

“The University administration is looking into the matter. If the arrest had happened within the premises of the university, we would have followed our protocols, but because it took place outside, we will be meeting up and deciding what to do next,” Omar Peerzada, AMU PRO

The police has been criticised for using the pandemic and lockdown as an opportunity to curb voices of dissent against CAA and NRC as the national attention continues to be on coronavirus related reports. The police has recently arrested a lot of activists and students who took part in anti-CAA protests months ago.