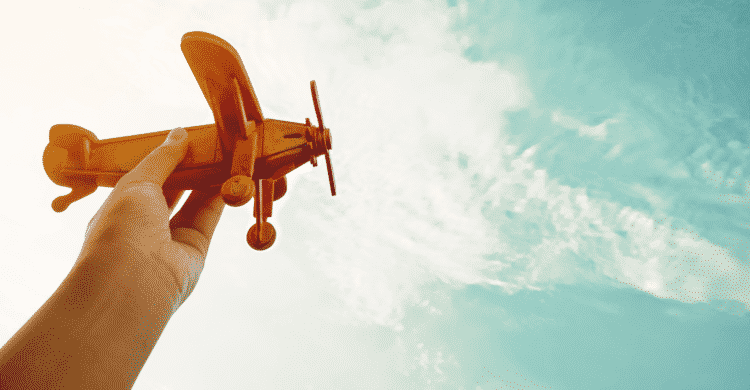 
Have you ever seen one of the inspirational movies and thought to yourself, “Oh my God, that is my LIFE?” That occurs all the time. And, especially when it comes to your job, movies may sometimes exactly depict where you are. That feeling of being seen, heard, and told what to do is incredible. You get to know that your struggles are somewhere recounted by someone else, so you are not alone in this race.

Career goals are often too hard to attain because all of us are prone to procrastination. Although career goals become somewhat easy with proper planning and help, a good movie to energize us is never bad! A pleasant film or a sitcom is a great way to deal with stressful situations, and a career is no different.

1. The Pursuit of Happyness

Whatever your career goals are, a self-limiting attitude is often what holds you back. What if I’m not able to accomplish it? What if I can’t find work? What if I take the risk and it doesn’t work out? Who would be better to guide you in crushing those pessimistic visions than Will Smith?

In Pursuit of Happyness, Smith takes on a more serious role as the man who constantly encounters failures. He’s had difficulty making ends meet, let alone finding his ideal career. His most difficult moment comes with the realization that he needs to earn custody of his son. It’s a wonderful film to see if you believe it is too late for you or that changing jobs will be difficult. You will realize at the end that with focus and drive, you can do everything you set your mind to.

After her boyfriend breaks up with her, Elle (Reece Witherspoon) gets enrolled at Harvard Law School in this romantic comedy. Elle first struggles to win him back by enrolling, but she soon feels that she’s much more than just a glamorous face waiting for someone’s unrequited love.

Everyone can learn from Legally Blonde, particularly those who have tough career objectives. The film teaches us that everything is achievable with a determined mindset.

3. The Secret Life of Walter Mitty

The Secret Life of Walter Mitty is an uplifting tale about seizing the day (carpe diem), complete with spectacular visual effects and a go-big-or-go-home attitude. You will love the movie! It would be an understatement to say that it is simply motivating.

The plot revolves around Walter Mitty, a negative asset manager who envisions enormous and adventurous experiences. When his career is endangered, he acts in the real world by wandering on a global adventure that turns out to be an epic event, unlike anything he could have foreseen.

Probably one of those once in a lifetime gems, Dead Poets Society is a classic.

The teen drama is about a refined English teacher, John Keating (Robin Williams), who uses poetry to encourage pupils to pursue their goals. He reiterates the phrase ‘Carpe Diem’ or seizes the day to motivate his students that they deserve to live an extraordinary life. This inspirational movie is bound to change something in you– with its gripping plot and master screenplay–leaving you motivated and inspired.

Unemployed people and professionals may learn a lot of skills from the Dead Poets Society. This kind of goes without saying, given that the film illustrates how one guy manages to transform many people’s lives.

This critically praised film was inspired by real-life mathematical genius John Nash, who Russell Crowe portrayed. Nash makes an extraordinary discovery early in life, but when he is diagnosed with schizophrenia, he mounts on a hard and traumatic path of self-discovery.

The film follows him through several years of struggle as he learns to live with his illness and finally gains a victory. For all those who find the disease as one of the impediments to building a successful career, A Beautiful Mind will challenge you to keep going!

Back in the ’80s, Working Girl was considered one of the revolutionary tools to displaying that women can be as successful as men.

Tess McGill is an ambitious and hardworking secretary who finds herself in a position where she has to fight her boss when she attempts to earn credit for the idea developed by Tess. She faces several other issues in her professional and private life; however, Tess finally discovers her accomplishment through it all.

Not all of us are born with the gift of privileges. The hardships of coming from a weak background are often repeated whenever some of us try to dream big. Queen of Katwe is especially for those of us who think we are not right for success. It is inspirational for people of all ages.

The film follows the story of Phiona, a girl surviving in the slums of Kampala– the capital of Uganda. Phiona’s life turns upside down when she meets a man who teaches her how to play chess. Somewhat similar to The Queen’s Gambit. However, Phiona’s story reminds us how you do not need a privileged background to achieve big things in life.

If you are entering the world of jobs and workplaces, The Devil Wears Prada will teach you some important lessons for it. Following the story of a journalism graduate who manages to become an assistant of the city’s biggest magazine editor, the egomaniac Miranda Priestly shows the young grad’s struggle to survive with the ruthless Miranda.

A humorous ride from the beginning, the movie is a beautiful reminder of how your job should reflect who you truly are. If you are thinking of switching jobs or career paths– watch this film to obtain some inspiration.

Recounting the story of Mark Zuckerberg, the film follows Mark’s journey to developing Facebook. Featuring Jesse Eisenberg as Zuckerberg, the movie is not a complete biographical tale. The movie displays how the most important lessons of life are learnt outside academic life.

It also demonstrates the obstacles we face in our professional life– where friends turning to enemies tops the list.

The poignant movie follows the story of a 70-year-old retired man who takes up an internship offer at a clothing line. The boss of the company is an over-driven workaholic who stretches her capacity beyond the range of normalcy. As he works amongst the young people, it provides the audience with a lens of the generational gap between the colleagues and the retired ambitious senior intern.

The two develop a connection where the intern provides profound wisdom and lessons to his young boss. A light-hearted and touching watch, The Intern will teach you the value of diversity the in workplace and, at the same time, the importance of determination.

AMU Board Addressed As ‘unauthorized’; A Candidate Gets Rejected For The Army – The Second Angle

Why It Is Hard To Find Work From Home Online Jobs? — Mentor Monkey