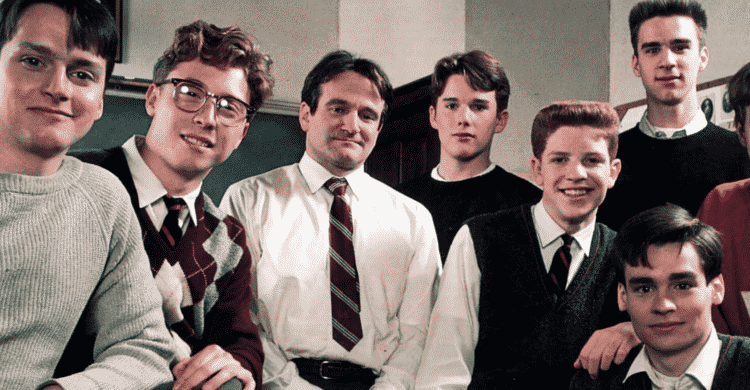 
Hollywood movies have always been that source of education that has kept evolving, unlike the traditional education system. Gone are the days when value imparting life lesson giving movies were created with a rather ‘in your face approach. Hollywood movies since the 90s have seen immense growth.

There is a certain subtlety in what they intend to convey. A lot of the message is passed on to the audience through the dialogues or how the characters conduct themselves. But there are times when it is the silence between the dialogues that speak volumes. At times it is through these characters that we learn what not to do.

What one takes away from a movie is entirely different from person to person, but some Hollywood movies are made with a certain pre-thought of how they will target a specific chunk of the mass.

Here’s looking at a list of Hollywood movies for students:

The movie is all about bonding, understanding and discovering: a school library, five high schoolers from different cliques, an authoritarian principle, nine-hour detention and one essay to write. This American coming of age teen drama movie was written, directed and produced by John Hughes.

Rarely in our lives do we come across teachers that push us to go beyond the norms of a classic, traditional classroom. This teen drama movie is about one such man who returns to his almas mater as an English teacher. He teaches his students the spirit of ‘carpe diem’, which is the Latin for ‘seize the day.

Based on the 1986 novel by the same name, written by Winston Groom, this movie depicts the life of a low IQ man across decades where he finds himself in the middle of various defining historical moments of the United States. His ultimate desire is to be reunited with Jenny, his childhood sweetheart. The movie directed by Robert Zemeckis stars Tom Hanks in the leading role.

The unusual story of an unrecognised mathematical genius who works as a janitor, but when he assaults a police officer, he is deferred prosecution because he would learn mathematics from a professor while taking psychological therapy sessions. Through these sessions, he accepts his dark past and comes to terms with the emotional crisis. Starring Robin Williams, Matt Damon and Ben Affleck, the movie is directed by Gus Van Sant.

This American biographical movie directed by Gabrielle Muccino stars Will Smith in the leading role. This is the fight of a man who works his way through a separation, child custody and financial crisis, all the while working hard at his unpaid internship and managing to study for the stockbroker license exam. This movie is an example of never giving up, neither on one’s dreams nor on oneself.

Based on the 1999 book ‘The Freedom Writers Diary’ by a teacher Erin Gruwell and her students who compiled their diary entries about their lives that they wrote during their English class. The movie directed by Richard LaGravense shows the extent to which a teacher goes to teach and eventually erase their deeply rooted racism. It is the fight of a teacher to make and build her students.

Directed by and also starring Denzel Washington, the movie revolves around a professor/ debate coach’s attempt to train his students at Wiley College, a historically black college and put them as equals to the white Americans. The movie highlights the efforts of the teacher to improve and work on his students and watch them succeed.

Facebook was and will always be remembered as a landmark in the journey of social networking sites. It is the story of Mark Zuckerberg and how he created what was impossible to think in that time and age. Starring Jesse Eisenberg in the lead role, the movie is directed by David Fisher. This movie is an inspiration for every child who dreams of creating.

The story of two laid-off salesmen who are complete misfits in the digital world but still try to compete with much younger and tech-savvy geniuses as they land themselves an internship at Google. This is the movie that teaches how to pour oneself into an environment that isn’t essentially theirs. Starring Vince Vaughn and Owen Wilson in the leading roles, the film is directed by Shawn Levy.

The story of the science prodigy Stephen Hawking, an excellent astrophysics student and is working on his research, only to find out that he is suffering from a motor neuron disorder and has only about two years to live. This is the story of a fight, a fight to fulfil dreams despite all physical impairments. Starring Eddie Redmayne in the leading role, the movie is directed by James Marsh.

4 Organizations That Help In Startup Loans