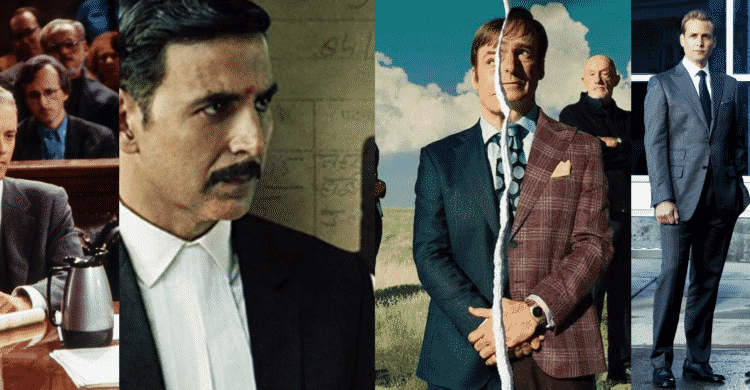 
There are numerous benefits to binge-watch while studying law. Movies or series related to law and order can help any law aspirant to learn things more interactively. It allows law aspirants to come up with more efficient solutions. It helps to think more analytically. Movies and series are also helpful for social skills as well as in a law career it is very important ‘how you are dealing with your clients.’ If you see the film industry around the globe, directors and producers are focusing more on that topic, which can help the common man deal with their personal lives. It helps them to keep inspired by every gesture and dialogue.

How much syllabus is left to cover up? What do you do in your break time or free time? Watch movies or series, right! And we never know when a half-hour break touched down to 3-4 hours. Nowadays, movies and series play a massive role in everyone’s life. There is no doubt that it reduces stress and anxiety, but it is more than that for a law aspirant.

As in the digital world, plots of various movies and series are another learning platform in the 21st century. Moreover, it helps common people to think from a different approach, be more creative, come up with creative imaginations and explore the world through numerous perspectives.

Apart from reducing the stress factor, it also pushes every individual to become more passionate about a career in the respective field, as it can be a life-changing experience. Most of us preferred to watch alone as it feels like friends who don’t ask questions. The most important factor in story-telling, it opens the sphere of thinking and pushes us to think out of the box.

There are many movies and series which a law aspirant must watch while studying for the degree.

Based on John Joy’s novel, a first-year law student at Harvard Law School struggles with balancing coursework and relationships with his professor’s daughter. A series was also made on it which last for four years.

A young 12-year-veteran lawyer battles not only one-on-one injustices in the courts but also the whole system. The primary focus of this movie is where a lawyer is forced to defend a guilty judge while defending his clients. And trying to find justice for the innocent and punishment for the guilty.

It was based on human rights activism. This movie is directed from the perspective of Human Rights lawyer Shahid Azmi. Shahid is an ordinary citizen with an extraordinary commitment to justice.

Where a jury holdout attempts to prevent a miscarriage of justice by forcing his colleagues to reconsider the pieces of evidence. It explores several methods of consensus-building. Also, the difficulties encountered in the process among the group of men whose different personalities add to the intensity and conflict. The movie also explores the power one person has to elicit change.

It is a legal drama based on a true story of siblings where a sister’s affection for her brother gives her the courage to fight against the system when her brother is wrongly convicted of murder. This movie revolves around where a worker put herself in law school to represent her brother convicted for murder.

A man loses his job because of HIV, the company hires a small lawyer to fill his place for a wrongful dismissal suit.

Suits is set at a fictional NYC law firm. This series is about who follows talented college dropout Mike, who starts working as a law associate for Harvey Specter despite never having attended law school, this series revolves around a top corporate law firm where employees take risky moves. It has been nominated for several awards for character performances.

The Good Wife is an American legal & political drama TV series. The character Alicia deals with her life and her two kids after her husband is imprisoned for sex and corruption scandal. It features several story arcs. And stand-alone storylines that are concluded by the end of each episode.

An anthology series centered on America’s most notorious crimes and criminals. This story is about murder trials and their perspectives.

How To Improve Your Communication Skills? — Mentor Monkey

Is It Wrong To Help People In Job Search? — Mentor Monkey