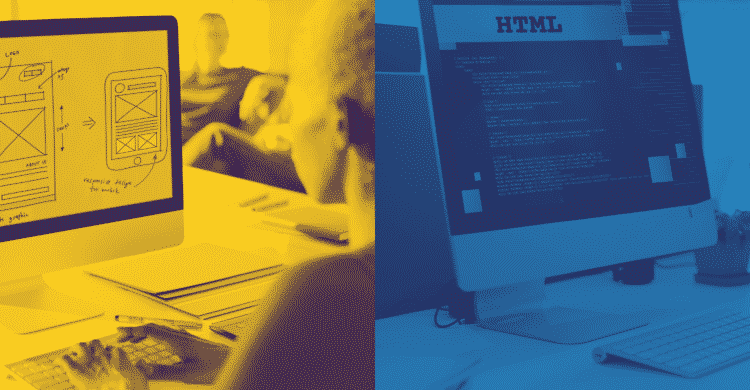 
Web developing is a much-in-demand skill these days. People taught with the necessary programming abilities for this find it easier to get hired. A wide range of topics and skills come under the purview of web development. Those interested to become web developers may find it challenging to select a specific field of study without understanding the roles and tasks aligned with each of these particular career tracks. Two of the most common career tracks are Front End web developers and Back End web developers.

There are several differences and similarities between them about the nature of the work, skills required, longevity etc. Let’s discuss some aspects of both in detail so that people interested in them may benefit. This includes the skills, responsibilities and prospects of each job role. First of all, let’s see what web development is.

What is web development?

The process of creating a website for the internet is known as web development.

Web development refers to creating features and functionality using programming, markup, and scripting languages. Back End, Front End, and full-stack are three separate career paths of web development. We will describe each of them in detail.

They are responsible for coding, creating, and debugging applications and providing a consistent user experience.

Front End developers add visual elements to a website and interactive features such as navigation, buttons, and anything else that improves overall usability. HTML, JavaScript, and CSS are frequently used to ensure that a site’s visual side, also known as the client-side, functions well, allowing users to engage freely and comfortably. While some Front End engineers handle web design, others work from mock-ups created by a web designer.

A solid understanding of Front End programming languages, the ability to construct a responsive design, knowledge of testing and debugging, and other abilities are necessary for a Front End developer position. Automation, content management systems, version control systems, APIs, and frameworks are examples of Front End development tools and features.

The server-side of an application is referred to as Back End development. It encompasses all data sent between the database and the browser. It focuses on how the site functions, making updates and modifications and monitoring its functioning.

A server, an application, and a database are generally included in Back End development.

Skills and Roles of Back End Developers

Back End developers deal with Back End languages and frameworks like Java or Ruby on Rails to make web pages and apps operate. They also monitor how the site performs and make adjustments and updates to improve the Back End functioning. Back End developer positions need the skills like Database management, Framework utilization, Programming Accessibility and security compliance knowledge. Java, PHP and Python are some common Back End development languages.

Important Back End Developer Learnings are –

Skilled Front End developers and Back End developers are both in demand, and people with experience and a sound portfolio could manage to get high-paying positions at different firms. The selection of which among these two should be based exclusively on your interests. If you are more artistic, then it will be better if you become a Front End developer. If you enjoy good coding challenges and like to work more with complex programme languages, then Back End development suits you more. If you have both types of aptitudes, then you may better opt to become a full-stack web developer

We have seen so far the various aspects of Front End development and Back End development. Both of them are rewarding and offer huge career prospects. Steering in a suitable way forward is what we are supposed to achieve success and enriching career growth.

7 Career Options With The Most Freedom

Career Goal Of A Financial Analyst