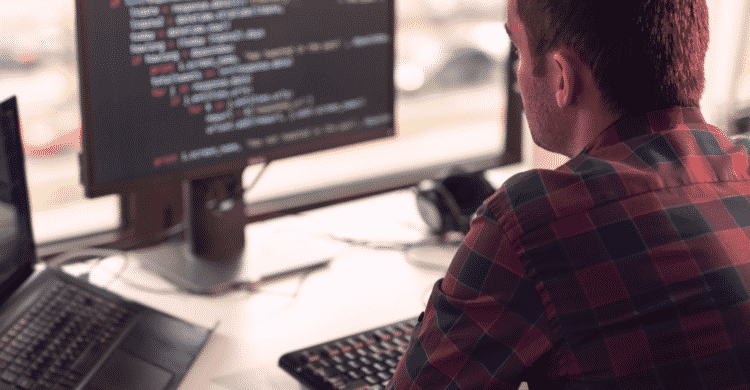 How To Become A Blockchain Developer?


There are almost 3000 different cryptocurrencies active in the present-day market. All cryptocurrencies are based on Blockchain technology which is considered one of the safest digital technologies. Initially created as a supporting platform for Bitcoin, this technology is now set to revolutionise data handling and business transactions in the digital world. So naturally, ‘Blockchain Developer’ is one of the most popular jobs now.

It is an assortment of records named blocks that could store data publicly. The data is encrypted using cryptography. This ensures the privacy of the user.

Unlike other financial institutions, the information on a Blockchain network is not controlled by a centralised body. What operates here is a shared ledger. Since the network participants can approve any transactions by themselves, a network of blocks is a public network.

What is the job of a Blockchain Developer?

There are two types of Developers –

They mainly build the foundations of the Blockchain. This includes designing the protocols and consensus protocols, creating and monitoring the network architecture, implement different blockchain features and functionality, etc.

How to Become a Blockchain Developer?

– Understand why it is needed

Any exposure that you can get about the working universe of cryptocurrencies will be advantageous for you. It was for the function of bitcoin that Blockchain was introduced as a platform. Developing a familiarity with Bitcoin will help to know more about the use and working of Blockchain.

These skills include the knowledge of programming languages, command over data structures, knowledge of databases and networking and cryptography.

The programming languages that we should know include Java, C++, Python, etc. This will help to develop applications very easily. Understanding data structures, including the linked lists, binary trees, heap, hashing, graphs, etc., is also helpful. Cryptography is fundamental. Concepts such as digital signatures, hash functions, RSA algorithm must be learned to become a developer.

The economic concepts and the methodologies behind cryptocurrencies must also be learned. The crucial concepts include transaction fees, mining, transaction life cycle using bitcoins, etc.

– Learn about Ethereum and DApps

Ethereum is an open-source, decentralised Blockchain network. Without the usual problems like downtime, fraud, and third-party interference, Ethereum will help us run smart protocols and develop Smart Contracts and Distributed Applications.

The software systems that are created on these platforms like Ethereum are known as DApps or Decentralised Applications.

– Familiarise yourself with development tools

Several development tools could help you to write smart contracts and develop Dapps. This includes Truffle, Web3, Solc, Remix, Ganache, and Metamask. Each of them has different purposes and should be used accordingly.

Smart Contracts is primarily concerned with protocols of instructions that are used for automation purposes. They are small programs that can run automatically once deployed on the Ethereum network. Solidity is a high-level language used to write smart contracts. It is statically typed and is majorly influenced by Javascript. Solidity can be learned using the game CryptoZombies. The official Solidity Documentation the comprehensive guide should also be made use of.

– Get Some Direct Experience

Trying to get exposure in practically experiencing the things you have learned theoretically is important. This can be done by writing smart contracts and developing your DApps etc. You can also apply for various internships. Alongside it is recommended to acquire various certifications like IBM Blockchain certification, CBSA, etc. as well.

So by following this road map, you can become a successful Blockchain Developer. Even though the career is challenging, it is in the meantime promising also.