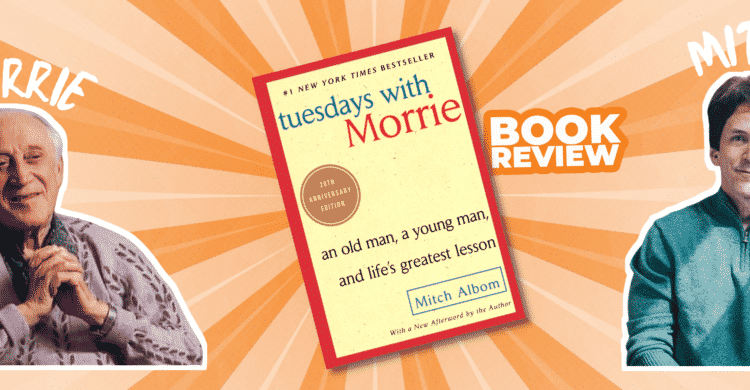 Tuesdays With Morrie’s author Mitch Albom or Mitchell David Albom is an American writer, journalist, screenwriter, and playwright; his books have been adapted to Emmy-winning and critically acclaimed films. He is also an accomplished musician, lyricist, and songwriter.

Mitch Albom has written several books which have accumulated massive attention and praises from the readers over the years. Selling over 39 million copies globally, Albom is well-known for his inspirational stories that are entangled with the themes of inspiration, soul-searching, and motivational ideas. His books have been translated into more than 45 languages and have remained on the New York Times Bestseller list for more years.

Morrie Schwartz was an American professor of Sociology at Brandeis University. He is the subject of the book ‘Tuesdays with Morrie.’ The book revolves around a string of visits Mitch Albom made to Professor Morrie who became the philosophical guide in his life during his college days. The two lost touch after Albom completed his graduation but as luck would have it, Albom rediscovered Morrie after seeing him on a show called ‘Nightline.’ Albom immediately contacts his former professor and soon traveled to Massachusetts to visit him.

As the title itself suggests, they meet every Tuesday. Morrie once again becomes Mitch Albom’s teacher, but this time instead of teaching him the academic courses they journey through the lessons of life itself. The book, based on real-life meetings, sifts the remarkable teacher-student relationship, which strung to an extent where they appear like friends. Their bond is special and a gift to both of them as Albom begins to rethink various aspects of his life that he overlooked before, and Morrie whose ailment is slowly consuming him revisits his past to enlighten Albom about the nature of life — that being both living and dying.

Like all of us, Albom was lost in the short-lived and ephemeral happiness, compromising his true joy for things that were not permanent. As Morrie who was on the verge of losing the battle of his life guides him through the very essence of life, Albom discovers himself opening doors to let the positivity in and liberating his mind to truly enjoy the life he was blessed with. Morrie has conveyed numerous important lessons and Albom has imbibed each of them wonderfully spanning over fourteen chapters. It is a must-read if you are looking for outlooks about the meaning and importance of an individual’s life. It will make you rethink and re-analyze this world and the life you are living!

Want to read reviews of your on-the-list books? Then visit our Book Reviews section.

What Indian Celebrities Did Before They Were Famous? — Mentor Monkey

How Becoming A Better Listener Will Benefit Your Career? 5 Things To Keep In Mind While Listening — Mentor Monkey