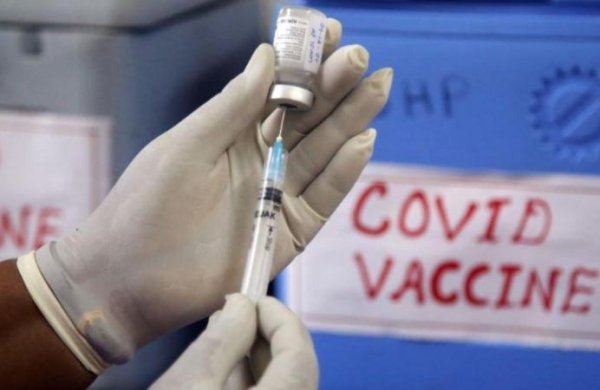 A Tale Of Flawed Judgements – The Second Angle

Several developed countries of the world, and a few developing countries as well, have invested hugely in the research for developing and procuring effective vaccines.

After months of research and rigorous clinical trials, a handful of vaccines have emerged to be quite effective in neutralizing the virus. A few examples being the vaccines from international firms like Pfizer, AstraZeneca, Moderna and from Indian firms like Bharat Biotech.

In the past, India has had some successful immunization programs like that for Polio and Smallpox. Such programs have operated on a nationwide scale, covering millions of citizens.

Thus, it will be inaccurate to say that India as a country is not prepared or is ill-equipped for vaccinating people on a large enough scale. Along with this, India is also said to be the biggest producer and also the biggest exporter of vaccines in the world. Therefore, it becomes necessary to analyze why India has been performing badly and constantly under-achieving its goals ever since the vaccination began on 16th January 2021.

As per the latest figures, India’s daily vaccination tally was at 33.79 lakh per day on 10th June 2021. About 24 crore people have been administered at least the first dose, while 4.5 core people have received both their doses.

This implies that only 3% of the nation’s entire population has been fully vaccinated, which by any standard is quite inadequate. Those in the government will refute this assessment by saying that India ranks 2nd worldwide in terms of the absolute number of vaccines administered.

But almost all the public health experts will tell you that the vaccination performance of a country is always judged in relative terms and not in absolute because it provides a more accurate picture of the immunity prevailing in the citizens of the country as it takes into account the total population of that country.

But sometimes the political rhetoric overshadows the practicality of science and consequently, such misleading claims by the government go unchecked, which in turn leads to a delusional sense of success among the masses.

Likewise, Union Minister Prakash Javadekar in a statement on 28th May 2021 has said that the entire population of the country will be vaccinated by the end of 2021. If we put this statement in conjunction with India’s daily vaccination figures, the estimate given by the minister seems quite ambitious, to the extent of seeming unrealistically ambitious.

The fog of pessimism surrounding the government’s claims can be attributed to the sluggish pace of vaccination. Reports of vaccine shortages at various places across the country can be seen on a daily basis.

There are a number of reasons behind the slow vaccination rate that India is witnessing and they range from the beginning of the search for vaccines, all the way to their procurement and distribution.

Being the biggest producer of vaccines in the world, India lacks neither the capacity nor the capability for developing vaccines. But production and development of vaccines also require resources. More importantly, the capital.

Many developed countries of the world invested huge sums in the research for effective vaccines. The pharma companies were paid large amounts in advance to assist them with their financial requirements.

In India, the Indian Council of Medical Research (ICMR) partnered with Bharat Biotech to develop its indigenous vaccine, which later came to be known as Covaxin. As this is an inactivated Covid-19 vaccine, its process of development is relatively more complex as compared to the other vaccines.

But at that time, this was the only major vaccine being developed here which was emerging as an effective candidate through the phased clinical trials. So, it will not be incorrect to say that the government did put all of its eggs in one basket.

The government should have known that only a single domestic manufacturer can never fulfill the humungous requirement for vaccines, and that too with a vaccine that involves a high degree of complexity in its production and can prove to be difficult to mass-produce in a short span of time.

The second issue, which has proven to be the largest hurdle in India’s vaccination program, is that of procurement of vaccines.

Ever since the vaccines were in development, countries like the U.S. and United Kingdom have placed orders in great quantities and procured most of the stocks of these vaccines in advance, in order to meet the needs of their population.

And these countries are now literally drowning in vaccines due to huge surplus stocks. Currently, the most prevalent vaccine in India is Covishield, which is produced by the Pune-based Serum Institute of India (SII). This vaccine has been developed by AstraZeneca in partnership with Oxford.

As a result, Serum Institute’s entire produce cannot be allotted to meet India’s requirements exclusively. Hence, a portion of its production has to be exported to other countries. It is important to note that this is different from what the government decided to export as a part of its ‘Vaccine Maitri’ initiative.

This initiative is also a debatable one as some have questioned the need for exporting vaccines to other countries while the demands at home were not being met, whereas the government has said in its defense that these vaccines were sent as a gesture of goodwill in the spirit of cooperation.

Keeping the shortage of vaccines in mind, it is assumed that the government would have acted rationally and not hedged its bets on just the two Indian manufacturers. Unfortunately, this is exactly what happened. The government did not procure stocks of any other foreign vaccine in the course of the entire one year and whatever it did procure from SII and Bharat Biotech was also a relatively small quantity.

As late as May 2021, before Sputnik V finally started rolling out to the public, there was no other vaccine available in the country except Covishield and Covaxin. And taking into consideration the production limits of Serum Institute and Bharat Biotech, this would never have been enough.

When the foreign manufacturers approached the government earlier in the year, their application was rejected citing a lack of data and a need for conducting bridging trials. Being ‘Aatmnirbhar’ in times of a global pandemic is realistically neither possible and nor feasible.

Although after the devastating impact that the second wave of Covid-19 had on the country, the government did realize that it had made a blunder and eventually decided to open up the Indian market for foreign vaccine manufacturers and that too without the need for any bridging trials.

But as many experts say, it was too late by then and the second wave had already taken millions of lives that could have been saved only if the government acted earlier.

And another thing to keep in mind is that allowing foreign manufacturers does not immediately lead to an inflow of vaccines. Most of the foreign manufacturers are already citing the unavailability of stocks and thus it will take time before foreign vaccines of companies like Pfizer and Moderna become available in India.

As India is a federal country, there is one other aspect to the issue of procurement, which is who actually procures? Up until the vaccination was opened for the age group of 18-44 years, the Central Government was the sole procurer of the vaccines.

In the domestic vaccine market, there were two sellers, and only one buyer is the Government of India and hence the monopoly was that of the buyer, which in turn led to price negotiations that were favorable for the Centre.

But this policy was changed by the end of April, and it was decided that the Centre will procure only 50% of the entire produce of Serum Institute and Bharat Biotech, while the other 50% will be procured by the States and the private hospitals. Now, this specific policy has turned out to be an absolute disaster.

Simply because the States are now competing with each other and with the private players for the same vaccines. The number of buyers has now greatly increased while there are still two sellers in the market, which has turned it into a duopoly and the buyers have lost the comparative advantage.

And then there’s the issue of the price differential of vaccines between the Centre and the States which is clearly unjustified. In the amended policy, there is another provision that says that the States can now float global tenders for vaccines and directly purchase vaccines from international manufacturers.

So not only are the States competing within the country but in the foreign market as well. Many of the international manufacturers have already denied negotiating with the States by stating the fact that they only deal with Central Governments, which is understandable as such a thing has hardly happened anywhere else in the world.

All this friction in the process of procurement and distribution has given rise to a shortage of vaccines in the country.

And then there’s the issue of vaccine hesitancy. This is among the few factors which have always been a part of the public health initiatives of vaccination or immunization in India. If you go into the hinterlands of the country, you will come across numerous false rumors circulating among the people regarding Covid-19 vaccines. Such rumors range from post-vaccine illness to infertility, death, and whatnot.

Since the literacy rate in rural areas is very poor, countering these rumors require intensive public health awareness programs which can help in eroding vaccine hesitancy.

The BJP government is known for its unmatched image management and marketing campaigns, so it is quite obvious to expect from them to come up with a robust campaign for spreading awareness which is purely based on scientific facts regarding the vaccines and has the ability to address any suspicions that people may have.

But nothing of that magnitude has happened yet, which is fueling the growing hesitancy among the relatively less educated sections of the population.

The accumulation of all the pertaining issues has led to a retarded vaccination program and proven to be a public health nightmare for the country. It goes without saying that most of them are the consequence of either a delayed response or no response at all.

The unavailability of vaccines on time has led to the loss of countless lives which could have been prevented by timely policy actions if only the reasoning of science could cut through the noise of political megalomania.

Those in power must not forget that with credit for achievements, comes accountability for failures.

What Is MBTI Test? Is It Reliable For Making Career Choices? – Mentor Monkey