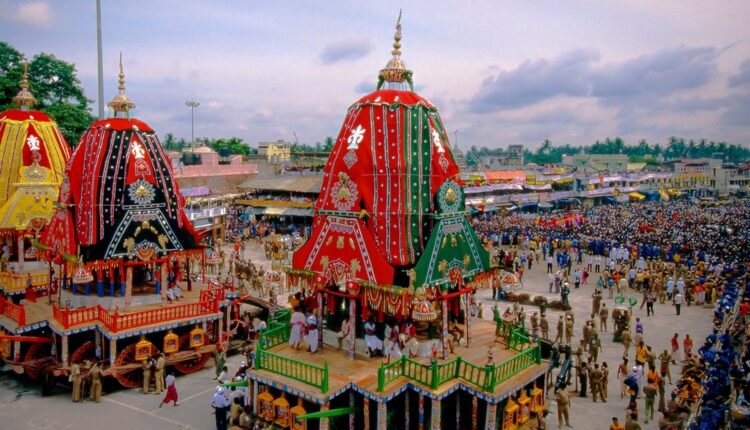 
Pradeep Jena, the Special Relief Commissioner and Development Commissioner of Odisha, declared during a virtual news conference on Thursday, June 10th, that “replicating the standard operating procedures(SOP) and adhering to the COVID guidelines, the Rath Yatra will be organised the way it was done in 2020.”

He further added “it is in Puri alone that the yatra shall be allowed,” and “all other places” will be debarred “from celebrating the festival except in Puri, as it happened last year, in view of the fear of COVID infections.”

Development Commissioner of Odisha seemed to have forgotten about the celebration in 2020, when 10 members from the ‘sevayat’ (priest) community, including a few senior servants, died from COVID and over seventy more were infected (as per official records).

The threat of the delta strain

On Saturday, British Prime Minister Boris Johnson voiced “great worry” over the rise of coronavirus infections due to the Delta strain.

The World Health Organization has classified the Delta variation, which was initially discovered in India, as a “variant of concern.

According to a recent study conducted by the All India Institute of Medical Science (AIIMS) in New Delhi, the existence of the Delta variation is prevalent even after receiving a single dose or both doses of the Covid-19 vaccine. A total of 63 patients were included in the research who had had breakthrough infections. Sixty-six individuals received two doses of vaccination, while the remaining 27 received only one dose. Some researchers even say the delta form is 100 times more transmissible than the formerly prevalent alpha version.

Ghost of the past

It goes without saying that COVID -19 restrictions cannot be followed with utmost urgency in a mass gathering like Yath Ratra, considering the level of humidity in the month of July.

The three massive chariots of Lord Jagannath, Goddess Subhadra, and Lord Balabhadra will not be pulled by the’sevayats’ alone. Each chariot requires at least 500 strong persons to pull it, and the government had previously enlisted the help of on-duty security forces to draw the chariots one by one alongside the priests.

Five hundred individuals for each chariot is a sizable gathering, and no one can guarantee that there will be sufficient space between the priests and security guards to keep the virus at bay or prevent the illness from spreading.

The administration should evaluate the severity of the new delta strain and the possibility of the inevitable third wave if lessons from the Kumb Mela Super Spreading are to be learnt.

After witnessing 4.12 lakh covid cases and 6134 fatalities each day, the authorities should be extremely cautious; they cannot allow the country to experience the same catastrophe as the second wave.

Vote bank or Stiffness? Over 1000 test positive at Kumbh Mela

How To Get Full Time Work From Home Jobs As A Java Developer? –

Do Indians Like Interfaith Marriages? The Prejudiced Society – The Second Angle

The Justice System Must Ensure That The Rich And The…

Spyware Pegasus Used To Snoop On Journalists And Ministers –…