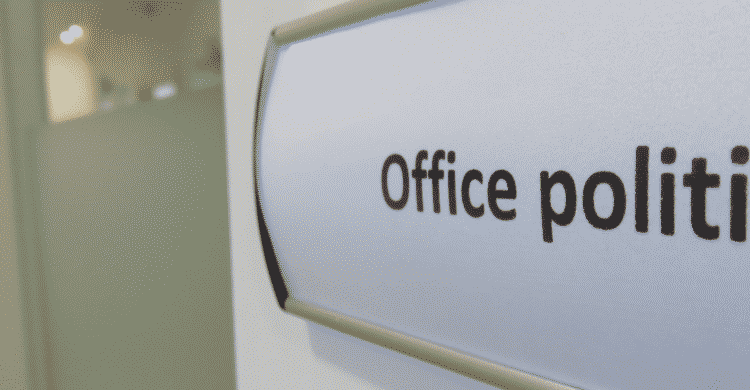 
Office politics is in the all too familiar category of necessary evils that, although intrinsically bad, could help achieve personal and professional goals. The risk of ignoring office politics is far too great a cost to bear for the average working individual as it can severely hinder your career progression. Being an often uncomfortable topic to discuss, only a meagre 2% of employees admitted to knowing the basics of how to navigate through this maelstrom of unpleasantness in a relatively positive manner.

We have established this crude yet crucial part of daily office life cannot be ignored at any stretch and what you can do is to sway the environment in your preferred direction even though you may not want to engage in the midst of chaos in the workplace. Much like everything else, there are organic and ‘honest’ methods to take advantage of this scenario without adversely affecting team morale.

The onus of this article will be to establish the reason for the existence of office politics and help you embrace the ‘good’ of the argument, ultimately helping you walk away from a difficult and uncomfortable situation with your career intact or on the route to progression.

Understand the extent of politics in your workplace

Every single workplace is political to some extent as a job is an extension of your personal life and people tend to act on their emotional needs, ambitions and insecurities. The variety of human resources available at any workplace, each having their own iterations of these ambitions and insecurities coupled with the common goal to be successful, manifest into the uncomfortable and often unpleasant medley of emotions and various actions we term as office politics. It is the stark differences in needs and personalities that build tension and create awkward workplace conflicts.

In the midst of this, we find people who attempt to assuage their own egos along with downplaying their peers, which are attempts to get ahead in the workplace hierarchy. You must find a niche from which you can operate to achieve your goals.

Here are some reasons why you should use office politics to gain a slender advantage and not try to ignore it.

1. Being politically savvy can help your career.

Politically savvy people have a better rate of career growth, better trajectories and are seen as ideal candidates for promotion. Many career experts have ruled that avoiding or ignoring office politics can be detrimental to your career. It would be foolish not to take advantage of the systemic hierarchies of the workplace, albeit ethically.

Ignoring the problem will never make it go away, and this is especially true in office politics as it should be seen as the ideal vehicle for you to move up in your office. You should explore opportunities and be prudent about choosing the right one.

2. Learn to be politically savvy

Being politically savvy includes include a sense of social astuteness, influence among peers and impressive networking ability. These attributes are far from negative as they greatly improve your social skills and establish you as an unavoidable presence in your team.

As a means of achieving and promoting a safe and healthy office environment, you must do the needful to discourage and dispel negative politics within your company or your team. To take care of the problem, you must understand the root of it and hence it is important to be involved and set an example for employees.

Politics in the workplace is inevitable, but it is up to model employees to understand, mitigate and handle the situation with experience and character. Whatever shape or form it comes in, leadership and direction are some qualities that must be a part of your character. Dealing with these issues head-on rather than simply ignoring them is how you can stake your claim as a leader in any company.