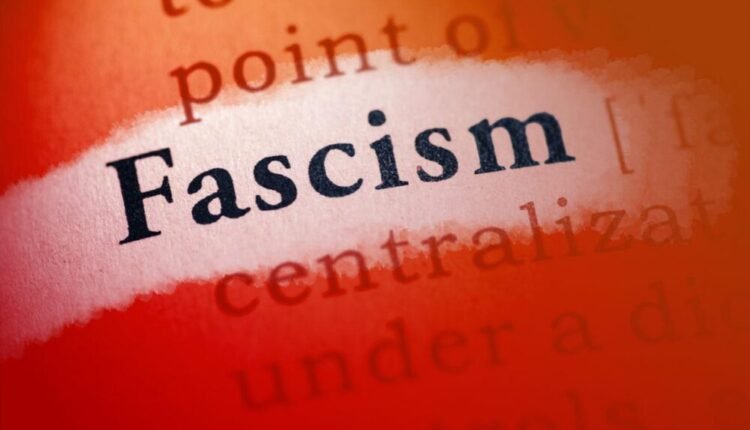 Mussolini is ascribed as one of the discoverers of fascism and is probably known best for his role in the Second World War, where he supported fascist Nazi Germany. Fascism is an ideology that is characteristically linked to nationalism. Thus, Mussolini’s life is characterized by nationalism.

Fascism places its reliance on nationalism far more than socialism which from its Marxist origins had a non-national character. Mussolini intended Italy to restore its glory and territory, which it had enjoyed during Roman times (romanita). For the restoration of this glory, territorial expansion was necessary. Mussolini justified this expansion with the concept of Spazio Vitale, similar to the German concept of Lebensraum. He claimed that Italians had a claim to ‘Mare Nostra‘ (the Mediterranean area) once again and for this, he used Roman times. According to Mussolini Italian race was superior to other races,  not biologically but culturally. For him, Italian were the ones that would bring culture and education to other peoples.

Hitler was born in the empire of Austria-Hungary but rejected his Austrian nationality. Instead, he clasped his German background. Hitler embraced fascism. His inspiration was Mussolini and he used his example for his many political choices. Nationalism dominated Hitler’s mindset at a very young age. His nationalism escalated in the First World War with his belief in German superiority.

The defeat of Germany motivated him to enter politics. He became a part of nationalist DeutscheArbeiterPartei (DAP), which later became even more nationalistic by transforming its name to NSDAP (Nationalsozialistischen DeutscheArbeiterPartei). Hitler became the most important man in this Nazi party. He was a great orator, which helped him captivate the German masses with the nationalist message of restoring the crumbled state that Germany had become after the First World War.

For Hitler, German had a right to their nation. This form of nationalism is known as ethnonationalism. According to Hitler, one could only be part of the German race by blood. Hitler didn’t only accentuate how Germany would get its former greatness back, but also how others obstructed German to reach its greatness.

For the poor economic condition and Germany’s defeat in First World War, he blamed the scapegoats. A strong national feeling was created by the use of these scapegoats and ethnonationalism by making an in-group and an out-group. Hitler augmented this feeling by using aggressive language against enemies he created. He also famously deported enemies of the state and other unwanted people to concentration camps.

Franco was in power for 39 years. He survived the infamous Rif Wara in Morocco during his successful military career. The saying at that time was that officers would either be promoted to general or would die (la Caja – the box – or la faja – the general’s sash). That saying turned out to be true for Franco as he survived and became the youngest general in Europe. Franco was a monarchist, thus, when Spain became a republic, Franco lost much of his standing. Alike Hitler’s Dolchstoßlegende, Franco also believed that the descent of autocracy or monarchy was caused by a stratagem of Jews, freemasons, and communists. Franco would resist this conspiracy by becoming a stalwart defender of Catholic Spain. Spanish Civil War gave his power an upsurge. Things weren’t good between left and right in politics since the republic was publicized. Franco remained unbiased, but eventually, shake hands with right-winged nationalists in the Civil War against Republicans. Germany and Italy supported him to win the Civil War and become a dictator.

Franco did embrace some forms of Fascism,  we can’t call him a complete fascist. He was a conservative and anti-revolutionary dictator. Franco shaped Spain as it had been for ages: a Catholic monarchy. Those who tried to change or destroy Spain were considered his enemies ( mostly Communists, Jews, and freemasons). He made Castilian (Spanish) the only official language and banned all other languages and linguistic expressions.

Josip Broz (real name) took birth in the Austrian-Hungarian Empire. He was born in a Croatian region to a Slovenian mother and a Croatian father. During the first world war, Tito was captured by Russians and brought to Russia. He joined communist forces in Russia. He idolized communism, throughout his life.

After returning from Russia, he found that his home region had become a part of the Kingdom of Yugoslavia.

Tito was one of the false names, which he used to keep publishing communist messages. Tito’s career seemed over before it had begun when the Axis forces invaded the Kingdom of Yugoslavia in 1941.

Axis forces quickly overruled Yugoslavia, but throughout the war, Tito’s Partisans continued to face the invaders. The most successful group to withstand the Axis forces was Tito’s Partisans within Yugoslavia. This daring of Tito made him the liberator of Yugoslavia. Tito’s prominence on Yugoslavian nationalism played an important role in creating a national Yugoslavian identity. Pure Marxism and Nationalism aren’t compatible with each other. Tito’s nationalist discourse contradicted with that, this might be the reason that he created his own, more nationalists, form of communism.

Inside The Dying Fabric Of Indian Leadership – The Second Angle