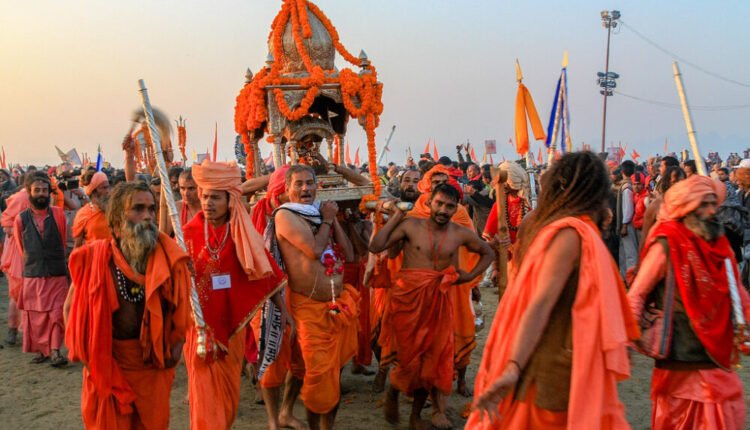 From Tablighi Jamaat To Mahakumbh Mela – The Second Angle


Mass gatherings and the pandemic go hand in hand, as one affects the other. Today we look at COVID-19 and the impact it has had on Mass Gatherings.

Mass Gatherings During the Time of the Pandemic

In December 2019, an epidemic unheard of before, soon named COVID-19 or the Coronavirus, hit our planet. Before long, things went from bad to worse and by January 2020, it had become a full-scale pandemic, sprouting from China and spreading to every corner of the Earth. By the time 2020 ended, millions around the world were infected with this deadly disease and more than a million had lost their lives to it.

I hardly need to tell you the story of what happened next. Whenever disaster strikes, politics follows, and so it did. Religious and sports gatherings around the world were put on hold or limited to only a small number of participants and pilgrims, however in India, where the propaganda machine is ever-ready, things took a decidedly dirty turn.

As logical Indians, we cannot let ourselves waste our time crying about the past and do nothing about the things that are happening right now.

So before we continue with today’s featured article, let’s understand what a mass gathering is. According to WHO, ‘An event counts as a “mass gathering” if the number of people it brings together is so large that it has the potential to strain the planning and response resources of the health system in the community where it takes place.’ This may include the Olympic Games or the pilgrimage of Hajj which Muslims all over the world attend to.

Last year when the COVID-19 catastrophe struck the world, the number of people allowed to attend the Hajj pilgrimage in Mecca was limited to 1000 to prevent further spread of the disease.

However a year later, in 2021 another religious gathering took place this time in India; the grand Mahakumbh Mela in Uttarakhand.

According to Hindustan Times, the event comes in the backdrop of the state of Uttarakhand (where the gathering is taking place) recording its highest single-day spike this year on Sunday with over 1,333 cases. While the High Court has made it mandatory for all pilgrims to carry their RT-PCR negative test report, at the rate the disease is spreading, it is difficult to say whether the exact precautionary measures are being undertaken.

The festival is traditionally credited to the 8th-century Hindu philosopher and saint Adi Shankara, as a part of his efforts to start major Hindu gatherings for philosophical discussions and debates along with Hindu monasteries across the Indian subcontinent. Approximately 20 lakh pilgrims attend the gathering every 3 years alternately in Haridwar, Allahabad, Ujjain, and Nashik.

If we can learn anything from the past, however, if 5000 Jamatis were responsible for this many cases, then it is not difficult to see how many people the 20 lakh devotees at the Kumbh Mela will infect.

We must as a first measure understand the dire consequences of the Kumbh Mela.

Currently, India is in a bad position globally in terms of rising cases in the country. It is at number two in the worst COVID-19 outbreak in the world officially, and proper vaccination is not underway yet, with millions waiting for the vaccination to take place. If in these times such a gathering as the Mahakumbh Mela is allowed to take place, it will only exacerbate the deteriorating situation in the nation.

While last time the media had the Jamaati Muslims as the scapegoat, this time no such community is available to blame on, so we are headed in an even darker direction than before.

This isn’t the first time however that a Hindu festival has been affected by rising COVID cases. In October 2020, the COVID-19 pandemic forced the Hindu festival of Dussehra to go online as a safety measure. Even Durga Pooja was scaled down due to concern among health experts that it would lead to a cascade of new infections. In many states, police barricades were erected around the usually buzzing places of worship to avoid large gatherings.

Also in August 2020, the Ganesh Chathurthi festival saw various government restrictions due to the rising number of cases. Devotees stayed at home and did online Darshan of the Lord in order to avoid getting infected as a precautionary measure.

While the vaccine has come in our hands finally, a year later, and the government has laid the guidelines of taking at least two vaccination doses before going on the pilgrimage of Hajj this year, at the moment all we can do is hope for the best, wash our hands, wear our masks and levy every single precaution we effectively can.

Does India Need To Reconsider The Humanitarian Rights Given To Myanmar Refugees? – The Second Angle