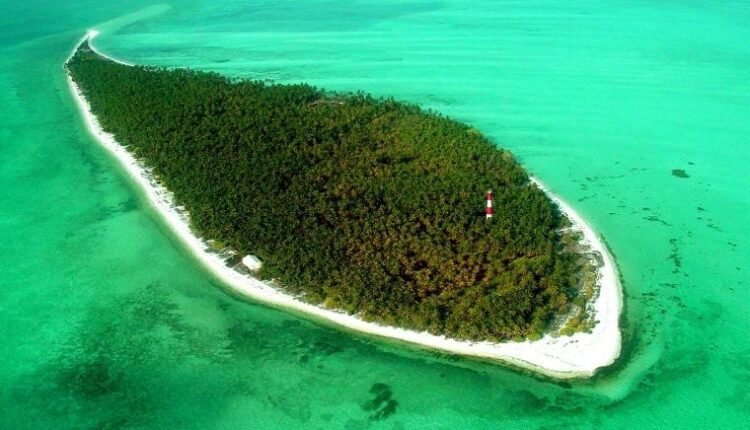 
Lakshadweep is an island Union Territory of India located in the Arabian Sea. It is a territory currently under the rule of the National Congress Party and is governed by both the local and Central government. Largely populated by Muslims belonging to the Shaafi School of jurisprudence, Lakshadweep has been a peaceful region that has celebrated scenic beauty as well as communal harmony and diversity – that is until now.

Recently the BJP based Administrator passed a set of controversial laws that have disrupted the peace and stability of the group of islands.

Opposition parties in Lakshadweep and Kerala have joined hands against the administrator’s various measures, calling them “anti-people”. They have also gone ahead to seek his removal from his position.

They alleged that Patel unilaterally lifted restrictions on the use of alcohol in the Muslim-majority islands, banned beef products, citing Animal Preservation and demolished fishermen’s sheds built on the coastal areas, saying they violated the Coast Guard Act.

The BJP sent their Vice President AP Abdullakutty to Patel’s rescue and defended him because he had sought out to put an end to “corrupt practices” of the politicians in the region.

Last year after the demise of Dineshwar Sharma, Patel, who was already in charge of two Union Territories (Dadar and Nagar Haveli and Daman and Diu), was given control over the islands of Lakshadweep. While tensions rose after the passing of the controversial legislation, the Administrator denied that any such protests took place.

Claiming that the local people were happy with the administration, he alleged that tension was created through the media and social media by certain fundamentalist groups operating from Kerala.

“Unfortunately, these MPs are playing to the tunes of such outfits without realising the truth,” Abdullakutty said.

Because of the current COVID-19 situation in the islands, Lakshadweep MP Faizal said that the Administrator was issuing “anti-citizens” draught notices at a time when the people were unable to respond. It may be argued that the marches were not held because the COVID situation in the Union Territory is deteriorating.

“We need a permanent administrator who should be people-friendly and any development activities should be within the ambit of the integrated island management plan that is being framed with the guidance of the Supreme Court,” he said.

The NCP MP alleged that Patel signed orders to retrench some 200 contract staff working as marine watchers to conserve marine biodiversity. The post was sanctioned by the Ministry of Environment, Forest and Climate Change, for which separate funds have been earmarked.

CPI MP Elamaram Kareem, from Kerela, wrote to President Kovind, alleging that this was a purposeful attack by the Administrator on the cultural life of the Union Territory.

“The undemocratic and anti-people regulation in the name of Animal Preservation, which intends to ban slaughter, transportation, selling or buying of beef products, is one among such orders. This is a blatant onslaught on the people, who depend upon dairying and growing of bovines as a means of livelihood,” Kareem said in the letter.

He also attacked the administration for allegedly having decided that the islanders should no longer rely on Beypore port in Kerala for freight transit.

“Instead, they should depend on Mangalore port in Karnataka for this purpose. The decision will also adversely affect Beypore, which has been closely associated with the island for decades”, he said and alleged that the decision was aimed at cutting Lakshadweep’s ties with Kerala.

Muslim League MP from Kerala, E T Muhammad Basheer charged the administration with trying to implement the Goondas Act in the islands, which according to him “always has an innocent face.”

Congress’ T N Prathapan alleged that the Administrator was trying to demolish the unique culture of Lakshadweep. According to Prathapan, Lakshadweep was largely free of COVID by December 2020 and it was on part of the Administrator’s mismanagement that cases began to soar.

As official reports indicate, Lakshadweep has reported over 6,500 COVID cases and 24 deaths so far.

Film actor Prithviraj Sukumaran said he was receiving “desperate messages” from people he knows in Lakshadweep, pleading with him to draw the attention of the public to the issues there.

“How does disrupting the way of life of a centuries-old peaceful settlement become an acceptable means of progress? How will threatening the balance of a very delicate island ecosystem with no regard for the potential consequences pave the way for sustainable development?” he asked in a tweet.

Sukumaran, whose film ‘Anarkali’ was shot in the islands in 2015, appealed to the authorities to listen to the voice of the people of Lakshadweep and trust them to know what is better for their land.

“It’s one of the most beautiful places on Earth, with even more beautiful people living there,” he said.

Abdullakutty said that false propaganda was spread against Patel by fundamentalist groups in Kerala because he was a former ministerial colleague of Gujarat Chief Minister Narendra Modi. He went on to dismiss any charges and state that no demonstrations were taking place.

He further said the permission for opening bars in the islands was given during the Congress-led UPA rule.

“Such a step was taken to attract foreign tourists. It is allowed in resorts only”, he said.

In response to the allegations that the decision to enforce a beef ban was politically motivated, he stated that the then-Congress government had enforced a cow slaughter ban in 22 states.

“It is not a law made by Patel. It is a law of the land. It is applicable in Lakshadweep too,” he said.

“The Goondas Act was enforced against certain miscreants who had destroyed public property and were involved in vandalism. Such people should be jailed.The administrator did no wrong,” Abdullakutty said.

Concurring with the demand for a full-time administrator, he said he has taken up the matter with his party leaders.

Hopefully, the situation will normalize in Lakshadweep sooner than later without the need for mass protests and demonstrations or by putting human lives at stake.

Cyclone Yaas Is On Its Way, And Is Expected To Make Landfall Near Dhamra Port In Odisha Tomorrow Morning. – The Second Angle