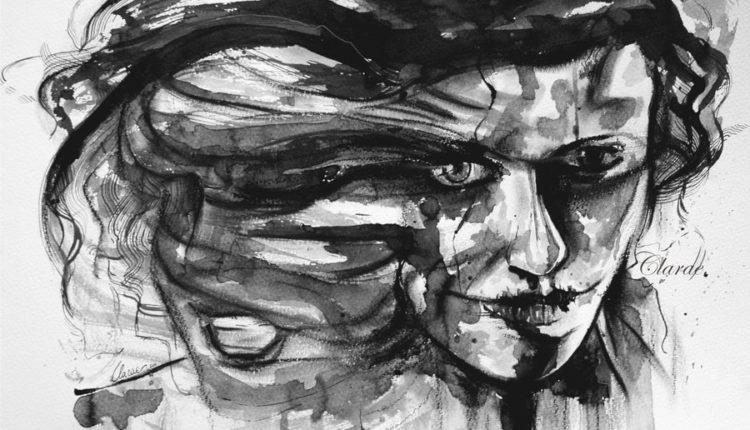 Definitely this is not the first time you’re reading about it. Infact, millions have encountered it and thousands have written about it’s might. In this epoch of practicality and realism, where feminism, sexism and racism are covering the surface, it is this unclear gray monster lying underneath that we all have heard about. It’s gray because it’s not black enough to kill us but can drive us to kill ourselves. We don’t find it hiding under our beds and we can’t save ourselves from it with the aid of a blanket. It’s an inanimate parasite that plays with the mind.

Most commonly, we pronounce it as depression, anxiety or mental disorder. Inspite of being the most common problem with a count of more than 300 million victims, as stated by WHO, we hold the most stereotypical views about it. We have this clichéd perception that only trauma is the root cause of it. And it is this over simplified view of ours that turns out to be the fueling source. As per WHO’s global campaign on depression, there is a rise of 18% in victim rates in the last 12 years. Further reports say that in the last 45 years suicide rates have increased by 60% worldwide and collectively, in 90% of the cases, mental illness has reportedly been the reason. Suicide is now among the three leading causes of deaths in the age groupof 15 to 44 years. So what is it that’s holding us back from taking a stand to minimize its cause despite knowing the scale of the issue? What is it that’s overpowering the need of dealing with the minds that we believe are going to lead someday? Maybe because it didn’t happen to us or it happened and we got over it. Maybe because we believe it’s a mere medical condition and physcotherapy is the only way out or maybe because we are the pathogens causing it and we don’t even realize it.

When we talk about help, it’s a common faux pas we make that we view help in the form of behavioral therapies and antidepressants. Undoubtedly, they go a long way checking its effect, but, in actuality, the help needed is to curb down the causes of it and surprisingly, it’s even easier to be done. But there is this thing about help, the one who needs it the most will ask the least for it and we are a generation, so drunk with the idea of viability that we have started believing that emotional approach to any situation is fruitless. We, more often than not, forget that emotions and feelings are practical and genuine parts of our systems too.  And helping doesn’t only come in the form of flooding our social media profiles with the motive, organising movements or telling everyone that we are trying to help, because we already do too much of that. We can just laugh a little less at the guy who chickens out of speaking in public, or go up and try talking to someone who sits alone around the corner, always afraid to open up or not talk over that shy guy who has a really bizarre story to tell or make little less stories about that girl who misses school or not confuse someone’s silent cries for help with seeking attention. There are infinite simple ways of doing it and infinite simple ways of making it worse for them. I’m pretty sure we all binged on ‘13 Reasons Why’, promised ourselves that we will look out for each other and then it didn’t even take us a month’s time and we threw it out of our minds. I’m pretty sure that we all cried over Chester Bennington’s demise and we didn’t even care about what drove him to do so. But now, it’s time we take a stand, start looking out for each other before it is too late. If not now, then there’s coming a time when we will be so busy dealing with our demons at hand that we will go blind to other important issues. It’s bigger than we think it is. It’s a monster that is only growing and deserves more attention than we are giving it.