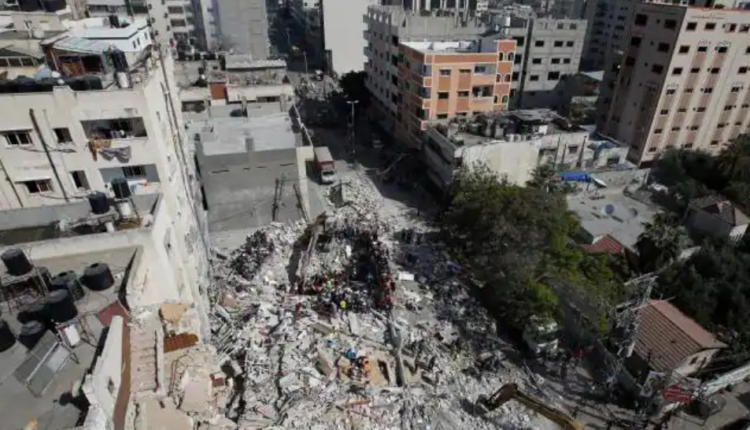 I am learning Yiddish. This is not only because I am interested in the language alongside its close relative German, but because I want to communicate better with my Jewish friends. However, despite this, I am very vocal in my opposition to the state of Israel.

Does this make me a Jew-hater?

I welcome my Jewish brethren with open arms to sit down for tea with me and have clear dialogue about miscellaneous topics so as to clear the differences our two communities face. But despite all of this, I still am not in favor of the Zionists taking over Jerusalem with the help of the brutal force of arms. This puts me at the direct risk of being clubbed under the category of a despicable ‘Anti-Semite’ by some, if not all people. So what exactly is Anti-Semitism? Is it just bigoted hatred of Jews or is it any resemblance of opposition to the state of Israel?

To understand this better, we look into Hannah Arendt’s other book, The Origins of Totalitarianism, where she describes people who harbor distrust of the Jewish community as being part of two distinct groups; the secular forces of Anti-Semitism, and the religious bigots who pave way for the hatred of Jews. For example, the Christian bias against Judaism for the alleged crucifixion of Jesus Christ is something that belongs to the second category. Anti-Semitism on the other hand is not because of religion at all, as the Nazis, largely an amoral and atheist force were anti-Semites who persecuted millions of Jews on secular grounds.

The history of anti-Semitism is yet to be written, as Hannah Arendt explains in the preface to her book, The Origins of Totalitarianism, however, we can safely say that it has existed for a long, long time. So much so, that it has even been part of fiction as well. In his book, Dune, Frank Herbert tells us about this fictional religion of the Bene Gesserit, who resemble the Jews in many respects. A Mentat (human-computer) by the name of Thufir Hawat harbors great hatred for the community for reasons he cannot satisfactorily explain aside from his belief that they are mystics who repel logic and that they are part of a conspiracy.

All this gives us an idea that Anti-Semitism is an irrational hatred of the Jews similar to how Islamophobia is hatred of the Muslims, but we still don’t know whether it has to do with opposition to Israel or not. The answer may be yes depending on who you ask.

In his book On Palestine, Noam Chomsky says; “…nowadays any criticism, even a soft one, of Israel is regarded by the state as akin to anti-Semitism,”, so, unfortunately, it is more than likely that if you voice opposition against the State of Israel or Zionism, you are likely to be branded as an anti-Semite (even if you have no repulsion to Jewish people as a whole).

Israel: Its Formation and History

Before officially being recognized as a nation-state, Israel was a collection of settler colonies which comprised of Jews who had migrated from Europe in the wake of the Holocaust and Anti-Semitism before the Second World War. This was met by opposition in the Arab World but due to internal conflicts and politics, they were unable to prevent the formation of the Jewish State and found that on May 14, 1948, Israel declared its independence. This caused a war to precipitate in the year 1948, when Syria, Lebanon, Iraq, Egypt, and Transjordan (modern-day Jordan) launched a poorly coordinated attack on the Israelis – a war which the Arabs inexplicably lost.

After their humiliating defeat, the Arabs continued to not acknowledge Israel as a nation-state and a boycott was set against the nation in 1949.

It didn’t take Israel long to establish a government, form a parliament (Knesset), elect a leader and pass laws. In 1950 the Knesset passed the controversial “Law of Return” to tackle the influx of Jews from around the world. Later on, this law was questioned as the idea of being a Jew became a matter of debate.

A democratic nation ruled by multiple Zionist parties, Israel saw several Prime Ministers over the next few decades, along with several wars including the Six-Day War against the Arabs. The opposition to Israel from all sides didn’t stop it from becoming a strong military-backed country, and despite all odds, it stands strong today.

Israel’s first major opposition was the secular Palestinian Liberation Organization (PLO), led by Yasir Arafat. In the decades that followed Israel’s formation, the wars and revisions by the United Nations made various changes to the maps of both Israel and Palestine, and Israel, which once covered the large expanse of the Egyptian Sinai Peninsula, forfeited a lot of it to the Arab nations under the rule of the more generous Prime Ministers. Today the map resembles nothing less than a jigsaw puzzle.

Soon the Egyptian organization the Muslim Brotherhood, based on the teachings of Islamist philosopher Sayyid Qutb and founded by Hasan ul-Banna decided to step in. They organized charities for the development of the war-torn region of Gaza, built mosques and hospitals, and took the Gazan infrastructure to where it is today.

Initially, the brotherhood had support from Israel because of their opposition to the secular ideals of the PLO, but things changed when the charity spiraled into a movement and in 1987, Hamas (short for Ḥarakat al-Muqāwamah al-Islāmiyyah) or the Islamic Resistance Movement was launched.

Its intentions were clear and straightforward; do not acknowledge the existence of the state of Israel, and engage in Jihad or holy warfare until an independent Islamic state was set up in its place. They went ahead to fire rockets at Israel, engage in suicide bombings in the first and second Intifada, and stop at nothing to wipe Israel off the planet. While initially, their ideals were anti-Semitic in nature, they evolved over time, and while initially, they wanted to erase the Zionists completely, now in the modern-day they have settled for the two-state solution if Israel goes back to the map of 1967.

Today the region of Gaza is under Hamas’s control since 2007, and West Bank has thousands of packets of Palestinian settlements sprinkled onto the Israel-occupied region.

Many countries consider Hamas as a terrorist organization, while others only consider its military wing to be terrorist in nature. It also has a charity and developmental wing.

Just like Hamas however, Israel has breached UN regulations countless times since its formation and has gone ahead to annex, displace and kill Palestinians over time.

Things escalated last week when in the East Jerusalem neighborhood of Sheikh Jarrah, many settled Palestinians were asked by the Israeli government to leave their homes to go elsewhere. It should be made clear that Jerusalem doesn’t really belong to anyone nation but consists of both Palestinians and Israelis.

However, a few weeks prior to this incident, a right-wing Jewish group led rallies in which they chanted “Death to Arabs”. On May 10, however, things took an uglier turn than before when the Israeli military invaded the Al-Aqsa Mosque in Jerusalem and fired rubber bullets and stun grenades at the praying people. While the Israeli forces made their best to justify their action, the damage was already done. When news reached Gaza, Hamas issued an ultimatum for Israel in which they asked the forces to retreat. When this demand was not met, Hamas started firing rockets at Israel.

In the following days, Israel exacted revenge for this action despite the fact that the Hamas rockets didn’t cause more than 2 casualties in Israel, and went ahead to kill scores of Palestinian children and women, through bombings and airstrikes.

Recently it came to light that the buildings strategically bombed by Israel were media houses in Gaza, which only goes to show how far Israel can go to contain the stories of the brutalities committed by its Defense Force.

Nevertheless, netizens took to their social media to share horrific pictures of Palestinians suffering in both the West Bank and Gaza due to Israeli attacks.

With the way things are headed in Israel and Palestine, it seems like peace is a thing of fantasy. In order to quieten the fires lit in the region, it is important for world authorities to pay heed to the situation and step in before it is too late. While India has officially voiced its support for the people of Palestine in the United Nations, a difference can only be made if other nations also participate and take the initiative to stop the violence from happening. The only outrage can come from outrage, and while people on social media argue on not calling it a ‘conflict’ and to refer to it as ‘genocide’, countless Palestinian lives stand in mortal danger.

With this, we here at The Second Angle hope that we were able to educate you a little about the history and situation in Israel and Palestine, and we also hope that there is an end to the ongoing war there.

How To Write A Cover Letter To Get Hired in 2021

What Are Some Great Career Coaching Books? – Blog – Mentor Monkey