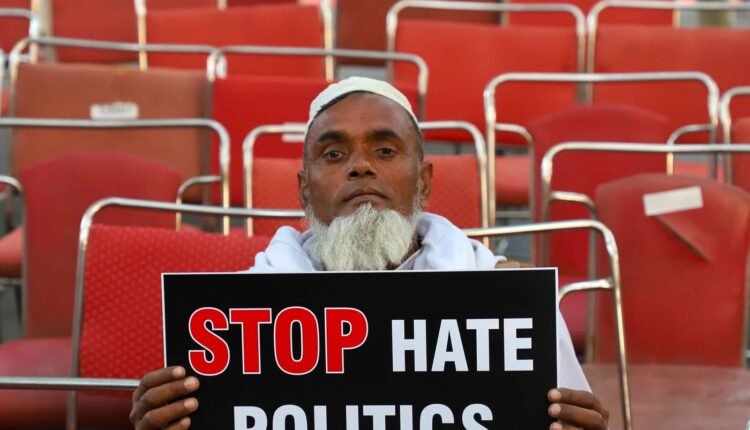 Political Parties Playing The Muslim Card-Is It Worth The Win? – The Second Angle


Political debate in India predominantly electoral and centered on vote bank and the discretionary discourse in India dominatingly revolves around the subject of “minority votes”, which basically implies Muslim votes. The Muslim predicament, no matter what, gets one of the focal subjects in election manifestos. In the recent elections going on in  Assam and West Bengal, focusing on constituencies with the majority of minority voters is worth watching. Time and time again, the figure of the Muslim leader has been put to question that whether they embrace a regressive or reformist plan.

The push of such a talk stays that the figure of the Muslim is that of a saboteur — one who isolates and debilitates and lays adrift the magnificent march ahead of the Indian aka the Hindu nation.

It is often disregarded that elections give space to the Muslim people group, similar to other people, to verbalize socio-political and monetary demands. Nonetheless, political competitions and perceptions of Muslim people during elections likewise bring about its underestimation. It is important that political parties think afresh their blueprint for the Muslim citizens or constituents.

Two differing instances from West Bengal and Assam, thriving with a fair share of Muslim populations, mark how the patriot and developmental talks in India survive through the picture of the Muslim saboteur. In Assam, Badruddin Ajmal stays a controversial Muslim figure while in West Bengal Abbas Siddique’s entrance has stirred tensions across political parties and alliances.

While radical Hindu religious leaders(need no introduction!) intrusion in active politics is assumed to be acceptable, the passing spectrum for Muslim leaders seems, by all accounts, to appear as something else. Each progression taken towards the Muslim community is termed “lollipop politics”. Besides, the weight of secularism is additionally positioned only on the Muslim group. Mainstream media is definitely to be blamed for this which scarcely gives voice to credible individuals from the community and rather thrives on propaganda which further widens this rift created over stereotypes.

Preferably, elections give a positive method to communicate political expectations and grievances. They highlight the variety of ideas within the community and give a way to bring them into discussions of issues concerning a nation. Now and then, elections become a period stretching through community violence, incitement, and conflict.  and on other occasions, it turns into a chance for outward-looking and reformist commitment.

The shared view on which citizens coming from diverse religious, ethnic, and caste identities can meet up, like issues of employment, welfare and social justice is frequently advantageously consigned to the margins by the dominant media houses.

What is needed is a healthy atmosphere of encouragement for development to all the marginalized sections of the society democratically so that opportunities for participation in democracy becomes possible.

To dream of a “New India”, we must move away from the ancient sayings of late expansionism and the anguish of partition. “New India” will turn into a reality once we realize the significance of the power of correspondence and cooperation across its diverse populace as a foundational format of political participation.

The aspiration to make some sections of the nation politically irrelevant will only unearth obstacles in the way of holistic national development.

What Does It Mean To Have Business Skills? – Blog