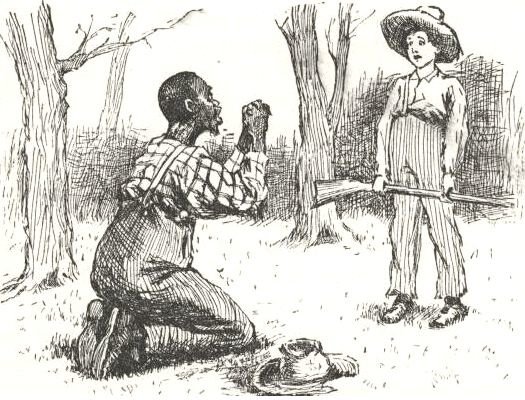 
White is where black is. The effects of the interdependence of these governing bodies are examined as a legacy of colonialism, which predicts and governs a state of independence and a culture of corruption in older African countries.

The solution to this practice is discussed as a function of good governance and depends on increased communication, social and economic opportunities, and social mobility.

Terrorism plays a key role in redefining the political and security mechanisms of the last quarter of the 20th century and the early 21st century on the African continent.

This article emphasizes the manifestation of the elements of high governance in the influence of globalization in the current wave of terrorism within sub-Saharan Africa.

The results of the interaction of major economic and political organizations in a society strongly influence change and activate the hidden ideals of social and economic freedom placed under the guise of terrorism. While it may be tempting to associate complexity with terrorism on the continent as a religion, the concept of social and economic freedom provides a common connection to its manifestations and values.

Referring to the cases, in particular, from the Nigerian state, the article emphasizes the shift in ideology and conflict between economic and political authorities between emerging interest groups and not terrorists and high-level groups within the regional leadership positions.

“Colonialism is not content to simply hold people in its grip and destroy the indigenous brains of all kinds and content. In a perverted way, it turns to the past of oppressed people, and distracts, cripples, and destroys them.

This degrading pre-colonial history work is even more important today.

However, those views cannot be measured by comparison.

According to some authors, the social impact of colonialism depended on the population of Europeans, colonial labor migration, and the level of colonial investment in the health and education sectors. Related to it were the various forms of racial and/or religious discrimination or rights.

Colonialism distorted the African pattern of economic development in many different ways. There has been a division in the production of goods, markets, retailers, transport, provision of public services and pattern of urban migration, etc.

Terrorism is defined in two ways new terrorism is a global phenomenon and involves the use of modern technology, such as cyberspace. While the old terrorists used some self-sacrificing motives for their actions, the new terrorists did not use the nuances to hide their unpopular crimes.

The new form is very strong, not deceptive, and includes the employment of martyrs and emotions to create fear and respect, as well as to find converts. At the heart of this new cause is religious fervor.

The gain is also an integral part of each of the acts of terrorism. In the context of the present study, we define terrorism as the indisputable use of violence to achieve the ideological, political, and economic goals of governmental or non-national actors who fight and fight.

In 1994, Martha Crenshaw, a leading expert on terrorism, came to realize that terrorism in Africa has never been more widespread in the Middle East and Asia. Clearly, he meant that African governments, especially those in sub-Saharan Africa, did not support international terrorism.

Protesters with African flags or with symbols of language from across the continent were also seen at events in various parts of the US.

“People of color, especially black men, are the most miserable, disrespected, and misunderstood society on the planet,” Jada Walker told crowds marching outside Dallas City Hall in Texas.

Being Black in the EU surveyed nearly 6,000 people in 12 EU countries – including France and Germany – between 2015 and 2016. About 30% of respondents said they had experienced racial harassment in the five years prior to the survey. This ranges from 63% of respondents in Finland to 21% in the UK and 20% in Malta.

Five percent of those interviewed said that they had experienced racially motivated violence, including among the police.

The highest rates of racist violence were recorded in Finland (14%), Ireland, and Austria (both 13%). The lowest prices were observed in Portugal (2%) and the UK (3%).

White countries claim to have been deported and swept along by foreign borders and often cite racial and ethnic cleansing as a way to revive the hegemonic white supremacy.

Sahar Zand and Fareed Zakaria face criticism for giving words to courageous activists, but the idea of freedom to discuss all subjects is very important.

Expanding the controversy while putting it to a scientific test is the best way to deal with racial discrimination in the western world.

Some people want to recapture the times, but globalization is about to end and as Western societies become more multicultural and multiracial, we see a new generation of young emerging leaders of mixed ethnicity.

Permanent immigrants to Europe and the United States, especially those of non-Western backgrounds, are discriminated against on the basis of class distinctions, which continue in schools, colleges, courts, police departments, and social gatherings.

On the other hand, they face a sense of helplessness when political power is gradually eroding, giving more acceptance to right-wing groups determined to compromise their security, including their right to citizenship.

Discrimination against certain institutions creates instability among the youth of disadvantaged people, and this, in turn, exacerbates the negative effects of increasing and further supporting right-wing groups.

Sahar Zand talks to a boy from a Somali background, who regrets being upset with Rasmus Paludan for burning the Koran. He says next time he will look the other way and not allow himself to be upset.

There is a solution. Even if immigrants face formal discrimination in society, they will need to show restraint and calmness in order to avoid further divisions and hope that change will gradually happen and everything will be alright.