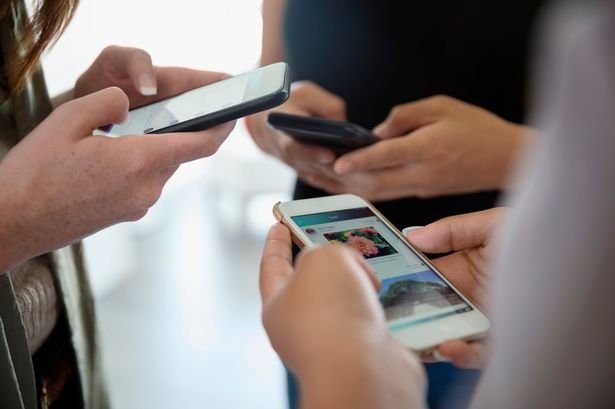 According to experts, the seven billion population of the world will each have a mobile phone in their hands. Each of them will have attained what we can call ‘peak attention, in line with the phrase peak oil production, where every face and mind at any moment will be so attentive to the online flow of information that there will not be any more left for other things.

With the three giants of the digital world, Facebook, Google, and Apple monitoring our online performance and polishing their automated algorithms to best serve us attention-grabbing content, people have already started to show symptoms of attention mania.

The mind locked into a feedback system of likes, comments, read receipts, reactions are experiencing what David Foster Wallace called ‘Total Noise’ – ‘the seething static of every particular thing and experience, and one’s total freedom of infinite choice about what to choose to attend to’.

The conversations you have in the private space of the chatbox are a mere by-product of the actual process of connecting people online in a web of content that we don’t pay attention to.

Facebook is constantly under scrutiny for its immense influence on real-world events like presidential elections, whereas Google sets trends in marketing and advertising, and Twitter at the same time becomes a platform for testing word-bombs that threaten world order.

The social media giants which once were mere intermediaries in two people’s conversations are now playing key roles in influencing the freedom of choice and thought the board.

Big data, privacy concerns, surveillance are the quantifiable aspects of the bigger unquantifiable problem of its transformative effect on human relations. A conversation conducted on a digital platform is one replete with the natural mental tactics of anticipation amplified by the absence of the other person.

Apple’s iMessage shows a breathing three-dot looping image when your friend is typing something so that you can wait in anticipation but the visual confirmation is lacking so that there is a bleak silence between the two and the mind is filled with anxious thoughts.

WhatsApp shows the infamous blue double-tick when your friend has read the text and you are bound in the contract that he/she has to reply immediately for your satisfaction otherwise the conversation has no value, and likewise so does your friendship.

Consider the philosophy of Upworthy, a website made specifically for viral content. Its basic principle is to create content that grabs your attention in a way that you will be willing to share it with others as well, in that way creating a grapevine network of a viral spread of content that is hollow in its core. There are algorithms in place which produce thousands of tweaked versions of the same content and test it continually so that it becomes most attention-worthy.

This puts companies and individual coders, advertisers, designers, technicians, executives under great responsibility. However, the fact is these people themselves seem to follow an algorithmic path in pursuit of non-human capital at the expense of human worth. In the book Hooked: To Build Habit-Forming Products, Nir Eyal, Stanford lecturer, and tech consultant uses the outmoded and by some standards vile principles of behavioral psychology to induce automatic responses from users on the internet.

On the other end of the spectrum is the technology ethicist Tristan Harris who runs the Centre for Humane Technology. He asks for moderation in the design and creation aspects of social media products where the attention is least on marketing to people and of people.

In the long run, we might achieve some kind of discretionary and humane policy regulated systems of social media, but in the present, it is up to our discretion and moderation that we can escape the loop of liking, commenting, and waiting for replies, or just put the phone down when we are talking to an actual person in the real world.

Also Read: Will India Unite Against Modi In 2024? Opposition Fortifying Behind The Curtains

How To Practice And Prepare To Best An Online Job Interview? — Mentor Monkey

Why Do I Fail The Pre-Employment Behaviour Test? — Mentor Monkey