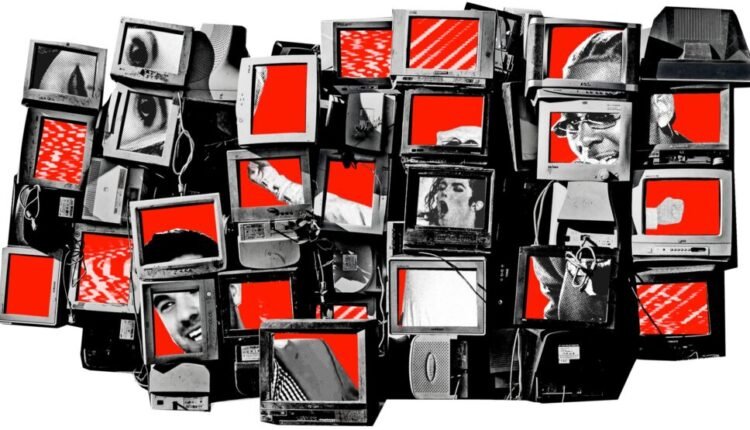 The Culture Of TV – The Second Angle


If there is one thing white American writers who blossomed into the 90s do well, it’s criticism.

Mark‘s analysis is incredibly valuable if not entirely original in a scathing collection of essays primarily focusing on Miller’s judgment of television deeming the “social phenomenon of Television” as cynically dangerous.

In the context of the fact that this collection of essays were published in 1988, his analysis of advertisements is sharp and critical.

He deconstructs in overwrought language the hideousness and ubiquity of advertisements.

The Culture of Television

He writes, “TV has turned the cultural atmosphere into one big ad ” He further says that “critical appraisals” addressing TV’s goodness or badness miss the point.

For, in the end, television’s raison d’etre is to serve the adman as an “effective corporate instrument, whose sole purpose-as its executives will tell you is to sell you to the advertisers.

” Now, insights like these have percolated through culture enough for them to be typified and solidified into common knowledge so nothing absolutely shocking or original.

Lots of American references and contexts that the reader needs to be aware of to mine any meaning.

Particularly noteworthy are Miller’s chapters on Bill Cosby, Family Feud (Victory demands the absolute suppression of any wayward thought or preference, any eccentricity that might define the family apart from TV’s bland reconstruction of ourselves.”) and his viewer’s guide to the 1984 Presidential election.

He constructs a prototype of the television ironist that on one hand seems to say to the audience that they too smart to be watching this nonsense–say stupid people tricks–but encouraging them to stay tuned anyway because they are in a sense, in the on the joke.

That same audience is then turned over to advertisers that work on a similar principle: ads that are full of irony (you are too smart to fall for this dumb ad!) and trying to morph that irony into a desire to purchase a product.

Advertisements
Overall, Miller presents a cleverly worded condemnation of TV media-city, a technology of programming giving rise to a place where, as T. S. Eliot says of hell, there is nothing to escape from or escape to.

Miller’s language is somewhat overwrought (all throughout the book, unfortunately) but the subtext is striking once it is pointed out.

When this sort of subtext is highlighted to common people, they often respond with something along the lines of, “Don’t you think he’s over-analyzing this? These are just  advertisements, after all.”

This is precisely the way Miller intends to warn us against. Advertisements are ubiquitous and unavoidable. We are consciously and unconsciously bombarded with them from all directions everywhere, and the underlying meanings and subtexts will penetrate our psyche.

Rather than suggest that something we are surrounded by is unworthy of study, we should be all the more willing to discover what it is actually saying to us.

The people that make national advertising are sophisticated and highly trained. They are completely aware of everything they place in their ads.

Though written before the Internet, you can transpose most of his opinions on television to the web.

What is unsurprisingly ironic about this is that Miller employs the same tired irony that he accuses Television figures of. This book would have been more meaningful if it wasn’t laced with scorn, cynicism, and ridicule.

Setting aside the “rare exceptions” of “art on TV,” Miller alerts us to the resonant emptiness of television, an invention offering itself as “an escape” but which in truth, is no exit past, present, future. On TV, there’s only everlasting now.

How To Choose A Career Path In Computer Science?

Are The Online Jobs Reliable Or Fake?