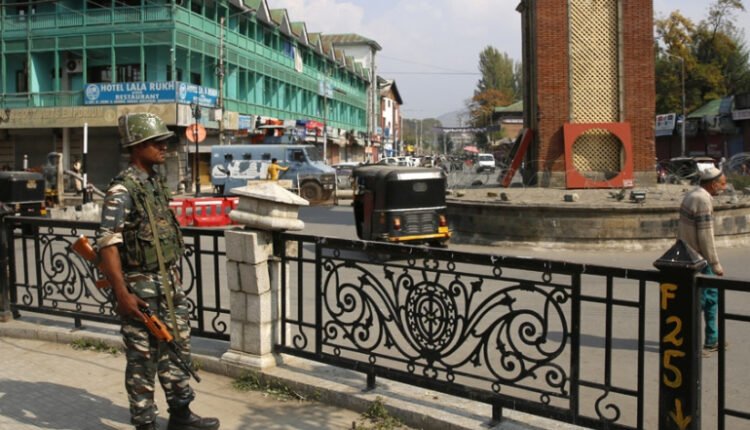 Will Kashmir Become A War-zone Again After Kabul Falls? Terrorist Infiltration In The Valley Looks Inevitable – The Second Angle

The Taliban– a fundamentalist Islamic group- has been rioting over Afghan land ever since the United States incepted an attack on the terror group in 2001.

Twenty years later, the Taliban has become stronger than ever and is trooping a siege over Afghanistan, it will not be long before Kabul falls and the Taliban takes over the whole country.

The USA has made feeble requests to Taliban leaders to spare its embassies in Kabul, but it is unlikely that the Taliban will back down at this zenith of its power and influence unless its demands are fulfilled.

It is widely believed that the Taliban has military and financial backing from Pakistan and even though many leaders have diplomatically refused any such claim, Pakistan has oftentimes tattled on its own intentions in various tweets and on-record statements by prominent lawmakers such as Mohsin Dawar and Afrasiab Khattak urging that Taliban associates roam free in the country, which confirmed its support for the terrorist group.

And the presence of other major terrorist groups, including a branch of the Taliban itself, does not play in favor of Pakistan’s innocence.

Although the Taliban itself has denied any connection to Pakistan or any intention to get disheveled between India and Pakistan’s complicated relationship, the possibility stares right into India’s eyes.

This, however, is not the most concerning part of the problem; over time china, for its personal gains, has strengthened its ties with the Islamist group and has mandated that if and as soon as Kabul crumbles,

it will legitimize the existence of the Taliban in Afghanistan as the official ruler of the state.

Because of the strained relationship India and the entire world except Pakistan has with China, the risk of terrorist invasions in India will increase threefold if China, Pakistan, and the soon to be conquered Taliban state will join forces.

It will be a three-way nexus of terror against India when the three dominant neighbors of the country start acting as bullies for the pursuit of Indian territory; and what place will be the epicenter of this fatal conflict?- Most definitely, Kashmir.

Kashmir has been living inside bars ever since the scrapping of Article 370 in the constitution of India, and it looks like peace is still a distant dream for the valley and its people.

It has not been long since Kashmir got back all the basic necessities that were dictatorially taken from her and now another war looms large over the crown of India.

India has assets worth around 3 billion dollars over in Afghanistan- which include mega projects like Dams, hospitals, libraries, and a grand parliament house among others- and even though the Taliban appreciated India’s contribution to the country’s infrastructural development and has clarified that it does not intend to harm any of the embassies and diplomats present in Afghanistan, the recent attack on Salma dam, also called the ‘India-Afghanistan Friendship dam, by Taliban forces cannot be ignored.

The attack took place on Monday in the Herat Province of Afghanistan and resulted in 16 casualties, all security personnel members.

The Taliban has already warned India to not interfere militarily in an attempt to rescue the current regime and so far, India has abided with no military involvement whatsoever.

But if there continues to be no intervention against the terror group, it will be a matter of days before Afghanistan and its citizens will be ruled by the Taliban once again and terror will grow like weeds over the land.

Also Read:  ICC to bid for cricket’s inclusion in Olympics

Why It Is Hard To Find Work From Home Online Jobs? — Mentor Monkey

What Is Experiential Learning, And Why Is It Important For Your Career? — Mentor Monkey