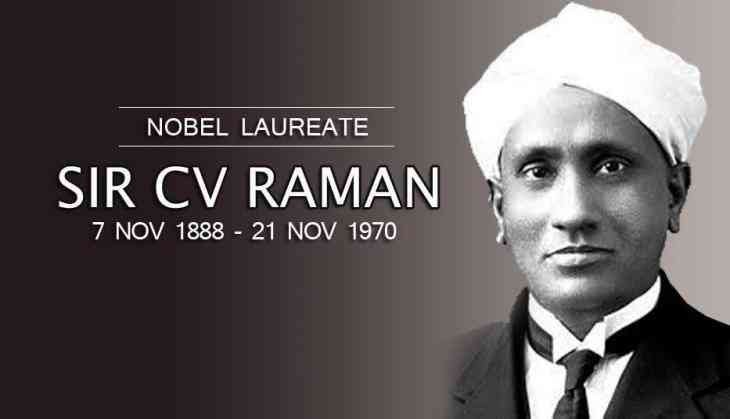 Sir CV Raman was born on November 7, 1888, in Tiruchirapalli, Madras province of British India (now in the state of Tamil Nadu). An Indian scientist, India’s greatest Physicist, and Nobel Laureate, Sir Chandrasekhara Venkata Raman was a pioneer of modern science and research in India and always worked effectively towards its growth in the Indian subcontinent.

An enthusiast of physics from a very young age, Sir Raman completed his Master’s in Physics from Presidency College of Madras in 1907, at the age of 19, with the highest distinctions. It was in the college itself where his potential and self-will were recognized and he was given unlimited access to the laboratories.

In November 1906, at an age of just 18, he had his first academic paper published. The paper talked about the behavior of light: Symmetrical Diffraction Bands due to rectangular aperture was published in The Philosophical Magazine (one of the Oldest Scientific Journals in English).

This article of an 18-year-old student of Physics was thought to be the work of a Professor by Lord Rayleigh. Sir Raman dedicated his entire career towards the fields – optics and acoustics. He was the first physicist to investigate the harmonic nature of the sound of the Indian drum.

He was the First Asian to win a Nobel Prize in Physics for ‘THE RAMAN EFFECT.’ The Raman Effect was discovered on February 28, 1928.

“The Raman Effect, whose explanation agrees so well with quantum theory, will undoubtedly become a vital source in growing our knowledge of the states of atoms or molecules in transitions, between which their characteristic spectra are emitted.” – Niels Bohr

The observations were first published in 1928 titled ‘A New Radiation’ in the Indian Journal of Physics (Volume 2, 1928). What came to be known as The Raman Effect is a colour change accompanied by the polarization of light, never before was this ever phenomenon recorded.

The discovery earned CV Raman the 1930 Nobel prize in physics, the first in Asia.

An evidence of the quantum nature of light, Raman Spectroscopy was mentioned at a Presidential Address to the Royal Society, London in 1929 by the man who discovered the nucleus and proton of the atom, Dr. Ernest Rutherford.

It was the Royal Society where CV Raman earned Knighthood and was given the title ‘Sir.’ The Raman spectra are used in labs across the world in qualitative analysis of living cells without inducing harm to them and to detect diseases such as Cancer.

28th of February (the day Raman effect was discovered) and is thus, celebrated in our country as the National Science day. To honor Sir Raman’s work and contributions, the day is marked to bring more and more people closer towards understanding the importance of science and research in our everyday life.

In 1933, Sir C.V Raman became the first Indian director of the Indian Institute of Science, Bangalore. He was a patron of scientific research in India and has contributed towards the building up of nearly every Indian Research Institution in his time. Sir Raman has been honored with a number of honorary doctorates and memberships of Scientific Societies.

HIS INVESTIGATIONS AND OTHER INTERESTS :

He was honored with Bharat Ratna (India’s Highest Civilian Award) in 1954.

As a great teacher, he had a strong belief that Science can never be driven by any form of pressure.

“I strongly believe that fundamental science cannot be driven by instructional, industrial and government or military pressures. This was the reason why I decided, as far as possible, not to accept money from the government.”

How Strong Is The Attraction & The Bond ? – The Second Angle