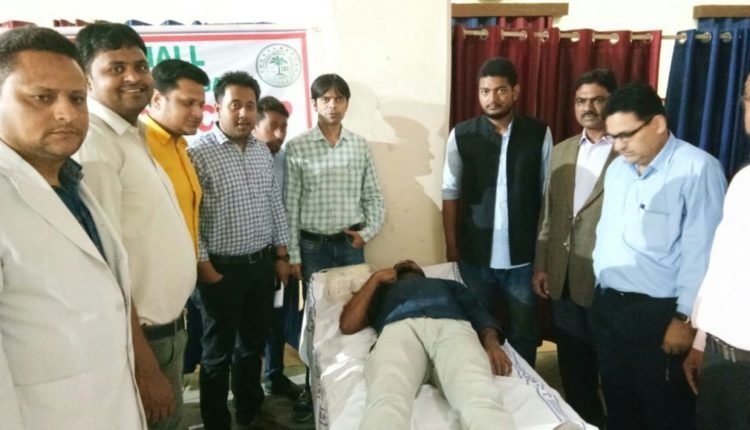 Over 50 students from various residential halls of the university voluntarily donated blood in the camp organized by JNMC in collaboration with the V M Hall.

Prof Naseem Ahmad Khan (Provost, V M Hall) and Prof S H Arif (Incharge, Blood Bank) who were present at the camp with wardens and post-holders of the V M Hall stressed the need to donate blood for saving lives.

The Institute of Ophthalmology, JNMC organized an eye-donation camp in which students from all over the university participated.

Prof M Ashraf and Prof Adeeb A Khan (Incharge, Eye Bank) added that with the camp we expect to increase the eye donation movement in the country and educate people about the importance of such camps. Dr. Zia Siddiqui was also present on the occasion.

The Athletics Ground of the university which will host the convocation ceremony has been equipped with 20 fire exits and fire extinguishers have been placed at the venue. The university authorities have informed that mobile phones and cameras will be prohibited at the venue.

Meanwhile, AMU Vice Chancellor, Professor Tariq Mansoor headed a rehearsal of the convocation ceremony at the Athletics Ground in which all the deans and chairpersons of various faculties and departments were present. Academic Council, Executive Council, and Court members also participated in the rehearsal ceremony.

A total of 5, 381 degrees will be awarded to 2891 graduates, 2094 postgraduates, 25 M Phil students and 371 Ph.D. candidates during the convocation ceremony, which will have President of India, Shri Ram Nath Kovind as the chief guest.