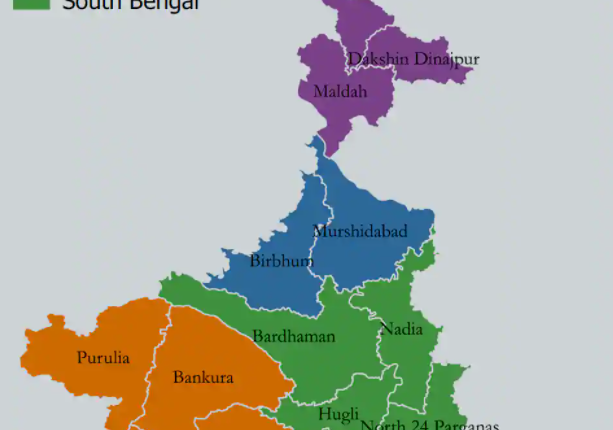 An Analysis Of The Aftermath – The Second Angle


Politics never fails to surprise. Its dynamic nature and sheer complexity always leaves one puzzled, whether you are a novice to the field or an all-out political analyst. There is a scene in James Joyce’s A Portrait of the Artist as a Young Man in which young Stephen Daedalus is seen pondering over this particular part of society.

The passage goes like this; “He wondered if they were arguing at home about that. That was called politics. There were two sides in it: Dante was on one side and his father and Mr. Casey were on the other side but his mother and Uncle Charles were on no side. Every day there was something in the paper about it. It pained him that he did not know well what politics meant and that he did not know where the universe ended. He felt small and weak.”

Like young Stephen, our inability to understand politics at times renders as meek and small, and puzzles us and excites us like nothing else. Cynics would argue that nowadays politics follows the same general trend and there is nothing much left to surprise, but with the fresh West Bengal Election results at hand, that argument can be put to rest. Bringing in its wake glad tidings for the people of Bengal and a multitude of surprises, the recent 2021 Assembly Election in Bengal has undoubtedly been a wild ride.

So without further ado, let us dive into an analysis of the poll results and particularly why the BJP suffered a major loss in the State’s Vidhan Sabha elections despite its heavy efforts to win over the public by conducting high profile rallies that too in the midst of a nationwide pandemic.

An Overview of Politics in Bengal

The state of West Bengal has a rich blend of cultural diversity with 50% of the voters being female and 27% of the population being Muslim – the rest and the majority being Hindu. Since Independence and the partition of Bengal, the state has been variously ruled by the Indian National Congress and the Communist Party alternately, and All India Trinamool Congress since 2011.

While the BJP has made attempts to penetrate the state’s politics various times throughout history, till date it has been unable to form a majority in the State Assembly, but still it has a significant presence within the state and in its politics. With its fair share of Muslim minority, Bengal is a promising site for Divide and Rule policy of the right wing parties to work, but, despite the state’s history of bitter political violence, there haven’t been instances of any Hyper-nationalist conflagration in West Bengal.

2021 as some would argue, has been a bad year for humankind, with a raging pandemic at hand but it has almost certainly been a good year for politics in India, with Assembly Elections in 4 states and one Union Territory; Tamil Nadu, Kerala, Assam, West Bengal and Puducherry.

Aside from the MahaKumbh Mela which took place in Uttarakhand this year, some of the largest public gatherings have taken place in these states and union territory with election campaigns and colorful rallies that are unique to India’s rich democracy. Despite the COVID-19 Pandemic and shortage of medicines and Oxygen Cylinders the country was suffering from, the honorable Prime Minister of the country urged citizens to vote and celebrate the festival of democracy – a move which has been met with its fair share of criticism by the opposition and the general public alike.

Still, a mere Pandemic which has put the lives of millions at stake is no match for India’s rich democracy, and nothing including the Coronavirus can stand in the way of the elections.

This time around, many interesting things happened in the Bengal Elections, including the untimely demise of the CPI (M) which was historically a strong force in the state West Bengal, the BJP’s all-out unleashing of Central party figures including the Prime Minister Mr. Narendra Modi onto the scene, the hilarious yet pitiful loss of the once grand Indian National Congress, the low involvement of parties that cater specifically to the Muslim minority such as AIMIM and ISF and the smart planning and strategy making of TMC’s main election strategist Prashant Kishore.

In this election one could truly witness India’s dance of democracy in its complete glory, with exit polls missing the target once again and the BJP losing despite its efforts to win at all costs. The Trinamool Congress emerged victorious with over 200 seats under its belt, leaving BJP at a small total of 77. The Congress-CPI(M) alliance failed to prove fruitful as neither party scored any victory in the entire state. It was the first time in the history of West Bengal that either party drew a blank. While Muslims make a significant portion of the population in Bengal, no Muslim political party came forward to create a Muslim vote-bank in the election.

In the decade that followed after 2013, Hindu appeasement had been the crux of BJP’s election campaigning in both state and central elections. However this technique misfired in West Bengal by the smart and strategic poll management by TMC with the help of Prashant Kishore (popularly known as PK). According to political analyst Kanchan Gupta, among the many reasons for BJP’s defeat was the underestimating of Muslim vote coalescence and overestimating the fragmentation of Muslim votes.

While normally, the BJP would polarize the masses by bringing up Muslim appeasement in front of the public and thereby creating a Hindu vote bank, this time the strategy failed to work as the ISF led by local cleric Abbas Siddiqui of Furfura Shareef and AIMIM led by Asaduddin Owaisi took the decision not to contest the election very actively and that decision was smartly taken at the near end of the election process, thereby confusing BJP and forcing them to re-strategize and work on a plan B for which they were not well prepared.

Since Mamata Banerjee had a strong vote base among the womenfolk, which constitute around 50% of the total vote, they voted en masse in favor of TMC irrespective of caste, creed, region or religion.

Moreover fear of CAA-NRC compelled the 27% of the Muslim population to vote together for the TMC, even for the first time in history of West Bengal in Murshidabad and Malda which constituted of majority who were the traditional voters of the Congress Party.

Poor COVID management by the Central government played a big role in ruining the chances of BJP’s victory in the state. On the other hand introduction and implementation of different welfare schemes by TMC like the Kanyashree Prakalpa and Sabuj Sathi helped a lot to restore the confidence of the voters.

Bengali Asmita was very smartly propagated by the TMC in order to spread the feeling that BJP was an outside force descending into the state. TMC and Team PK very efficiently converted the adversity into opportunity like use of abusive language by BJP, misuse of paramilitary forces and Election Commission and other government institutions. They propagated it very smartly among the voters.

While the excesses of the Farmer’s Bill and the government’s mismanagement of the COVID Crisis in the country was a wake-up call for the whole nation, Bengal proved once and for all that victory over fascist and unworthy leaders is always within the hands of the people and no matter what strategy one may try to divide and conquer a people, it is possible for that people to stay united and strong. To the people of West Bengal, their Bangla identity matters more than petty differences of religion, caste and creed, and this 2021 election stands as a testimony of that.

How To Find The Career You Would Enjoy?

What Are The Career Choices For ENTP People? – Blog