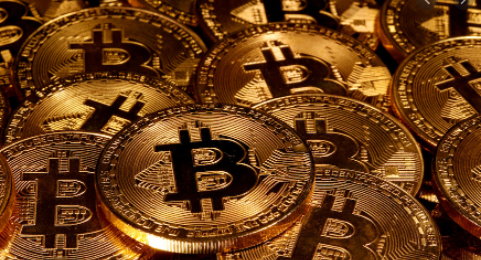 Bitcoin All Set To Replace Traditional Currency? – The Second Angle


Every one of us has heard about the various cryptocurrency in the market nowadays. With the billionaires, Elon Musk tweeting about the same all the time it has become one of the biggest talks of the town. The amount of interest that people are showing in these coins makes it feels that this is will be the future of the currency.

Cryptocurrency is a digital currency that uses encryption techniques to regulate the generation of units of currency and verify the transfer of funds, operating independently of a central bank. At a time when the global economic system is in turmoil, cryptocurrency is marvelling experts by its resilience.

There is more than 1000 cryptocurrency that exists in the market today.

Bitcoin is a cryptocurrency, an electronic decentralized digital currency, which uses peer-to-peer technology and is not controlled by any central authority.

This cryptocurrency was invented by an unknown group of people with the name of Satoshi Nakamoto who invested in it, in 2008 and later the currency came into use in 2009. Today Bitcoin has the value of $44,521.000 in the market.

However, the future of bitcoin is highly debated. On one hand, the media has been inundated with so-called crypto-evangelists who tout the decentralized currency as the future of finance.

While on the other hand, bitcoin’s main benefits of decentralization and transaction anonymity have also made it a favoured currency for a host of illegal activities, including money laundering, drug peddling, and terrorism financing.

Bitcoin companies are coming out of the woodwork. Even though it’s been having some issues, Bitcoin has had a lot of success and is growing in popularity.

Bitcoin’s recent issues have led to several companies unveiling alternatives. One such solution is Litecoin, which offers faster transaction speeds and a lower cost of mining.

The idea of the bitcoin and the amount of popularity this currency has gained, have favoured a lot of other cryptocurrencies in the market.

The future of the finical world too seems to be clouded and covered up by the internet and online mining. According to the research, online mining and internet currency will rise to over 200 million users by 2030. This fast and the updating changes in the world have said to brining and making a lot more advanced future for the world of finance.