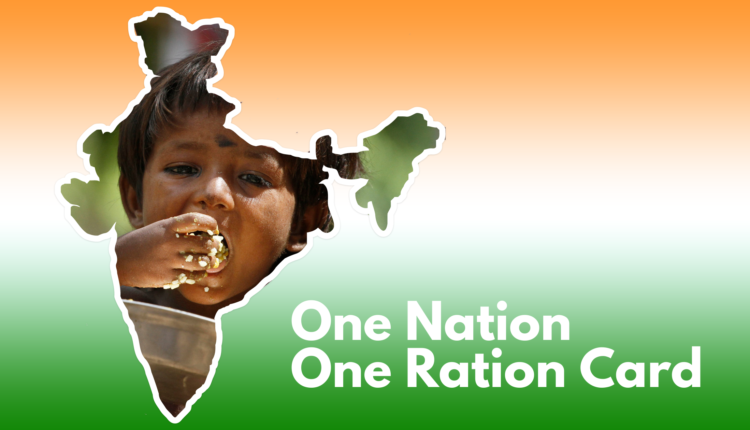 
The Centre recently asked the Delhi government to comply with the provisions of the National Food Security Act (NFSA) 2013, by June 30.

The Ministry of Consumer Affairs, Food, and Public Distribution wrote to the Delhi government’s secretary of the Food and Civil Supplies Department to use the ePoS system for ration distribution.

After Chief Minister Arvind Kejriwal’s re-submission of the file to Lt-Governor Anil Baijal regarding the doorstep delivery of ration, the center took this step to instill the rule under the One Nation One Ration Card (ONORC) Scheme.

This section clearly states that the Central and state governments shall try to undertake necessary reforms in the Targeted PDS.

The reforms included the end-to-end computerization to record transparent recording of transactions at all levels and prevent diversions for the doorstep delivery of food grains to Targeted Public Distribution Systems (TPDS) outlets.

And to access biometric information of entitled beneficiaries and to implement full transparency of records, unique identification i.e. Aadhaar is leveraged.

The Delhi government in April 2018 temporarily suspended the distribution of ration through the e-PoS (electronic point of sale) system.

While the Centre is focused on implementing the practice in the National Capital, there has been a lot of debate on the universalization of the PDS during the pandemic by former RBI governor Raghuram Rajan, development economist Jean Dreze and many opposition leaders.

During the onset of pandemic-induced lockdown last year food security has become a large issue in the country and poses a threat for India’s ranking in the Global Hunger Index as well as reverse its progress on Sustainable Development Goals.

In its report published in 2019 under the title ‘State of the world’s children 2019’, Unicef gave some eye-opening statistics on the state of malnourishment in children.

The report found that 8.8 lakh children in India below the age of five died prematurely in 2018. Of those, 69 percent died of malnutrition.

The issue of hunger is not a new concept in India with economists and activists tracking hunger and malnourishment and asking to make the ration system coverage universal.

Before the National Food Security Act of 2013, there was a Targeted Public Distribution System (TPDS) in place since 1997, which replaced the almost universal PDS.

The TPDS was targeted at poor people who were identified through a BPL survey and were provided major food grains including rice and wheat sold from Fair Price Shops at significantly lower prices than the market rate.

While this was a welfare scheme aimed at providing the poor with food, there were arguments that people are entitled to the benefits and need food security in place.

The transition in approach from welfare to right happened in 2013, which led the UPA government to launch the National Food Security Act in 2013 to bring the various schemes tackling the issue under legal entitlements.

The aim of the National Food Security Act was to provide grains at subsidized prices and enable the Public Distribution System (PDS) to provide services.

Under the Act, every pregnant woman and lactating mother is entitled to monthly rations, the nutritional needs of every child are legally recognized by the state, and priority households’ ration cards are entitled to 5 kilograms of food grains at highly subsidized prices.

But the number covered continues to be 813 million, as it was in 2013 when the act came into force, implying that at least 108 million people who should have been covered under NFSA are not covered.

A study by the National Council of Applied Economic Research (NCAER) titled Evaluation Study of Targeted Public Distribution System in the Selected States, says that ‘the NFSA is considered to be a modified version of the TPDS, which is designed to curb leakages’ while mentioning that ‘the Public Distribution System suffers from leakages in the form of diversion of food grain because of a few systemic weaknesses.’

The irregularities in the PDS system are manifold. In addition to the outdated data used from the Socio-Economic and Caste Census of 2011, there have been cases of problems in linking ration cards to Aadhaar.

Right to Food activists in Jharkhand has listed in detail 20 deaths between September 2017 and June 2019 due to hunger and malnutrition because of alleged irregularities in the PDS and a few due to denial of social security pensions.

The growing food insecurity and the deaths due to starvation have increased manifold during the pandemic, which argues with the implementation of biometric use in PDS during the crisis or a need for universal coverage as argued by many social reformists.

As a part of ‘Aatmanirbhar Bharat’, Pradhan Mantri Gareeb Kalyan Anna Yojana was introduced in 2020 to provide free food grains to migrants and the poor but resulted in the large-scale deletions of legally eligible individuals from the government databases.

In a story that came from Bihar in April 2020 during the lockdown, PDS customers were pushed to starvation as the machines at ration shops did not recognize their Aadhaar-registered fingerprints.

Career: Is This The Right Time To Plan?

What Kind Of Career Would Be Excellent For Me? –