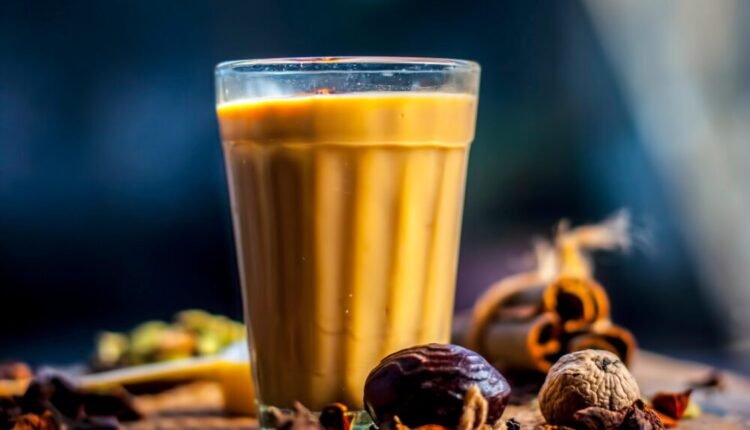 Chai Or Emotion? A Journey Down The History Lane Of Chai On International Tea Day. – The Second Angle


Be it a brimming cup of tea on exam night or charcha over chai, Chai is an integral part of Indian Culture. No day starts without a sip of hot tea. It is not only the most preferred beverage in India but around the world.
Some of our early memories of chai are from train journeys that ‘Chai Chai Garam’ calling in the trains is music to ears and would certainly wake us up from our graves. Chai, an emotion that binds the family and the nation had at a time in history raged wars.

International Tea Day is celebrated every year on 15th December by tea producing countries. This day is celebrated by countries – Bangladesh, Sri Lanka, Nepal, Vietnam, Indonesia, Kenya, Malawi, Malaysia, Uganda, Tanzania and India. This is done in order to grab the attention of Governments and Citizens towards the plantation and cultivation of tea and to highlight the impact it has on workers and the tea trade.

To celebrate this day and highlight the significance of the tea trade workers and Workers Organisations gather around and organize events, seminars. We as chai lovers can also be part of this and celebrate International Tea Day by reading the rich and interesting history of tea. And most importantly having a kitty party with your girls but this time with chai. Yes, a Chai party!

On International Tea Day let us hear the story of tea.

I know you are wondering who discovered tea. It happens that in 2737 BC, a Chinese Emperor named Shen Nung was sitting beneath a tree, where the emperor was sitting there was a pot of water on the boil, few leaves from the nearby tree fell into the pot. The tree was Camellia Sinensis. Out of scientific curiosity, the Emperor taste that accidental infusion and that’s how tea was discovered.

Ha! How very simple, I am sure we all have been grown up listening to this story. However, how much truth is present in this brimming tale is unknown. But one thing we are sure of is that tea came to us from China. At least we can say we are thankful to China for something.

The earliest mention of tea is found in the book ‘Ding Yue’ written by Wang Bao in 59 BC. The expression used in the book is ‘Boil tu’ and ‘buy tu’. The ‘tu’ here probably refers to tea. It was during the Tan Dynasty that Chinese ‘tu’ evolved into ‘Cha’. And yes that’s where the Persian Chai comes from that is widely used for tea in East Asia and East Europe. The English tea is from the Min Chinese ‘te’. It was the Dutch that borrowed tea (thee) from China through trade.

Portuguese were the first to take tea from China into Europe in the latter half of the 16th century. However, the proper commercial trade of tea was done by the Dutch who had established ports in Java. Henceforth the first shipment is also recorded by Dutch from Macao to Java. Tea became a fashionable beverage of the Dutch and from there it travelled to other European countries.

Catherine of Braganza surely has a hand in influencing the habit of tea drinking in Britain and introducing us to the concept of tea time. Catherine of Braganza was married to  Charles II  of England. Catherine was from Portugal and tea was a fashionable drink in the Portuguese court where she grew up. As we know the Portuguese were the among the first to take tea from China and it was a habit of drinking tea in Portugal when Catherine married Charles and became the Queen of England Scotland and Ireland.

In May 1660, Charles II was restored to the throne but he was in debt and was short on cash. So it was decided that he should marry a foreign princess who would bring a lot of wealth with her in dowry. After negotiations, it was agreed that Charles II     would marry Catherine of Braganza and she arrived in England on May 13, 1662. His father King John  IV of Portugal sent along with her daughter wealthy goods and of course a chest of tea. Catherine was an avid tea drinker and after her marriage when she arrived in England after a tiring journey she asked for a cup of tea!

Samuel Pepys’s diary entry on 25 September 1660 introduces us to the first recorded reference of tea in England. Samuel writes a cup of tea as something “I never had drunk before”. Tea has reached England but was not popular among the people. It was when Catherine of Braganza arrived did the aristocrats indulged in the habit of tea drinking and making it the fashionable beverage of the court. By 1657 tea was available in coffeehouses along with coffee and hot chocolates.

And the answer to the question as to when was milk added to the tea also lies in Britain. Someone in Britain thought of adding sugar into the cup of tea that was available to them from the West Indies and then milk was added too.

In India, the tea estates were first set up in the 1830s, in Assam. The tea leaves were brought in from China. Oh wait, was it brought in or stolen from China?

China was the only leading manufacturer of tea. And this was during the time when tea was getting popular in England. Britain was purchasing tea from China by giving in lots of silver. So when they ran out of silver they decided to exchange commodities or rather an addiction. British continued to import tea to England in exchange for opium from Bengal. The Chinese ruler realized the intoxication of opium over the country and in 1839 they burned British shipments and the fighting raged. A beverage caused the rift that we now know as the opium war!

England wanted to control the manufacture and import of tea. For this purpose, they selected the land in their colonies in India and an India Tea Committee was formed. However, for many years the local Singhpo tribes in Northern Assam were consuming tea leaves as a picked vegetable. But the committee did not properly investigate the Assam tea and was keen on planting China Bush but failed.

Chinese were not allowing outsiders and their manufacturing techniques were kept secret. And that’s when the plan for the heist was drafted. In 1848 East India Company commissioned botanist Robert Fortune to steal tea leaves from China in disguise as a Chinese merchant. He brought back with him tea seeds, manufacturing techniques, and 80 Chinese tea specialists. The seeds were planted in Darjeeling and Assam. And so India became the leading manufacture of tea leaving behind China.

Indian men and women signed contracts as labourers for a certain period and were exploited by the British. By the end of the 19th-century tea was exported to England from India. But when the production increased, Indians too began to consume tea and even have milk tea just like the British. Traders from Gujrat, Maharashtra, and Bengal began the practice of adding milk since milk was easily accessible to them.

The early tea consumers were the British imperials or high society people. With the opening of Darjeeling Himalayan railways, chai reached the common people from all States. By the 1920s the tea stalls made it to the stations with the kettle stoves and the kulhad and by the 1950s it reached every house and began to be celebrated as the national beverage.

Although Indian might have learned the basics of tea from the British. It is the various changes that were made as per the preferences of the people in different cultures that gave us varieties and changed tea into Chai. Be it the cutting chai of Mumbai, the pink chai of Kashmir, the most brewing and aromatic masala chai, chai from roadside stalls or on the station, But the best ones are the chai in kulhad at highways on winter nights. And we all have that one special Chaiwala whose Chai we find the best in the world.

‘Chai, Chai, Chai…’ oh here comes the chaiwala. Why not take a cup of golden beverage and relax a bit?