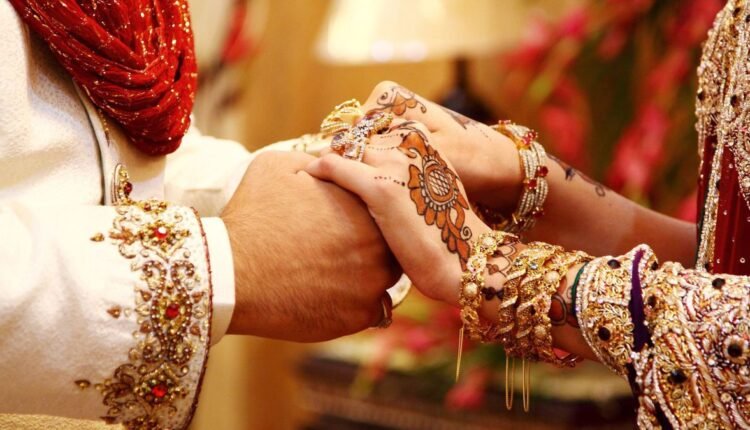 Do Indians Like Interfaith Marriages? The Prejudiced Society – The Second Angle


The Indian government has the Special Marriage Act, 1954 which is central legislation for validation and registration of civil marriage for people all over India and NRIs residing across the world, irrespective of their caste, religion, or faith.

It mandates a 30-day notice period for interfaith couples during which the marriage can be nullified and requires 3 witnesses instead of one. All of which makes it quite difficult for one to register their marriage under this law.

Recently some Indian states like Uttar Pradesh and Gujarat, led by the ruling party have taken additional actions by bringing up legislation that forbids “unlawful conversion” by pressure or fraudulent means.

These laws have been particularly set up to stop interfaith marriages or what they refer to as ‘Love Jihad,’ a baseless conspiracy theory for the marriage between a Hindu girl and a Muslim boy for the purpose of conversion of religion.

The Indian government is forgetting that contemplating laws over interfaith marriage also directly violates numerous rights of the Indian citizens such as the right to freedom, personal liberty, and the right to life.

What is Interfaith Marriage?

Interfaith marriage or mixed marriages refer to the matrimonial union between spouses who practice different religions.

What are the views of the Indian Society on Interfaith Marriages?

According to a new study by US-based Pew Research Center, the majority of Indians (about 84%) say that “respect” for other religions is an integral part of their identity and is quite essential for being truly Indian.

Yet the majority of Hindus believe that belonging from a Hindu community is also mandatory for a person to be truly called an Indian.

Even though a major fraction of the population believes India is a diverse country, a lot of them do not want a person of a different faith as their neighbor. They are also opposed to interfaith and inter-caste marriages and generally prefer making friends in their communities.

More than 50% of the population of all faiths strictly shares the common belief that women of their community should not be married in other communities.

“Indians simultaneously express enthusiasm for religious tolerance and a consistent preference for keeping their religious communities in segregated spheres – they live together separately,” the study said.

The Indian society is standing up against inter-faith love as faith segregation is deeply engraved in our cultural memory and also because marriages are regarded as a sacrament and not only as a social institution in India.

When the love between consenting inter-faith individuals is generally seen cynically as an orchestrated program to lure innocent women for the sole purpose of religious conversion and reproduction alone, a society cannot stand still and is bound to be diminished at some point.

At present, the inter-faith couples are not only facing threats from their families but the government itself, instead of helping them the government is putting more hurdles in their challenging life.

Modernization has helped in advancement but there’s a long way before India can truly celebrate the spirit of secularism and call itself a safe country for interfaith couples. Indian society must understand that interfaith marriage is not a crime but a choice, a choice that is not questionable.

Also Read: What Is The Ministry Of Cooperation Really About?

Is It Advisable To Be Picky When Applying For Jobs? – Mentor Monkey