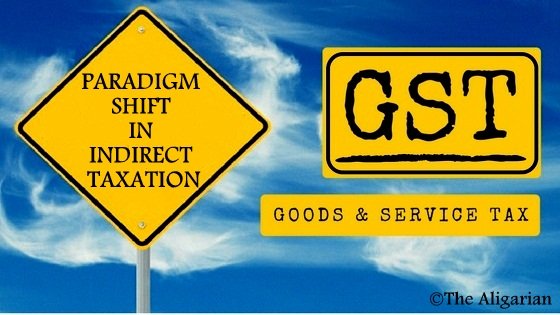 GST i.e; Good  And Services Tax, is it a game changer or a spoiler or what impact does it have on our Indian economy? There is so much hype about it since it was introduced in India on 1St July 2017 as the Constitution 101ST Amendment Act 2017 by the then president Pranab Mukherjee and the Prime Minister Narendra Modi.

So, to understand the concept of what GST is,let us first throw some light on the earlier taxation system prevalent in India and what tax is?

Tax in simple words is nothing but the money that people have to pay to the government which is used to provide public services and in a more technical sense tax may be defined as “A  mandatory financial charge or some other type of levy imposed upon a taxpayer by the governmental organization in order to fund various public expenditure.”

Now coming back to the taxation system, earlier there were two kinds of tax prevalent in India namely-“Direct Tax” and “Indirect Tax”.

Direct tax is a charge impose directly on the taxpayer and paid directly to the government by the person( juristic or natural) on whom it is imposed. For Example: Income Tax.

While Indirect tax is paid at every stage the taxation incident is passed until it finally reaches the consumer, who really bears the burn of it.

But, Indirect taxation in India witnessed a paradigm shift on July 1ST,2017 with usherance into a unified indirect tax regime wherein multiple taxes were amalgamated into a single tax i.e; GST.

Now as to the history goes, GST was first implemented by France in the year 1954 and within 62 years of its advent about 160 countries adopted GST  because this tax has the capacity to raise revenue in the most transparent and neutral manner.

GST is a single tax on the supply of goods and services, right from the manufacturer to the consumer. Credits of input taxes paid at each stage will be available in the subsequent stage of value addition, which makes GST essentially a tax only on value addition at each stage. The final consumer will thus bear only the GST charged by the last dealer in the supply chain, with set-off benefits at all the previous stages

Coming to the framework of GST in India , it has adopted “Dual GST” which is imposed concurrently by the centre and the states. Centre has the power to tax intra-state sales and states are empowered to tax services. GST extends to whole of India including the state of Jammu and Kashmir.

In other words, India being the federal state, adopted two components of GST – Central GST (CGST) and State GST (SGST). Both Centre and States will simultaneously levy GST across the value chain. Tax will be levied on every supply of goods and services. Centre would levy and collect Central Goods and Services Tax (CGST), and States would levy and collect the State Goods and Services Tax (SGST) on all transactions within a State. The input tax credit of CGST would be available for discharging the CGST liability on the output at each stage. Similarly, the credit of SGST paid on inputs would be allowed for paying the SGST on output. No cross utilization of credit would be permitted.

Thus,Taxes subsumed under GST are as follows:-

At the Central level:-

At the State level:-

And as to the benefits of GST are concerned, all tax-payer services such as registration ,returns etc. Would be available online, it will ensure that indirect tax rates and structures are common across the country, there will be minimal cascading of taxes and it will go a long way in reducing the compliance cost.

Thus, GST in itself is a good tax but India has to go a long way to enjoy its benefits concerning its bad financial phase and the purchasing power that can create a huge disparities between the rich and the poor.