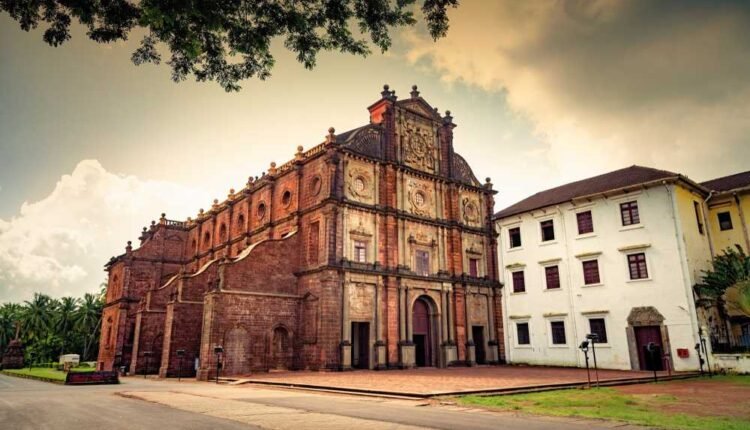 Most Beautiful Churches To Visit In India – The Second Angle


Apart from being just a place of worship for the Christian community, churches are usually set in a picturesque environment making it more of a tourist spot. With its towering architecture and peaceful environment, people belonging to all community, regions and religions tend to visit churches. The most common architecture for a church is the shape of a cross(a long central rectangle with side rectangles and a rectangle in front for the altar space).

Usually churches have a dome or a vaulted space in the interiors to make it appear huge and spacious. All along history the architecture of church has ranged from Ancient to Medieval to Romanesque to Gothic to Renaissance to Baroque. All having their own specificities. Apart from architecture, a church is often called different names like cathedral or basilica.

Cathedral means a principal churches a diocese, with which the bishop is officially associated. While Basilica meant a long hall or building used in the Roman era as a law court or for public assemblies. But now it means a certain church that has been granted special privileges by the Pope.

Churches are known for their architectural beauty. Here is a list of some beautiful church from all around India:

The Sé Catedral de Santa Catarina, is located in Velha, Goa. It is built in Portuguese-Gothic style. It opened in 1640 and the architect known for it is Julião Simão. It is a part of the World Heritage Site, Churches and convents of Goa located in Old Goa.

Christ Church is the second oldest church in North India. Located in Shimla, Himachal Pradesh it was opened in 1857. The worship here is conducted in English and Hindi. It is built in new-Gothic style. The striking feature includes its five fine stained glass windows, each representing a Christian virtue.

The Basilica of Bom Jesus, Goa

It is a Roman Catholic basilica located in Old Goa. It’s construction started in 1594 and is now a part of the Churches and convents of Goa UNESCO World Heritage Site. It holds the mortal remains of St. Francis Xavier. It’s architecture is of Baroque style and Julião Simão and Domingos Fernandes are the known architects behind.

Located in Kolkata, West Bengal the church is built in Gothic Revival Archibald Indo-Saracenic architecture. William Nairn Forbes is the known architect behind it. The cornerstone was laid in 1839 and the building was completed in 1847. It is dedicated to Pul the Apostle.

Originally built in 1503 in Fort Kochi, Kochi, Kerala. It is one of the oldest European churches in India and has great historical significance as it stands as a witness to the European colonial struggle in the subcontinent. It is an example of Portuguese architecture.

The Basilica is built in Gothic style and is known as one the finest and most impress churches in India. Located in Fort Kochi, Kochi, Kerala it opened in 1505. Francisco de Almeida is known as its founder.

It is the cathedral mother church for the Roman Catholic Archdiocese of Pondicherryand Cuddalore. It is built in Herrerian style architecture and opened in 1791. It is known for its mesmerising look and a huge bell tower. It is Cathedral, Parish church.

The National Shrine Basilica of Our Lady of Ransom is located in Kochi, Kerala. It is a large centre of pilgrimage of India, being visited by a million people every year. Opened in 1676, it is a Roman Catholic Church. It is built in Gothic style.

5 Fun Activities For Elderly With Limited Mobility – The Second Angle