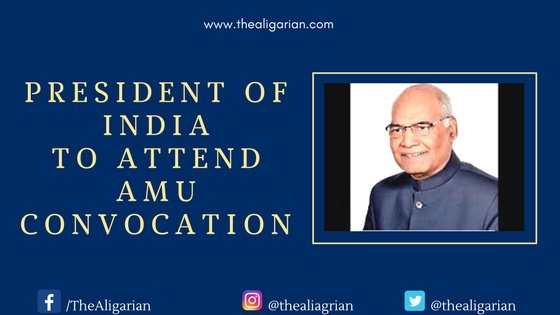 The president has accepted the invitation extended by the university’s vice-chancellor, Tariq Mansoor, they said here.

It is after 32 years that a president will attend a convocation of the Aligarh Muslim University (AMU).

Giani Zail Singh during his tenure as president had attended the 1986 convocation, the sources said.

Former president Fakhruddin Ali Ahmed was the chief guest at the 1976 convocation, Dr S Radhakrishnan in 1966 and Dr Rajendra Prasad in 1951, they said.