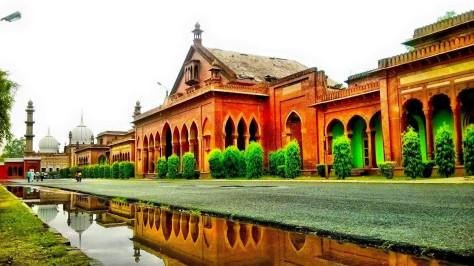 As a run-up to the 65th Annual Convocation in Aligarh Muslim University (AMU) slated for March 7, 2018; the Jawaharlal Nehru Medical College (JNMC) will organize blood donation and eye-donation camps.

Professor S C Sharma (Dean, Faculty of Medicine and Principal and Chief-Medical-Superintendent of JNMC—AMU) said that the blood donation camp on the request of Prof S H Arif (Provost, V M Hall) and the eye donation camp will take place on March 3. Both blood and eye donation camps will be organized in collaboration with the Medical Superintendent, JNMC. The V M Hall will also organize a motivational talk on February 28.

Meanwhile, a plantation drive organized by the Department of Land and Gardens at various faculties, departments, residential halls, colleges, centres and offices of the university is underway.