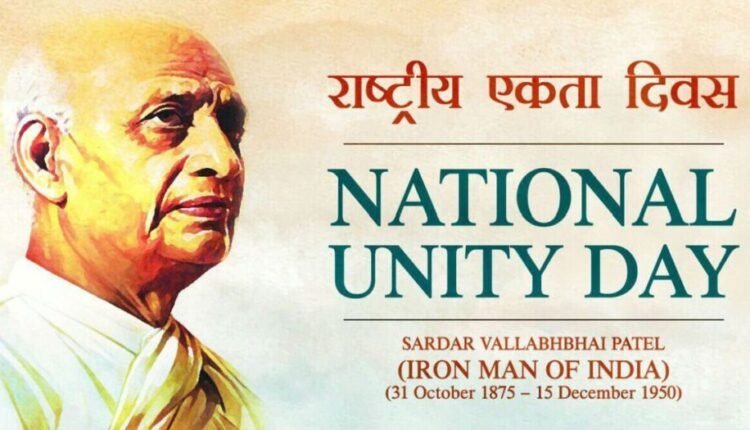 Considering the present scenario on this front, both ‘unity’ day and the idea behind it is extensively debated and controversial at this point in time, here is a look at straight facts. The celebration of this day was to be

“an opportunity to re-affirm the inherent strength and resilience of our nation to withstand the actual and potential threats to the unity, integrity, and security of our country”,

as per the official statement then made by the Home Ministry which also explains the ultimate significance of the day.

In the first ‘Run for Unity’ in 2014, PM Modi had mentioned Patel’s unique and incomparable contribution to the freedom struggle, the Prime Minister even drew parallels between Sardar’s relationship with Mahatma Gandhi and the relationship between Swami Vivekananda and Ramakrishna Paramahansa, which is considered to be the purest teacher-student relation.

Patel had dreamt of the full integration of Jammu and Kashmir with India and had played an instrumental role in convincing several princely states to be a part of the Indian Union. Sardar Vallabhbhai Patel was the sole driving force behind the unification of India, after the departure of the British and the following partition of our country in 1947. He oversaw the incorporation of more than 550 princely states into the Indian union, thereby preventing the possibility of India splitting into hundreds of odd miniature nations.

The seventh and final Nizam of Hyderabad, Mir Osman Ali Khan was widely disliked by the Hindu community, managing one of the biggest provinces in the pre-independence era. He was loved by the British. He gave expensive gifts to the British and considered himself the most loyal servant of the Queen. Nizams and their allies in the Salar Jung family even sided with the British during the Sepoy rebellion in the 1800s.

Nizam was, in fact, the richest man on Earth at that time, but the people in his kingdom were the poorest. Evidently, they were so poor then, that even today, the districts of Gulbarga, Bijapur, and many parts of Telangana, which were ruled by the Nizam in the past, are still struggling in poverty.

When Nizam realized the fact that India was set to gain independence from the British, he got extremely worried about his Kingdom in the Hindu majority of India. He got insecure, paranoid and that destabilized him. As the situation worsened there, Sardar Patel invited a close aid to the Nizam, Kasim Razvi to work out an achievable & reasonable solution.

Razvi was ruthless & arrogant throughout his meeting with Sardar as he wanted nothing less than an independent nation for Hyderabad. In the very first week of September 1948, Sardar Patel called for a high-level meeting with the Indian Army to explore ways to march troops into Hyderabad, and take control of it as a form of “police-action”.

Within 3 days after the initiation of their plan, Nizam resigned and accepted the Indian union. On 18th September 1948, the formal surrender ceremony was held at 4 pm in which the Hyderabad Army, led by Major General El-Edroos, surrendered to General Chaudhari leading the Indian Army.

Razakars surrendered and Nizam’s Hyderabad became a part of India. It was Sardar who could strengthen India and took on 500 princely states single-handedly. If he hadn’t acted upon the situation, today India would have been a collection of banana republics fighting against each other in a continuous civil war like there were in the past, during the imperial rule of several kingdoms.

In October 2018, Modi inaugurated the ‘Statue of Unity‘, sculpted in Patel’s honor in Gujarat, on the occasion of his 143rd birth anniversary. PM Narendra Modi had recalled the ‘mantra’ of “Ek Bharat: Shresth Bharat” and that Sardar Vallabhbhai Patel gave us “Ek Bharat” (United India), and we should all work towards creating “Shresth Bharat” (Foremost India) during the celebrations of Unity Day in 2019.

On this day, the following pledge is required to be read out at State and Central government offices as a token of respect to Pate;l and allegiance to his dream of a united India.

“I solemnly pledge that I dedicate myself to preserve the unity, integrity, and security of the nation and also strive hard to spread this message among my fellow countrymen. I take this pledge in the spirit of unification of my country which was made possible by the vision and actions of Sardar Vallabhbhai Patel. I also solemnly resolve to make my own contribution to ensure the internal security of my country.”

Read:  Gandhi Jayanti: The Teachings of Gandhi That Stands True Even Today

“Be The Change You Want To See In The World”; Young Girls Thriving Global Targets – The Second Angle