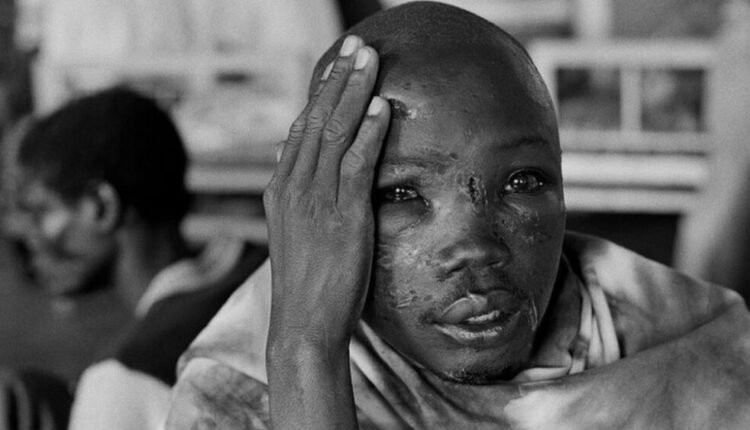 Understanding The Reckoning Of Rwanda Part 2 – The Second Angle


On 6 April 1994, the airplane carrying President Juvenal Habyarimana of Rwanda and President Cyprien Ntaryamira of Burundi crashed near the Kigali airport, resulting in the death of both Presidents. This event was immediately followed by a horrific bloodbath that began in Kigali and quickly grew throughout the country. In the ensuing weeks, the genocidal killing, mainly of Tutsis and moderate Hutus, claimed over 500,000 lives. Also, it triggered a full-scale armed conflict between RGF and RPF.

The Security Council authorized the expansion of UNAMIR troops for the protection of displaced persons, refugees, and civilians at risk, and the provision of security to humanitarian relief operations

Massacres and killings continued to grow in Rwanda at a systematic rate.

The advancement of the RPF forces led to the retreat of a large number of civilians from the areas of combat. At the same time, the relentless inflammatory radio campaigns by the RGF “interim Government” instilled fear among the displaced persons and refugees and further encouraged the flight of civilians.

At the end of April, such fear caused mainly Hutus living in the south-east to flee to the United Republic of Tanzania. Soon, the camps in Tanzania were giving refuge to more than 400,000 Rwandese. Large numbers of corpses were observed floating in the Kagera River, attesting to the grim nature of the killings taking place in Rwanda.

In mid-July, another refugee crisis occurred in the western part of Rwanda as more than one million refugees crossed the border into the Kivu region of Zaire.  Amidst the unsanitary and congested conditions in the refugee camps, a cholera epidemic broke out which was followed by the outbreak of dysentery. It is estimated that 50,000 people may have died from these diseases. Extensive international attempts were marshaled to respond to this situation.

The war and massacres had wreaked havoc on every aspect of life in Rwanda. The whole structure of government collapsed and in the post-6 April turmoil, government offices were completely looted and personnel displaced.

Blow to agricultural production and infrastructure outlines the most noticeable outcome of the crisis along with thousands of wounded Rwandese and countless amputees. It has inflicted incalculable mental and emotional suffering. It was estimated that in large parts of the country, every individual had lost a family member and/or had home and possessions destroyed.

Studying these crises, it is obvious that what led to the genocide was not rage or hatred, but fear: fear that the Tutsis would take Hutu land. Fear that life would return to the pre-1959 order.

Fear that Burundi was a forecast of Rwanda’s near future. This fear reached its zenith in the cumulation of these crises. First, the Arusha Agreements were signed in October of 1993. Two months later, Burundi’s attempt at reform disintegrated as the Tutsi army led another massacre with the assassination of their Hutu president.

It was clear to Rwandan Hutu extremists that this proved that reconciliation and power-sharing were impossible. To close it off, the figurehead of Rwanda’s work towards reconciliation, President Habyarimana and Prime Minister Agathe Uwilingiyimana, were killed within days of each other.

Habyarimana was shot down in his helicopter on April 6h, and Uwilingiyimana killed the next morning. The reoccurring crises that took place in Rwanda fulfill the last of Weitz’s definition, in where he states that some sort of crisis is needed to create a genocide. In Rwanda’s case, it was a culmination of crises that led to April 1994.

It is arduous to pinpoint the exact reason for genocide. Often it begins with petty differences and the realization of distinctions among communities. Acts of isolated violence are highlighted and publicized by authorities for precise gain.

The propaganda of hatred against the marginalized sweeps in, and discriminatory beliefs and actions become the new patriotism.

There is nothing accidental or spontaneous about the brutality of genocides.

Amidst all the chaos and death there can be seen a web that had been spun long before the moment of savagery. A pattern emerges and Rwanda was no exception.

4 Ways To Build A Resume As A College Student – Blog