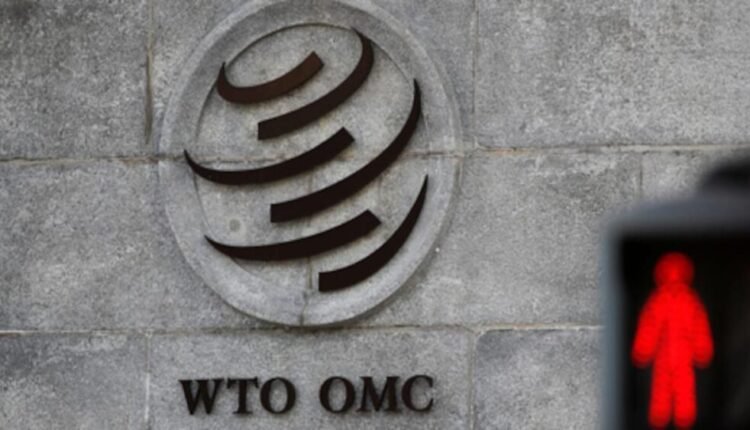 What is the TRIPS Agreement?

Negotiated in 1995 at the WTO, the TRIPS Agreement requires all signatory countries to sign domestic legislation, which guarantees minimum levels of IP protection.

Such legal reforms have enabled innovators to make money from their intellectual property in many lands. In 1998, American companies sued the South African government for using their antiretroviral drugs to fight the AIDS epidemic in the country. In 2001, the WTO signed the Doha Declaration, stating that in a public health emergency, governments could force companies to issue licenses to manufacturers, even if they did not think the price was acceptable.

This provision, often referred to as the “compulsory licensing”, was already built on the TRIPS agreement and the Doha Declaration specified its use only.

Under Article 27 (2) of the TRIPS Agreement, WTO member states may exclude the patent for inventions necessary to protect public health. Section 30 allows members to limit the rights granted to a patent.

This, together with a collection of other tools known as the “TRIPS flexibility”, allows governments to abolish IP rights for public health interest. Under Section 92 of the Indian Patents Act of 1970, the federal government has the power to authorize the issuance of compulsory licenses whenever there is a national emergency or extreme emergency, mostly the new Covid related ones.

Both countries will present a revised proposal on this topic, which will be discussed by the Council on the Trade in Intellectual Property Rights Convention, or TRIPS, in the second half of May.

Significantly, the United States has decided to support this proposal, changing its previous status. This marks a major change in the narrative surrounding the proposed waiver that found the David vs Goliath-Esque rating, mainly due to the severe shortage of Covid-19 vaccine in India.

Many developing countries, members of the European Parliament, and now the US government have joined the two countries in their proposal before the Council on the TRIPS Agreement.

Developed countries, including Japan and the UK, are opposed to the move. In response, WTO Secretary-General Ngozi Okonjo-Iweala proposed a ‘third’ approach that would facilitate the production of comprehensive medicines, without compromising on the basic principles of intellectual property protection (IP).

In his latest statement on May 5, he welcomed India and South Africa’s decision to review the proposal and stressed the need to find a viable, mutually acceptable solution. He also said it was key to protecting research and innovation while meeting the demands of developing countries.

To understand how these developments will affect the availability of vaccines, it is important to highlight how the TRIPS process works, to understand the needs of India and South Africa, and to explore ways to address India’s Covid-19 shortages.

The US has dropped its support following a move by the World Trade Organization (WTO) to temporarily promote patent protection with coronavirus vaccines.

Proponents of the case have been working to make the actual transcript of this statement available online.

Ms. Tai said the US would now start negotiations with the WTO to try to secure a waiver, but warned that this could take time.

India and South Africa have been at the forefront of a group of about 60 countries for the past six months in a bid to secure patents on vaccines set aside.

One hundred officials from 164 WTO countries are said to be in agreement, and a consumer forum is expected to discuss the matter next month.

If approved, advocates say, the cessation will allow the production of vaccines to be increased and provide cheaper prices in less affluent countries.

Over the past 15 days, the daily immunization rate has dropped from 3.2m a day to 2.3m a day. If India wants to vaccinate everyone over the age of 18 this year, it will need to use 7.5m doses daily.

In Mumbai, one of the cities most affected by Covid-19, only five vaccination centers had 18-45s shares, and on the first day of evacuation only about a thousand people received their jabs. In the province of Odisha, only 96 people between the ages of 18 and 45 received the vaccine on the first day.

Shares were so low in Mumbai on Monday that the drugs were discontinued for people over the age of 45. In the densely populated state of Uttar Pradesh in India, vaccines for 18-45s were only given in seven districts. The Delhi government began providing vaccination to those over 18s on Monday, with booths set up at 77 schools across the city but many struggled to find a program in the program.

After a slow vaccination program and the voracity of India’s second wave, experts have warned that vaccines will do little to stem the rise in the number of cases in India.

The shortage of the Covid-19 vaccine has disrupted India’s jabs management program for all adults, with a handful of former Indian countries being able to start vaccinating over-18s amid warnings that the shortage could occur months ago.

Over the weekend, more than 600 million Indians received a coronavirus vaccine in a vaccine launched after a second deadly wave hit the country last month.

However, as many had predicted, shortages of vaccines have shown a major obstacle to release and so far only 12 of India’s 36 districts and union areas have enough vaccines in stock to start vaccination in the 18s, and most only in small quantities. Previously jabs were only available to people over the age of 45 and those with co-morbidities.

On Sunday, according to the health department, only 86,023 people between the ages of 18 and 45 had received their first vaccine.

The state that has infected the largest number of adults was Gujarat, the home country of the Prime Minister, Narendra Modi, where he was formerly Prime Minister and ruled by his party Bharatiya Janata (BJP).

The government has been accused of negligence and lack of planning when it comes to ensuring that there will be enough vaccines for more than 1.3 billion people.

While some countries placed large orders last year, the Indian government placed its first orders in January with only 15.5m vaccine from the Serum Institute, which manufactures the Oxford / AstraZeneca vaccine (known as Covishield in India), the vaccine the most widely treated in the country), and Bharat Biotech, which makes the traditional vaccine Covaxin.

What Are The Best Jobs For Introverts? – Jobs

An Unspoken Crime – The Second Angle