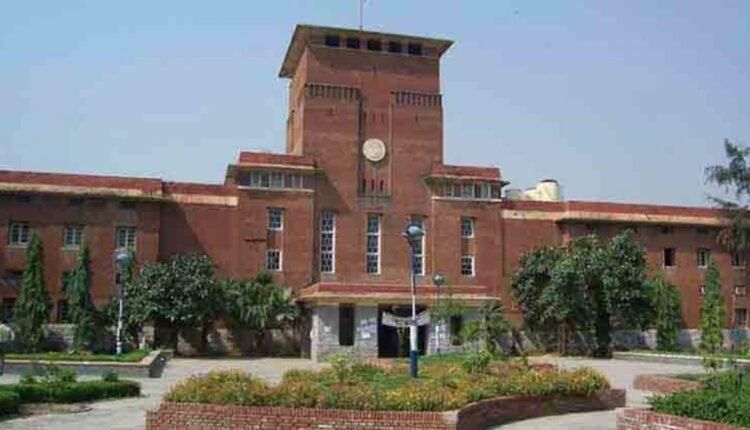 
“The University without students doesn’t seem like a University anymore, but we want to proceed slowly. Campuses shall be opened, but gradually. Demanding immediate action vis-à-vis a global pandemic is not what anyone should look for, we wouldn’t risk the lives of our students”, stated Delhi University’s Vice-Chancellor Yogesh Singh.

While the premier central educational institutions like Delhi University and Aligarh Muslim University continue to postpone the resumption of a full-fledged or for that matter, even partial resumption of the regular physical classes, students are now on their ultimate spree to demand the reopening of university campuses.

After the pandemic hit the entire globe, it is indeed the education that has suffered the most. With students constantly straining their eyes and body over digital screens, hindered regularly by logistical, technical, technological, and financial limitations, education has degraded exponentially, or better to put, has been reduced to a mere formality. Professors regularly cancelling the scheduled lectures and students attending the virtual classes in the sheer greed of attendance are some of the many implications of a ‘virtual classroom system’.

Over time, after the pandemic situation in the national capital and other adjoining regions improved to being nearly normal, students along with selective teachers have come down on the ground to demand the commencement of regular classes, in the loudest of their voices. The Universities on the other hand await a ‘green signal’ from the Ministry of Education and Delhi Disaster Management Authority (DDMA).

Among all the previous collective student efforts on this venture, the latest one happens to be the announcement of a forty-eight-hours long hunger strike to be organized by the members of the All India Students’ Association (AISA) as a means to provide more gravitas to their genuine demand and now they have extended the hunger strike to an indefinite time period, declaring that it shall only end after the university officially notifies for the resumption of offline classes.

“Online classes are in no way a substitute for regular classes, a majority of the student population in the university are from far and wide and thus for them shifting to a new place is not feasible at all, just for laboratory sessions,” stated the Delhi University Students’ Union’s President, Akshit Dahiya, essentially mentioning the fact that the university has been made functional for the third year and postgraduate students but selectively for lab sessions. Naturally, the student footfall stands to be extremely meagre.

According to registrar Vikas Gupta, the central universities shall only be reopened when the DDMA gives a thumbs up for a hundred per cent of students called on the campuses. It is so because keeping a selective upper cap on the figures of students would not be feasible at the university level, given the diversity and sparsity of regions that students come from.

A major reason for the central universities’ apprehensions about opening up its campuses for the students is shared in the fact that the largest fraction of its students come from all across the country and even outside, most of them are from outside the city, to say the least. In such a situation, the authorities have to show utmost caution, for this is an extremely pointy state. Adding on to this fear is the speculated arrival of a ‘third covid wave’ that holds the authorities back in taking any immediate decision.

While a genuine tussle between the students and authorities continues to function, the time is gradually passing at its own pace. Students who had dreamt of being a part of such a great educational fraternity are in some way or the other losing the hope of ever getting the chance to visit their alleged alma-mater. The situation is worse for the ones who haven’t yet seen their college campuses in all their glory.

The latest statements of VC Delhi University, Yogesh Singh as on Tuesday, reveal that withstanding the upcoming festive season and growing demand for resumption, a decision shall be taken following Diwali, since covid cases are expected to rise, given the festive rush.

Also Read:  The Scope Of Commerce Education In India

3 Significance of Socializing in the Workplace