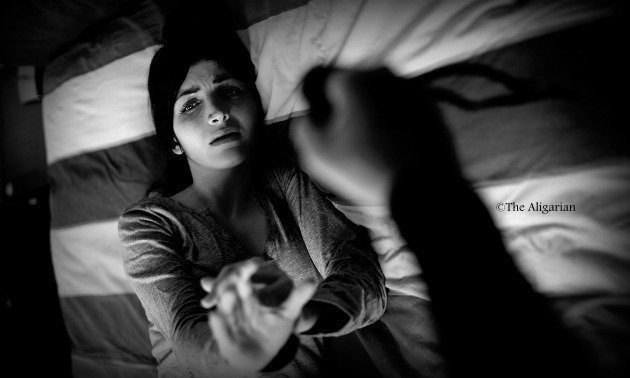 Considering section 375 of Indian Penal Code which talks about “the unwanted intercourse with an unmarried lady or married lady except by her husband is rape”, but WHAT ABOUT THE MARRIED LADY IF THE UNWANTED INTERCOURSE IS DONE BY HER HUSBAND?? Isn’t it a rape? Has the definition of rape changed? Will it now only be called as a non-consensual sex instead of rape?

Haven’t you ever bothered to think about those victimised ladies?

In a country like India, a patriarchy-dominant nation, where on one hand people worship female as Goddess and on the other use them as an object to fulfil their lust. Talking about marriage in a country is like women is submitting herself giving her consent to the sex anytime, anywhere and if she denies then a man has got every right to force her for the same. Now, what here blows you, whether the marriage takes away the right of a woman to refuse to have sex or to save her body from the lust of her husband? Or is it just that a married woman is only an object or a property of her husband who has no right to deliver her NO?

In the past few years, several politicians have commented various things about the concept of marital rape. The Union Minister of Women and Child Development, Maneka Gandhi, has stated that marital rape  “It is considered that the concept of marital rape, as understood internationally, cannot be suitably applied in the Indian context due to various factors, including level of education, illiteracy, poverty, myriad social customs and values, religious beliefs, mindset of the society to treat the marriage as a sacrament.”

Here I would like to interpret it as a completely absurd thing, in a country where we talk about women empowerment and women equality i.e. working on ‘sukanya samridhi’ and then say that criminalising marital rape is going to destroy the social unit of society, we are essentially saying that our society is built on husband’s raping their wives.

Then elucidating marital rape as an international or more specifically western concept is like provocating that women’s autonomy to their body is still something alien to India. Looking further to the point of illiteracy, so yes, it’s about the illiteracy prevailing in our society that this is how marriage is to be maintained.

In a recent case of marital rape, where a 27-year-old lady turned up to the police station to take a stand for herself and but they referred it to CAW(crime against women) cell and was dissolved by declaring as a private matter. On her further plea to the court, where it was assessed in a way that court won’t take a decision on an individual case and she needs to file PIL. As if various acts( eg. Untouchability act, child labour act etc.) came in a consensus with the society.

Proponents of exempting marital rape to be criminalised, serves that it will lead to the misuse of the law as in case of domestic law, so here I like to raise one question, whether by not criminalising marital rape we are safeguarding our constitutional laws? What about article 14 and 15 which talks about equal protection of laws to all persons, isn’t marital rape violating our fundamental rights? Isn’t it violating the right to privacy and bodily integrity, their personal liberty as stated under article 21? And moreover putting more emphasis over misuse, so it lies in the hands of the investigation.

According to the UN population fund, more than two-thirds of the married women in India, ageing between 15 to 49 have been beaten up and forced to provide sex( doesn’t it violates section 498A of IPC which talks against domestic or sexual violence). UN study also states that 1 in every 10 women is sexually assaulted by her husband, 75% of men expect their wives to have sex and that the sexual abuse of women by their husband is 40 times higher than by other.. Doesn’t this data provokes goosebump in you? Why can’t there be a rule of thumb for a devilish act of rape?

Why does our country cover it under the name of sacrosanctity of a social institution called MARRIAGE? Isn’t through this the sanctity of marriage is affected? Why can’t it be considered as a crime in India also like other nations… Don’t Indian women also need their upliftment and protect their fundamental human rights?