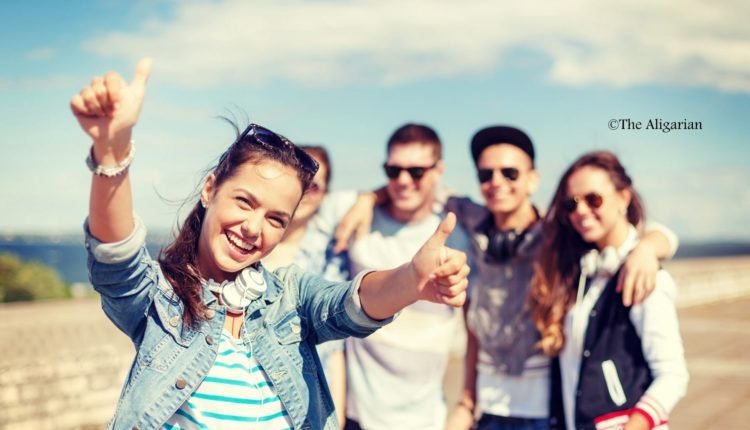 Sometimes it seems that how quickly the time passes.

But actual meaning of it can only be observed by an individual.

The day I entered the class, the first class of my life as a

Student. I saw many of the students of my age were crying but at

that moment I was not aware of the reason. But as soon I saw my

one of those students. But, now, I see , it’s a fact that you join

strange to me at that time are now my second family, closest to my

heart. The fear of separation from them fills me with fear. Bunking

classes, mocking our teachers, stealing lunch of others, couples in a

relationship, many hands in one lunchbox, eating between classes,

not even asking directly taking theirs, requesting teachers for

not taking their games period for completing the course, freezing

in the winter’s morning and waving at the end. The whole comprises

of lot of memories that cannot be explained in words. That joy can

only be lived throughout. It can only be kept safely in our heart

which is storage of infinite memories. Someday, at the age of fifty

or sixty after retirement, with a cup of tea in one hand, mobile in

the other, reading memes with spectacles on your nose, you’ll be

remebering each and every memory of your school life not the

college one. You must be wondering why? It is because that was the

initial stage of beginning of every type of naughty activities. We

learned everything from here, learning to bunking, helping to teasing,

Entertainment due to our innocence and enjoyment.

Life will start. The beginning of the new phase, being adult,

Approximately being legal for everything, being two faced, being

insecure from the outside world, learning to be independent. From

others.The dangerous but most interesting phase where you

will be all alone on yourself, no one will to rely on.

After entering to the college you will be introduced to extremely

new world. You’ll have new experiences that will build up you to

face the real world. But from inside you will be crying to get

those old and tension free days back. The days when you had minimum

college life fills everyone with the thrill and the excitement plus

fear. Thrill for new experiences and fear for entering into almost

new but extremely different world. But the fact which we are all

familiar with is that we have no option left with us. If someone

wants to achieve something in their life. We’ll have to join the

races of donkeys running after the stupid exams which have been

decided by everyone that it will be the one deciding your future.

own hands. It will be the damn society and the biggest and the

bitter fact is that here also you will have no option left. You

skills. Every youth in the world will be having new ideas and views

to change the world but unfortunately it will remain buried in

their heart and mind. Many of the them will decide to move in a

different direction from multitude but only one or two out of

hundred will be able to succeed by giving message to the society.

But again as usual their message will behave like a

personification of a flower, till the message is in the air it is a

blossom flower and as it starts diminish it will be a dead flower.

Many talents being suppressed, not trying to find their inner self’s

to which their talent belongs, their whole life and devoted time

deserves, not able to scan themselves. But all getting in the line

those fields which is not even related to their own field.

But they will sacrifice their interests as in the 21st

century, for money human can do anything. He can learn anything from

being a decent to a moron. But according to human psychology, the

human tends all of this as a right decision. If you opt for

something else, something out of the box, then you will be

Considered as an alien. Most of the youth think out of box but

day by day, being influenced by different thinking people,

their life days is being directly proportional to their thinking

ability as their life days are decreasing, the thinking ability

also is decreasing. In other words, the true face is being suppressed

by our own people.

After some years you will be working and repeating the same

But by the brainless society which does not think about themselves

Rather love to comment about others. And at that moment of your

Life you would be thinking

“If I would have dared to do what I wanted to do I would not have been stuck here.

But then this ‘IF’ comes.