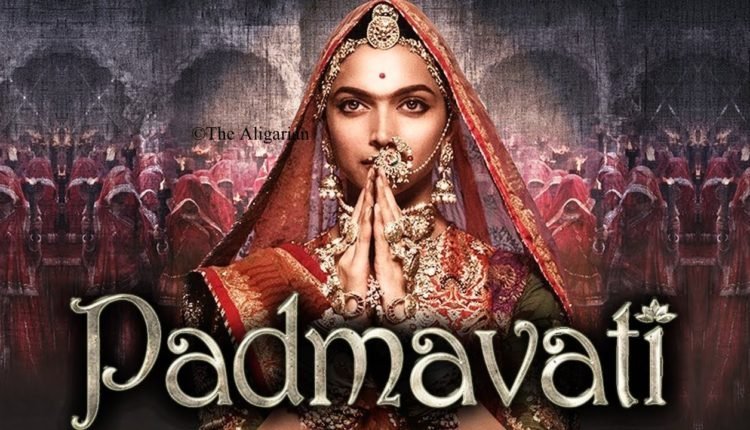 All through our schools, and all through our college classes, we’ve heard a phrase being used by pseudo-intellectual teachers, as well as boring English professors, that has now become clichéd, “History repeats itself”. Often told, and even more often dismissed, we’re now seeing a practical implication of the adage, that is not only worrying, but scary, and also asks us questions that our History classes would have been proud to be a part of. The Padmavati controversy that is now blowing over all the Northern India, and tensing the rest, is taking hues that we’ve come to see, and hate, from the past. The hue of another saffron war-cry against the fundamentals of diversity.

Padmavati, an ambitious cinematic piece of work by Sanjay Leela Bhansali, is a portrayal of a Rajputana Princess, played by Deepika Padukone, and her interactions with the Mughal ruler Alauddin Khilji, and Raja Mehrawal Ratan Singh, played by Ranveer Singh, and Shahid Kapoor, respectively. Sounds like a royal affair, right? Well, unfortunately, that’s what the Shri Rajput Karni Sena and the Hindu Parishad think, staging mass protests and agitations against alleged “characterless” portrayal of the Rajput Queen, with her intimacy with the Mughal prince, and dancing in front of the world, bringing disgrace to their honor.

How exactly the extreme right winged groups judge upon a certain intimate scene in an unreleased movie, is up to be questioned another day. The offense being taken to the music video of the song ‘Ghoomar’, where their glorious queen is made to dance in front of a crowd, raised a few eyebrows, as Rajput women never bared their waists in front of outsider men, claims the Sena. Eyebrows of neutral spectators, though, raised further when many historians, notably, Professor Emeritus Irfan Habib of AMU, told that Rani Padmavati, for all we know, is a fictional figure, first only appearing in a poem, by Malik Muhammad Jayasi, in  1540 CE, where too, her incomparable beauty, rather than invincible bravery, was praised.

However, that the controversy rages, it is not the initial reaction that is the most troubling thing about the issue. The problem lies in the aftermath of the issue. Several BJP leaders, of Madhya Pradesh, Uttar Pradesh, and Haryana, in line with draconian goons, have issued bounties ranging from 5 and 10 crores, for beheading Deepika Padukone and Sanjay Leela Bhansali. And elected heads of State, the CMs of Madhya Pradesh, and Uttar Pradesh, instead of taking it as a blatant threat, and criminal intimidation, are urging the Centre to allow them to ban the screening of the movie in their states, as it may “hurt the sentiments” of particular communities. And this is primarily where history shouldn’t repeat itself.

We’ve seen time, and time again, when freedom of speech, or freedom of life, or freedom of expression, have made the self-righteous extreme Hindutva groups uncomfortable, and subsequently, aggressive. And time and time again, the current ruling party, has taken it out of context as an issue of right versus wrong, to an issue of righteous saffronism versus blasphemous liberalization. As the postponing of the movie’s release slows down some tensions of the hot bed of controversy, it is apparent, that in undermining the diverse and tolerant fundamentals of our nation in favour of scoring brownie points with their primary vote bank, the Saffron brigade play a dangerous game, that usually makes them the winners, and the harmony between various communities as the utter loser, in this sport of electoral strategy.

With elections of multiple states around the corner, and the horizon of 2019 General Elections also in sight, the incumbent government is looking at its tried and tested plot, of abandoning the rhetoric of development agenda, and picking up the communal card to further their chances, which, our gullible electorate, has so far proved to be a good ploy. And hence we hope and say, that this history shouldn’t repeat itself.