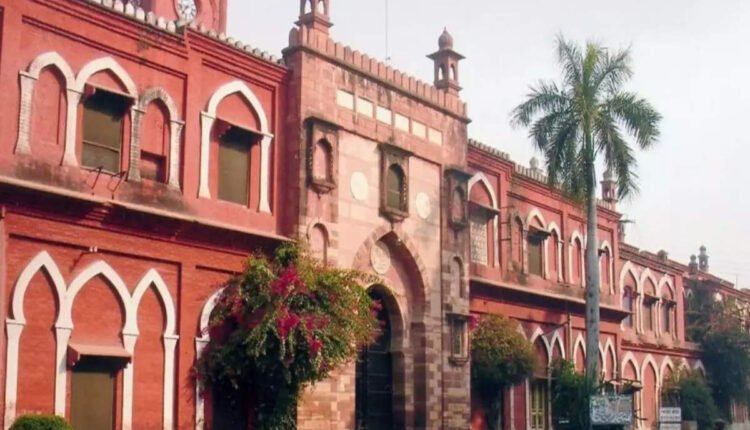 AMU Board Addressed As ‘unauthorized’; A Candidate Gets Rejected For The Army – The Second Angle

Once again the army has raised a query on the mark sheet from Aligarh Muslin University (AMU). This made a candidate lose his job opportunity in the army.

The army recruitment authorities rejected the board mark sheet of a candidate citing it as ‘unauthorized’. It was reported that the ‘The Aligarh Muslim University Board of Secondary and Senior Secondary Education’ was not a part of the state-approved board list.

A candidate called Mursalim khan from Bharatpur (Rajasthan) has passed the 12th class from AMU in 2019. Currently, he is an undergraduate student in the B.Com course.

According to Mursalim Khan, he took part in an army recruitment program and cleared the physical test at Kota. But, during the evaluation of his documents, he was shocked to know that the recruitment authorities had rejected his mark sheet.

They claimed that the list of state-approved boards (by the UP government) with them does not include AMU.  He got a letter that stated his reason for rejection was “an unauthorized board of education”.

The student complained about the same to AMU authorities. Professor M. Wasim Ali said that they have legitimate permissions and documents that prove the AMU board is authorized. Further, the AMU authorities said that the board is listed in the Council of Boards of School education in India also known as COBSE. It received membership in 2015.

The COBSE is an autonomous body formulated by permission from the Government of India. It is responsible for validating and recognizing the school education boards of India. The authorized boards are given a membership through an act of parliament/state legislature or executive order by the government.

The principal of Sayyid Hamid Senior Secondary School (a school under the AMU board) claimed that the AMU has proper certificates that are also accepted under the National Testing Agency.

Many students under AMU, participate in the competitive exams under NTA without any issue and it recognizes the board. He also said that calling the Board unauthorized is a serious problem that should be rectified by the government and official authorities.

When asked about the same, the Deputy Chief Minister and Education Minister of Uttar Pradesh Mr. Dinesh Sharma said that he will inquire into the matter.

There are 10 schools and 2,900 students in class 12th under the AMU. Such incidents can be a big problem for all the students in the future.

This is not the first incident when a student from AMU has been rejected for this cause. There have been several cases where prospective employers don’t accept or discriminate against students from AMU.

Mr. Tariq Mansoor, the Vice-Chancellor of the AMU board said that they have received several complaints about the rejection of candidates, and it is quite worrisome. He wants the matter to be solved at once so that the students don’t face any problems in the future.

AMU has been in the headlines for political demonstrations and religious controversies. In December 2020, during its centenary celebrations, Prime minister Narendra Modi addressed the event through a video conference and said that AMU has now turned into a “mini-India”- lauding its diversity. He also launched a postage stamp for it and spoke about the  AMU student protest against CAA & NRC while encouraging women’s education and empowerment. PM Modi also stressed the goal towards “One India, Great India” and a self-reliant India. Aligarh Muslim university holds a significant position among the oldest universities and institutions for higher education in India.