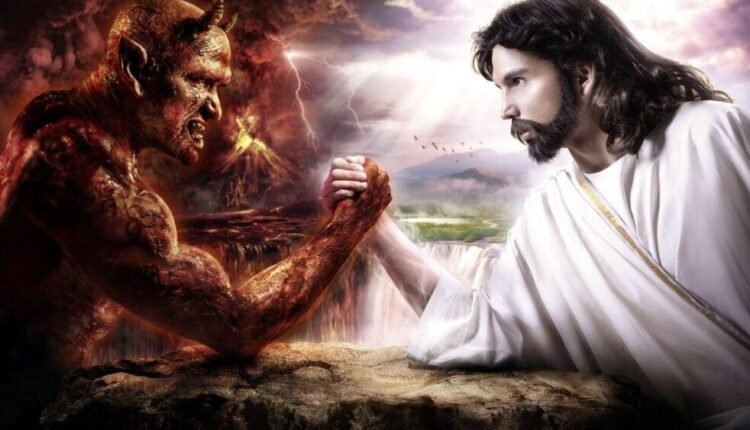 Good And Evil In Literature – The Second Angle

“Inside each of us, there is the seed of both good and evil. It’s a constant struggle as to which one will win. And one cannot exist without the other.”
– Eric Burdon (Singer and Songwriter)

Just like this, there is good and evil in literature too. From children’s fantasy books to classic historical literature, this one theme has been in power throughout history.

Good and evil are ingrained in every faith, civilization, and culture. There are many variations that literature has come up with these two binaries. ​The battle can be external, between an underdog and a corrupted figure, while internal, within one character choosing from two conflicting routes (good or evil) and many more.

How is the theme “good and evil” presented in texts?

Starting from the good, it means good-doers in the story. A good character can be defined as a character with positive traits. A good character fundamentally believes in helping others and fight for the benefit of others around them. A good character comes in many forms—a superhero, an honorable lawyer, a single mother, or a teenager boy or a girl .but regardless of their role, their list of
traits is comprised of good qualities that emotionally connect them with readers.

Whereas, Evil or villains, we may not love them in real life but they are the best part of literature as they are the one who makes the story happen-by being horrifying, dominance on others or refusal of social norms and make other characters active.

During the time of William Shakespeare, it was believed that good came from god and evil came from the devil and Human beings are not responsible for their actions, it is good and evil that were the things that were imposed on them. Like, When someone behaved well s/he was being influenced by God and when someone behaved badly they were in the clutches of the Devil, sometimes demon also.

With the growth of the Renaissance age, a more psychological concept of good and evil began to come into existence. Human beings were now regarded responsible for their own actions and the good or evil within them originated in people rather than some outside agents.

Literature with good and evil
When it’s about literature and good versus evil then the works of William Shakespeare beat the mind utmost.

Othello – A character who is presented with an inner struggle between good and evil. Othello is a man who seems to be good yet easily misguided by his evil “friend” Iago.

Othello loves his wife Desdemona, but his evil side causes him to murder her out of jealousy. His character is a good example of an internal struggle between good and evil. While Desdemona is a character who represents the good sides of good versus evil.

The purpose of her character is to be Othello’s faithful and innocent wife. Unfortunately, evil Iago causes Othello to see her as evil when she is indeed good. So, This play is completely centered around the struggle between good and evil characters and good and evil emotions.

Macbeth – The main character, Macbeth begins as a ‘good’ man, loyal, responsible, and honorable. During the plot, he becomes evil due to the influence of the witches, who are agents of the power of evil. He is led on by the words that he is destined to become a king.

The transition is accompanied by the use of language that vivifies the transition. Initially, he is ‘great,’ ‘good,’ Macbeth, the hero of Scotland. ’ In the course of the action, Macbeth kills his opponents ie; slaughtering the whole of Macduff’s family. He then turns ‘black Macbeth,’ ‘bloody butcher,’ ‘hell kite.’ Malcolm, Duncan’s son overthrow Macbeth, becomes good by being rightful king and creates peace and order in Scotland.
Good triumphed over evil.

Other than Shakespeare’s works

The Chronicles Of Narnia – It is a magnum opus by C.S lewis that deals primarily with the universal theme ‘good’ and ‘evil’. It is a series book which is available in seven series and all series comprise of narratives, relating to the dubious struggle of evil trying to rule the world of Narnia. The evil is represented by the White Witch in the form of a villain who harbors immense magical powers.

On the flip side, ie; good was characterized by a lion named Aslan who possess a pure heart and can be interpreted as the one who protects nice people and fights against evil.

Lord Of The Rings – It is a novel by J.R.R.Tolkien that sharply presents polarity between good and evil.

The evil side plays by an antagonist named Sauron, is wise but his fervent desire for one ring(power) turned out him as evil. Whilst, the good side plays by a protagonist Frodo Baggins, he is brave, selfless, and blessed with a well-suited temperament to counter evil.

Dr. Faustus – It is an Elizabethan tragedy by Christopher Marlowe that too indicates good and evil in the story.

Mephistopheles is a devil and so plays the role of evil, who holds supernatural power which he uses in manipulating Faustus and helps him keeping Faustus missing from the godly touch.
The role of good plays by a good angel, a spirit that urges Faustus to nullify the treaty with Mephistopheles and his master Lucifer and return to good.

Devi Vs Devil: The Fight Against Rape Continues

A Literature In Exile: Recreating Palestine Through Poetry Of Resistance