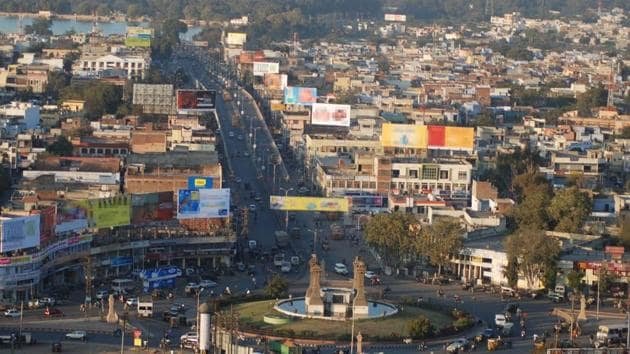 But if one peeps into the whole criteria for selection into such Institutes, one will find that Kota, a city located in the southeast of the North Indian state Rajasthan

But if one peeps into the whole criteria for selection into such Institutes, one will find that Kota, a city located in the southeast of the North Indian state Rajasthan is the sole generator of such students with Coaching Institutes who improvise the whole functioning of a student’s mind that make them deserving for the top Institutes around the nation.

Popularly referred to as “the Education Hub” of Rajasthan, Kota has gained the trust of everyone when it comes to delivering the best education.

It’s no surprise that education forms an integral part of Kota’s economy. Every year a large number of students all around India get themselves enrolled in different coaching institutes and begin their journey towards dreams.

Education in Kota aspires to excel in the overall development of the students. As per the census of 2011, Kota has an average literacy rate of  82.80%, which is much higher than the average national percentage of 64.8%.

Each year around 2 lakh students come to Kota aspire for lucrative options to become doctors, engineers, lawyers, chartered accountants, and many more.

And for them, Kota has set standards by automating every minute task to manage such a huge student database. From the daily attendance sheet, assignment details, class schedules to online fee management, the distinct coaching institutes of Kota are embracing the digital world with school management software.

However, A city that provides students with some of the popular IIT coaching institutes like Bansal Classes, Allen Career, Nucleus Education, AskIITians, Resonance, and Aakash Institute among others are now drastically affected due to the coronavirus pandemic.

Kota has so far become a popular coaching center of the country which has drawn the attention of many by making a turnover of more than Rs 1500 crores.

Presently, Kota has a whipping population of 2.5 lakh students who have enrolled in various engineering and medical coaching institutes.

So what makes Kota one of India’s most well-known and arguably the biggest education hub? To begin with, about 1.65 lakh students travel to the city from all parts of the country.

8 Tips on How to Be More Productive While Working from Home?