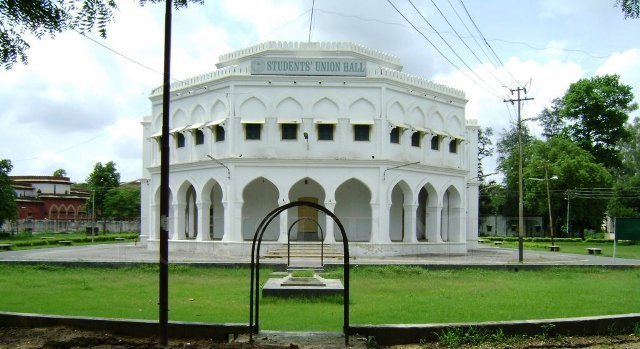 Vote, Support, Dua. A perfect blend of plea that echoes in every corner of AMU during Aligarh Muslim University Students Union (AMUSU) election is a sight enjoyed by every limb of the university.

What not is promised and what not is kept at stake!

Everything from rituals, culture and old-age university etiquettes are being sworn by to win the position offered.

But as soon as the win is registered and chairs are acquired, the welfare of students is gulped with the toast of success and self-needs are being prioritized.

But today, it has just remained a political body serving Its own political needs.

Thus, it would not be wrong to hold the present day AMUSU leaders accountable by questioning them-

Also, besides not serving the purpose of its formation, AMUSU has several times proved to be an organization that has hampered the progress of the general students by acquiring wrongful means and by misusing their power.

On 17 May 2017, a student of AMU Sharjeel Usmani wrote a Facebook post about the then Secretary of AMUSU, Nabeel Usmani and how he used the wrong means for getting his hall ticket despite short attendance.

He wrote-”  This students’ union leader, who in his capacity could have demanded the hall-tickets of all those students who failed to get it themselves should not be addressed by words like ‘baahubali’ and ‘dabangg’  as he has done nothing for the students.”

This post was perhaps too much for the Secretary to digest.

As he quoted the incident as-” He said that he wanted to meet me. We decided to meet at library canteen. When I reached library canteen I found that along with the person who called me, there were 8-10 other people including the secretary. They started abusing and manhandling me and then forced me to sit in the vehicle they had. They took me to the varsity’s swimming pool area which is a kind of isolated place during evening time. On reaching there they started beating me up. The secretary snatched my phone, forced me to put my password and then he deleted the concerned post from Facebook and all the call recordings I had, while continuously abusing all the time. When done, they threatened to murder if I ever wrote against him again and went. I have written a complaint to the varsity’s security in charge in written and have demanded suspension of the secretary and his companions.

This incident turned into the limelight but was forgotten when the secretary apologized.

But if this was not enough another eye-jolting incident took place where, the Women’s College Students’ Union list of guests did not go well with some student leaders of AMUSU, who found Ms Arfa Khanum as the speaker. They found a loophole in her tweets and wanted her to seek an apology. It got support from fringe religious activists who always think that Islam is in danger and needs saving. It was supported by former Netas and regional lobbyists. Some non-students wrote detailed posts on Facebook challenging and threatening, though they have no business with the university. Some graduation students rebuked WCSU for not inviting Hadiya but they got trolled when it was told that Hadiya preferred skipping the event for security reasons.

After a section of male students of the Aligarh Muslim University (AMU) ganged up against women students and tried to derail a feminist event, the venue was changed and the second day of the Women Leaders summit was held on the campus of the Women’s College on Wednesday, instead of the main AMU campus. However, the summit was held with great dignity and senior journalist Arfa Khanum who was not allowed to speak on Tuesday was finally able to address the audience.

Similarly, a programme called LawCorpNect1.0 organised for Training and Placement Office (general) in collaboration with Students of Law faculty was scheduled to be held on 20th April,2019 ,the same day when “Recrufest5.0- mega job expo”, the union’s event was scheduled which was also in collaboration with The Training and Placement Office ( General).

The Secretary, AMUSU, Huzaifa Amir,  who was the convener of the event Recrufest 5.0 came forward asking for the event LawCorpNect1.0 to get merge with Recrufest 5.0 and be held under the same banner.

On being denied, he got anxious and pressurised the authorities to accept his demands.

Later, as a result, some organizers, as well as guests, step back and hence, LawCorpNect1.0 which was open to all get confined to law students only.

As evident from the Incidents, it is not about-“ Is AMUSU Really for Students?” but most importantly it is about till when we will keep choosing such carpetbaggers as our leaders who only care about their political careers and are least concerned towards the student welfare.

I think, it is time to answer him as well as the other opportunists Netas and the whole nation that “WE THE STUDENTS OF AMU” are ready to turn the tables and make our university  free from such Carpetbaggers and political miscreants thus making it a better place for all of us and for the whole nation because as the saying goes-“Jo Abr Yahan Se uthega, Vo Sare Jahan Par Barsega!”

NOTE: If you have any similar Story on AMU Mail us at contact@thealigarian.com

we will publish your story, will keep your identity secret.