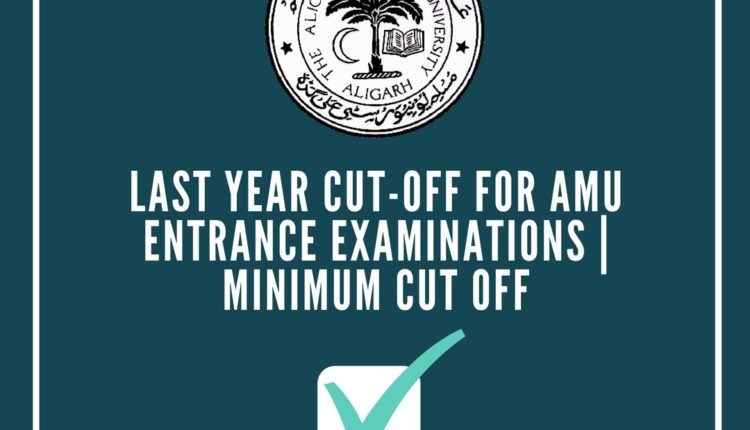 It has always been a dilemma for the students that how much should they attempt in order to gain admission into the University’s elite courses. This confusion is most in the case of Test Courses as the competition is very high and unpredicted every year. The major courses that are most sought for are S.S.S.C (Class 11), M.B.B.S/B.D.S, B.Tech/B. Arch, C.E.T (Professional Courses) and the Departmental Graduation Courses.

Last year cut-off for AMU Entrance is the most asked question regarding Admissions in AMU, and the fact is that generally, students do not get an appropriate answer to it. In this post, we have tried to solve this problem in a true way to the best of our knowledge.

The first thing that all the aspirants must be aware of is that AMU never officially releases the cut-off for any of its Entrance Examinations, whatever we see on sites, hear from people is always a guess and not the exact. Since no data is ever revealed by AMU regarding its Admissions, the students must not completely rely on the Cut-off data that they find somewhere.