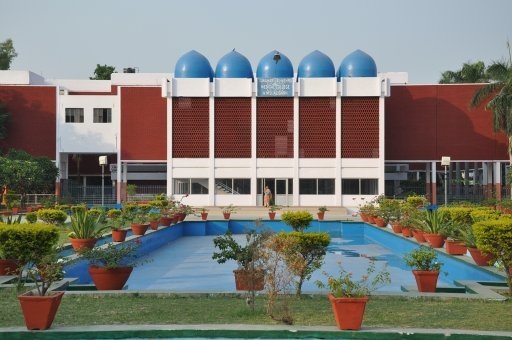 By The Aligarian Desk Last updated May 23, 2020
0
Share
Advertisements

The COVID-19 pandemic has exposed some of the old divides in society but it has also bridged some frictions as well. One of them came to light on Friday in Aligarh Muslim University’s Jawaharlal Nehru Medical College when a 60-year-old businessman and RSS pracharak went home after successful treatment of the virus. “When I was admitted to JNMCH, I had some doubts, but the hospital staff took very good care of me. Meri tan, man, dhan se sewa huyi,” Shyam Sundar told The Hindu.

Describing the doctors and paramedical staff at JNMCH as “desh bhakts” (patriots) and warriors in the fight against coronavirus, he equated them with “devtas” (gods), whose feet should be touched. “When I came here on May 13, I was in a very bad condition. I needed artificial oxygen but today I feel completely healed,” he said.

A front-line hospital in the fight against COVID 19, JNMCH was under fire from certain BJP leaders. A local MLA even held it responsible for the spread of the virus in the city.

Mr Sundar hailed the principal, Shahid Siddiqui, for giving personal attention to every patient. “Every day, he would ask me, Shyam Babu, how are you.”

Prof. Siddiqui said Mr. Sundar was an elderly person but, thankfully, he didn’t have any co-morbidities. “When he was admitted, he had bilateral pneumonia and fallen oxygen saturation. He was given high flow oxygen for a couple of days.”

On how he might have got infected, Mr Sundar said he might have contracted the virus from the chain of prominent real estate businessman who passed away because of the infection.